“Blade Runner 2049” is not a pretty picture of the future. Los Angeles has become a single slab of eternally rain-soaked skyscrapers, the only traces of color coming from gigantic, intelligent holographic advertisements. Apartment building hallways are cramped with the homeless and sick. Flying, heavily armed cars race across the sky as oppressive, electronic tones courtesy of Hans Zimmer blast in your ears. It tells you immediately that the world you see in front of you is oppressive, unpleasant.

In the midst of this neo-noir destitution, artificially created humans called “replicants” continue to be produced for slave labor. Specialized LAPD detectives called “blade runners” hunt down the older models, many of whom just want to be left alone.

Officer K (Ryan Gosling) is one such “blade runner.” It quickly becomes clear that K is not a particularly remarkable person; he’s very robotic, stone-faced and unemotional. Although he occasionally questions the ethics of his job, he still carries it out, believing he has no choice in the matter. Even if the film doesn’t dig too deep into initial motivations, K still serves as the catalyst by which the film asks questions regarding the nature of the human and the artificial.

For instance, take K’s holographic girlfriend, Joi (Ana de Armas). Although copied and pasted from a mass-produced template and encoded onto a thumb drive for the sake of portability, Joi manages to demonstrate a degree of self-awareness. In a stroke of brevity and intelligence, the film never quite makes it clear if her growing independence evolved by itself or was programmed into her. Even though she has at least a small degree of freedom of movement, Joi yearns to overcome her existence as a mere product, seeking emotional fulfillment. I’m not familiar with Ana de Armas or her work, but I think she certainly has the chops to tackle more dramatic roles in the future if she so wishes. 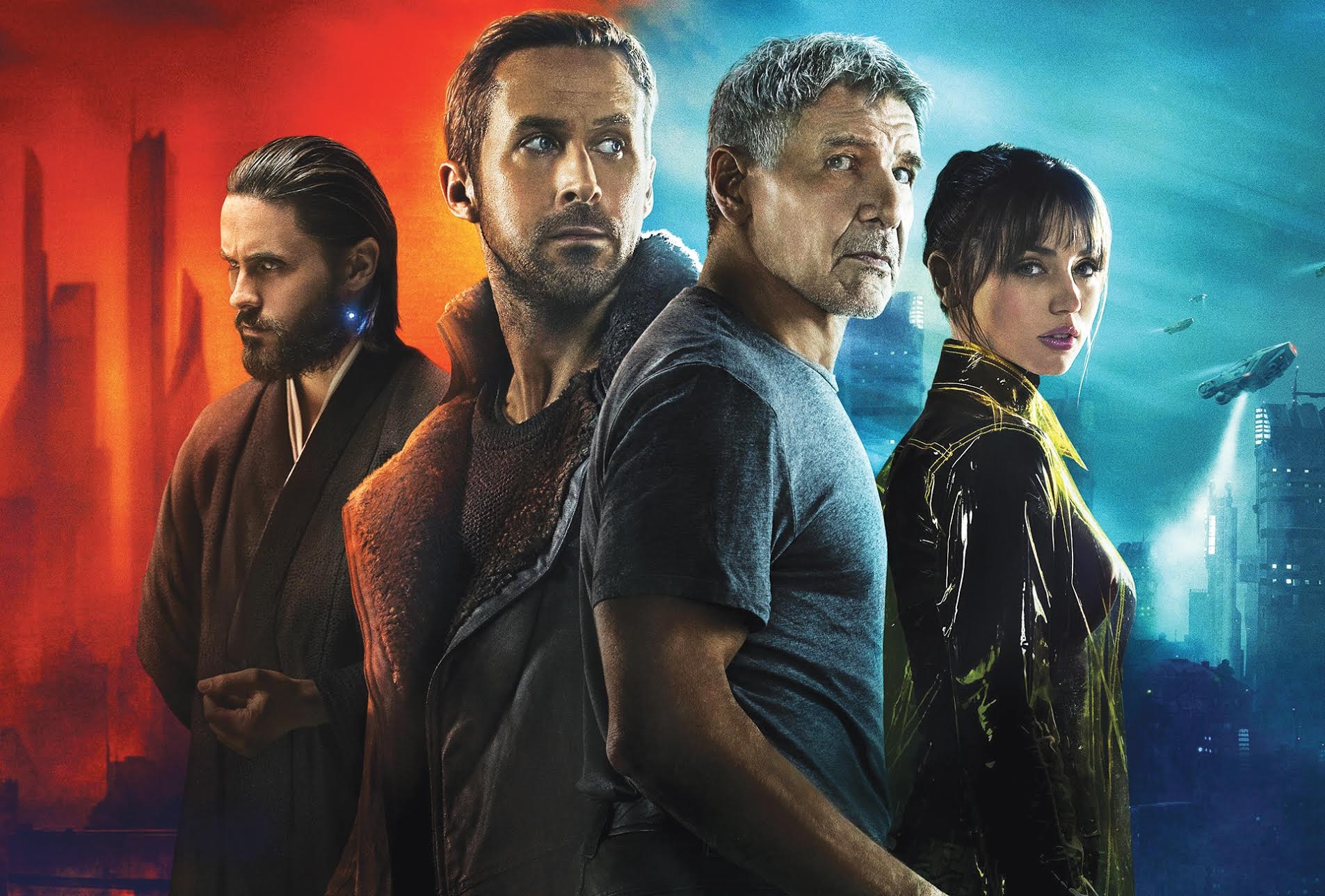 Courtesy of the Movie Database

This desire to be human, or to transcend it, is the thread holding the entire post-Ridley Scott tapestry together. What looks like a very bland story on paper — a cop uncovers a conspiracy with huge ramifications for society — delves into K’s past and forces him to ask himself questions about himself and what it all means for him and for the replicants. The movie continues the story from the original “Blade Runner” in a fascinating way that subversively pulls on tried-and-true sci-fi tropes.

In the process of K’s investigation, we are introduced to Jared Leto in a role that allows him to spout the most forgettable philosophy babble I’ve heard since “Transcendence.” He’s the face behind the faceless entity that is corporate greed, and as antagonists go, he’s not up to snuff. He emotes very little and there is hardly any backstory present to flesh him out. His henchwoman Luv comes across as more complex, if perhaps a little contradictory. Perhaps, if you listen closely as Leto goes on about the nature of replicants in his silky tones, you might find yourself being lulled into a nap.

On the flip side of Mr. ASMR, “2049” brings back original “Blade Runner” protagonist Rick Deckard (Harrison Ford). While Deckard doesn’t show up until toward the end of the second act, he ties into K’s story in a fascinating, even subversive way that pulls from the events and consequences of the original film. Anyone looking to catch a bone regarding the long-persisting theory regarding whether or not Deckard’s a replicant isn’t going to find anything to gnaw on. It’s no longer his story to question the nature of humanity but instead the implications of it being able to evolve.

Yes, yes, the movie is not just a philosophical slog, I promise. You’re still going to get some shootouts and good ol’ robot fisticuff brawling. There’s entertainment to be had, but this isn’t joining the likes of “Fury Road” and “The Force Awakens” among the pantheon of 30-years-later blockbuster action sequels. “Blade Runner 2049” takes its time to get to its payoff — perhaps a little too much time. There’s so much excess that an entire subplot alluding to a replicant revolution goes absolutely nowhere. Sequel bait, perhaps? “Blade Runner 2079”?