With a strike of his versatile bow, Andrew Bird transformed a standard lecture hall into a fine-tuned orchestral venue. His sheer musical talent gives way to an unequivocally enticing and nimble sound. Bird is well-known for his virtuosic violin technique along with expert whistling, vocals and intermittent additional instruments. This previous Saturday, Oct. 14, his cult following did not disappoint, completely filling Campbell Hall.

The minute I took my seat, I tuned into anticipation-filled murmurs from the crowd; audience members remarked on Bird’s extensive set-up compared to previous performances. Bird silently arrived onstage as the lights shut off to accommodate his hushed entrance; the soothing sound of his electric violin immediately followed. Bird began with notable pieces from his newest album, Echolocations: River, an eight-track album recorded while he was standing in the Los Angeles River.

Behind his aslant silhouette on stage, the visual recording of Echolocations: River played on a backdrop. Bird plays the violin in sequence with the video projection. The violin’s ring bounced around the auditorium, a soft bowing along with poignant staccato. I wondered why Bird did not play the entirety of the melodies live until I grasped that he was acting as his own “echo” for the astonishing live experience of Echolocations. He focuses on reverberating to his own tracks, allowing for a sweet-sounding resonance. After playing roughly three tracks of his newest album, Bird reverted to performing Echolocations: Canyon, part one of his newest album. At this point, the backdrop began to project bright lineaments that coalesced, representing the landscape corresponding to each album title. The mesmerizing, contouring lines morphed exquisitely to complement the music of Bird’s violin.

It wasn’t until his debut of Echolocations came to a halt that Andrew Bird began to speak, enchanting the audience with his soft and somewhat carefree voice. He informed the crowd that he worked with NASA in order to contrive the rather hypnotic backdrop by using geodata to contrive a three-dimensional spatial render of the locations in which Echolocations (part one and two) were recorded.

Bird then transitioned from Echolocations to what he considered a more traditional setting, inviting two of his other band members, drummer Abraham Rounds and guitarist Alan Hampton, to the stage. He enthused the audience with a seven-minute rendition of “Capsized”, accompanied by pleasing effervescent light transitions behind him. Bird confidently moved through several pieces, including “Why, Are You Serious,” Roma Fade” and an upbeat unreleased song.

“Why,” one of his more popular songs, is revered for its dreamy tone and aloof vocals that blend fittingly with the song’s lyrics. He admitted the second-person narrative of the song that sings “How I wish it was your temper you were throwing / Damn you for being so easygoing” is actually a reflection on his own passivity. This comic self-deprecation roused laughter from the wholly involved crowd. 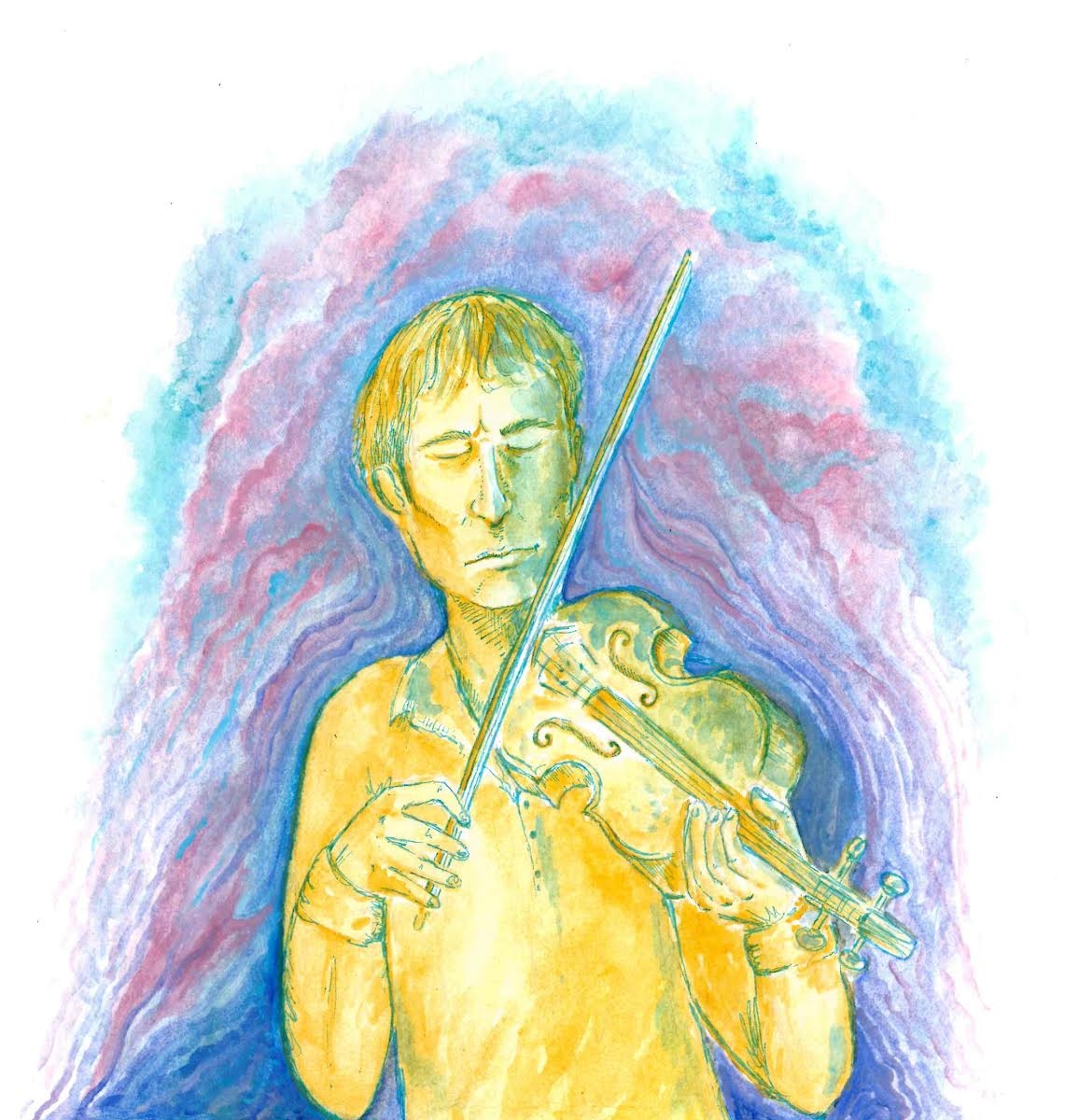 Bird topped the series of fan favorites with the quirky and generally adored “Roma Fade.” “That song is incredibly difficult to play,” Bird admitted at the end of “Roma Fade.” He then brusquely unplugged his electric violin and moved over to an intimate acoustic setup on the side of the stage.

The next series of songs were an incredibly moving and expressive bunch, including “My Sister’s Tiny Hands,” “Orpheo” and “Three White Horses.” For these songs, the mood shifted to a more folkloric, tale-telling atmosphere. Bird showed clear emotional divestment through this acoustic performance; the soft vibrato of his violin allowed for an immense melodic anticipation.

He ended the show with the highly awaited “Pulaski at Night.” Unfolding the story behind the song, Bird said, “It was [inspired by] a foreign exchange student visiting us from Thailand who said, ‘I want to see ‘Pulaski at Night.’ ” This statement was followed by bursts of laughter. Bird himself found this to be amusing because “Pulaski” is “a fascinating street that runs the whole length of Chicago and the whole west side — but it’s a tough street, he disclosed.

I gave Bird a standing ovation at the conclusion of “Pulaski,” a song I had been waiting to hear all night. He thanked the crowd for a wonderful night and humbly walked off stage. My expectations were exceeded by his talent and capability to put on a fascinating show. But as I looked at T-shirts being sold near the exit, I heard the soft sigh of his violin return from inside. I quickly made my way back into the venue to witness Bird playing a cover of Neil Young’s “Harvest,” as well as his own “Danse Caribe.” Bird undoubtedly gave an exceptional show filled with finger-pickings, new songs, talented vocals and homages to favorite artists.

I had a chance to speak with Jenny, a recent graduate and engineer as well as a six-year-long fan of Bird, after the show. She remarked that “Pulaski at Night” as well as Echolocations: River were a surprise to her, proving the ingenuity of Bird’s performances.

Bird’s fans “bowed down” to his impressive sound-craft and engaging performance. I was personally amazed by the gentle yet incredibly passionate musicianship I experienced during the acoustic segment of the concert. His live songs were performed with a unique timbre, paralleled by recorded versions, giving an extremely genuine touch to the performance. The same way Bird is able to merge the manifestation of multiple instruments, he is able to mingle multiple genres into one whole.