The University of California Student Association (UCSA) will mount three undergraduate campaigns fighting for students’ rights for the 2017-18 school year: UC Sustain Our Students (SOS), reIGNITE and We Are 3D. 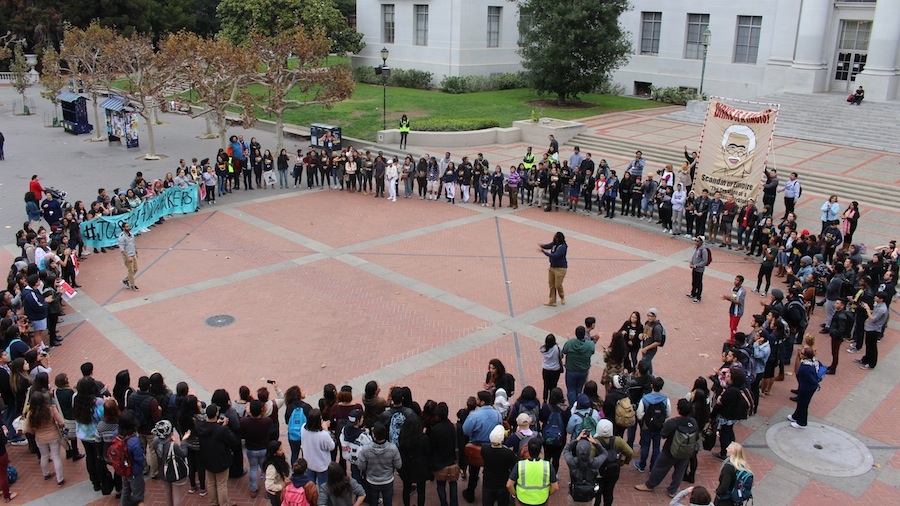 The campaigns are created by students across the 10 UC campuses, and each year one campaign is voted on and selected at the UC Student Organizing Summit. Each campaign lasts two years. As a result, each year typically sees one returning campaign and one newly elected one.

“By selecting them as UCSA campaigns, UC students are committed to increasing awareness and seeking solutions that can address these issues,” Hsu said.

We Are 3D, the newly-elected campaign, will advocate for an increase in resource allocation for disabled, chronically ill and neurodivergent UC students. The campaign is currently advocating for a free 24-hour transportation service, increased accessibility to classrooms and health insurance for pre-existing conditions.

The UCSOS campaign will address the widespread food and housing insecurity prevalent amongst UC students. The campaign organizers are currently attempting to coordinate a UC hunger and homelessness week and hope to establish a standard of living for students at a UCSA meeting with UC President Janet Napolitano in two weeks.

reIGNITE focuses on the same issues addressed by the 2013-2015 I.G.N.I.T.E. campaign, which discussed the school-to-prison pipeline, issues of diversity on UC campuses and UC campus climate.

According to Nushi Yapabandara, a fourth-year philosophy major and reIGNITE cofounder and campaign coordinator at UCSB, a total of $6,000 from UC student fees is allocated for the campaigns, though the funds are not necessarily distributed evenly among the three campaigns.

This is the UCSOS campaign’s last year, while UCSA is solidifying reIGNITE as a permanent campaign renamed as permIGNITE.

“Many of the system-wide issues that students organize around cannot be fixed in one to two years but it is extremely important that we do what we can with the time we have,” Hsu said.

Yapabandara said she worked to bring a resolution to UCSA asking to make permIGNITE a permanent campaign to carry out the campaign’s long-term goals.

Daniel Nagey, UC Davis’s undergraduate representative for the UCSA Board of Directors, explained that the reIGNITE campaign plans to work towards affirmative action, establishing a UC-wide UC Police Department oversight committee and a student bill of rights at a university-wide level.

Nagey said the two UCSA campaigns had “pretty low” success rates last year, which he attributes to the November elections. He said he believes last year’s political climate made UC student governments and the UCSA board feel hopeless, but said he was optimistic for this year’s campaigns.

“This situation obviously still is bad, but the shock is not there,” Nagey said.  “I’m hoping that we can push through and get these demands met within the year.”

Correction: Nushi Yapabandara is a fourth-year philosophy major, not a third-year, as previously reported.

A version of this article appeared on page three of the October 12, 2017, print edition of the Daily Nexus.