The Daily Nexus
Opinion
We Can No Longer Ignore the Fraternity Problem
October 11, 2017 at 8:14 pm by Ali Abouesh 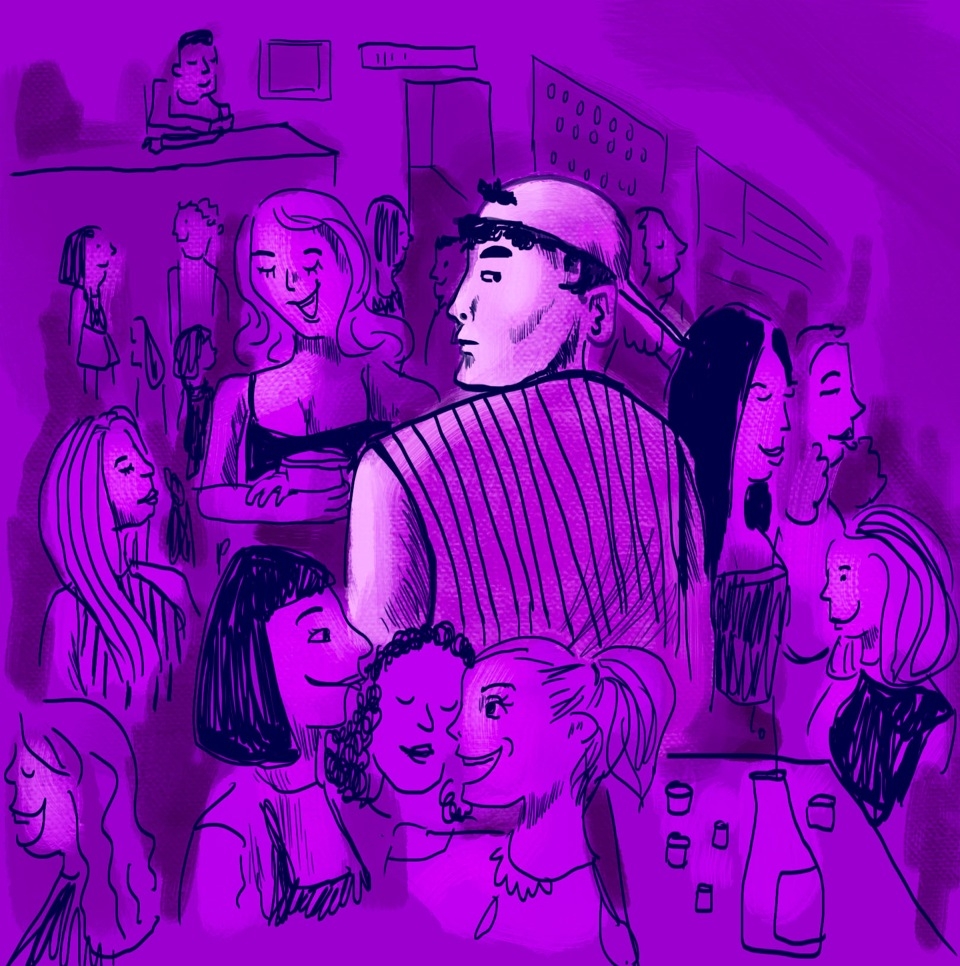 There is nothing more conducive to a healthy environment and success than balance. It does not take much searching to find evidence of this fact; everything from cooking and making sure you have the right proportion of all ingredients to belonging in healthy political systems with a good balance between ideologies to even choosing your outfit in front of the mirror every morning. With that knowledge, it is important to bring up a clear imbalance in university life and the proverbial elephant in the room: fraternities. Fraternities are utterly toxic for the balance of good campus life because of the rampant sexual assault from within, and ultimately they are not worthwhile organizations to join.

The problems that fraternities cause to campus life have deep overarching implications that go beyond mere disruption. A study conducted by the University of Minnesota found that fraternity members were 300 percent  more likely to commit rape than men not in a fraternity. This study is not an anomaly. There have been several studies that have concluded that fraternity members are more inclined to acts of sexual aggression. There may be an inclination to shrug off this study as a one-off, but really think about it. We all hear horror stories every year of girls getting raped at fraternities. Except we forget that they are not stories; they are living, breathing and undeniable truths that we have to face. There are some fraternity members, even some here at UCSB, who do not know the meaning of the word “no” and should be considered rapists. And while rape can and does occur outside fraternity houses, it is not one and the same.

A party thrown on DP and a party thrown at a fraternity are vastly different. If this crime were to occur at a party on DP, there would be little reason not to report or intervene. You can easily call for the person’s friend to come take them home, put the party on pause or do whatever you need to do to stop it from happening. Fraternity parties, on the other hand, are a bubble; for a few hours the only people who are in control are those who are members of that house. For a few hours you are in a microcosm of their own design, and that makes stopping what’s happening much more difficult. If a friend is outside, they would have to be allowed back in by the security that the frat hires, and that is not a guarantee. Pausing the party is possible, but it would be a very tall order. But above all, fraternities have much more to lose by reporting a crime. They risk suspension or even being kicked off campus, which has devastating financial and social consequences.

There is an imbalance of priorities at fraternities, and young female college students across the country are the ones paying the toll.

I am not going to paint all fraternity members into a monolith because there are some upstanding fraternity members at this school and across the country who would report it if they witnessed this heinous crime. However, it cannot be denied, with all the headlines in the news and what we hear around campus, that there is a serious sexual assault problem that is unique to frat culture. A study conducted by Lehigh University on the subjects of fraternities and sexual assault stated, “Although individual men are the ones who rape, we found that some settings are more likely places for rape than are others. Our findings suggest rape cannot be seen only as an isolated act and blamed on individual behavior and proclivities, whether it be alcohol consumption or attitudes. We also must consider characteristics of the settings that promote the behaviors that reinforce rape culture.” Despite strict regulation and regular training on the matter, it seems as if the sexual assaults are not stopping. The problem is rampant among fraternities, and it seems as if the culture that they create is why it continues to happen. There is an imbalance of priorities at fraternities, and young female college students across the country are the ones paying the toll. We have to ask, “Is it really worth it? Is it worth all the potential damage that can and normally does come with a fraternity?”

This problem is even worse at schools with more prominent Greek systems. At some of these universities, the Greek system is the only outlet for night life, which sets up a predatory environment that is completely unconscionable. It is absolutely unfair that a young woman who only wants to have a fun night out with her friends has to have a fear for her safety in the back of her mind at all times. The distribution of power at these schools is unbalanced in the fraternity’s favor, which makes it difficult for young women to tell the stories of what happened to them for fear of not being believed or being ostracized. Even here at UCSB, this fear can and does happen.

The fact that many of the perpetrators are protected by their organizations and that not enough men are willing to speak out about this problem only makes things worse when it comes to the pursuit of justice.

I understand that people join fraternities to find a sense of community and make friends with others. I’ll even acknowledge that they do contribute to the community at times with philanthropic endeavors. However, these benefits are not exclusively found at fraternities. At UCSB alone, there are more than 500 different organizations and clubs that register with the Office of Student Life every year. If you’re looking for a sense of purpose, or if you want to contribute to the greater good, you are not bound to a fraternity. If it is the social aspect that you’re after, it’s not as if these clubs don’t have their own parties. And at these parties you’d be around people with the same interests as you, not a group of strangers to whom you’re paying thousands of dollars for the privilege of being around them.

Above all, fraternities are not worth the trouble they cause.There have been too many incidents of them ruining a community in the blink of an eye and getting away with murder. The power they hold at exploiting young women everywhere is clearly an imbalance that needs fixing. The thought of another person having to go through a rape and then being powerless to do anything because the fraternity has too much power and can pressure her socially or otherwise to not report is heartbreaking. The fact that many of the perpetrators are protected by their organizations and that not enough men are willing to speak out about this problem only makes things worse when it comes to the pursuit of justice. I am not against all fraternities or all fraternity members; I am against injustice, and they just so happen to be massive perpetrators of injustice.

Ali Abouesh wishes to shed light on the exploitation that continues to occur in fraternities around the country.

this is just clickbait

I loath everything about the fraternity system but this is just terribly written and riddled with fallacies. Try taking this to a real journalist and get their feedback so that, next time, you can make your point without people disregarding it immediately.

This has to be one of the most poorly researched and written opinion articles I have ever read…what an embarrassment for the Daily Nexus, you used to have some thoughtful and credible content

“Ali Abouesh wishes to shed light on the exploitation that continues to occur in fraternities around the country.”

Wonder how many of the above comments are from frat members.

1. Okay here’s something you’ve got to understand; I see you have a pretty full opinion on this issue, but unfortunately you don’t have any solid evidence to back it up except for two random studies that occurred in a totally different university setting and which you didn’t really go into it. Do you have any evidence for fraternity guys in ucsb specifically committing a higher rate of sexual assault? Because you’re talking about this like a community problem here so probably should have proof pointing to that it is. Because the fact is that the numbers show there’s actually… Read more »

Excellent comment. Glad to see sanity in the comments, even if it isn’t in the article.

Did you even bother to read the sources you cited because I did and found that rather than read the actual source material you seemed to have just read an article which incorrectly cited the source material? The source material does not say that men in fraternities are over 300% more likely to commit rape. They are 300% more likely to commit sexual coercion. This is not rape as rape has its own category and such acts do not qualify as rape because the woman eventually agreed to have sex without the use of physical force. To give you an… Read more »

Was this google translated from another language…?

Interested to see what BJS study you pulled the stats in the print version of your article from. As the BJS report from 2013 that brings up these sexual assault and rape stats shows that 20%, not the 4% you listed, were reported. Also, you use that report (incorrectly) for a number you like, but why not bring up how the number of rapes and assaults on campus have decreased heavily over the last two decades based on the studies you looked at?