Isla Vistans will gather at a vigil tonight in honor of nearly 60 people who died Sunday in a mass shooting at a country music festival in Las Vegas, Nevada.

The tragedy hits close to home in Isla Vista, where a mass shooting took the lives of six students on May 23, 2014.

Jay Pannu, a 2015 UC Santa Barbara alumnus, was visiting Las Vegas this weekend. He didn’t attend Route 91 Harvest Festival but said he was on the Las Vegas strip two to three hours before the shooting happened.

“I just kept thinking how lucky I was that I didn’t stay on the strip,” said Pannu, who left the city shortly before the shooting began. As he drove out, he said he noticed that traffic had stopped heading into Las Vegas.

A gunman began shooting from a top floor of the Mandalay Bay hotel in Las Vegas at approximately 10:08 p.m. The Las Vegas Review-Journal reported on Monday that at least 59 people had been confirmed dead and more than 525 people were injured. According to the newspaper, the gunman shot himself in an apparent act of suicide.

On the night of the May 23 shooting in Isla Vista, Pannu had just gotten out of the shower and was going to walk into I.V. when he heard the news.

“I just feel that people like myself need to accept that in order to change the world, you have to change yourself first. People won’t change unless they want to,” he said, reflecting on both tragedies. 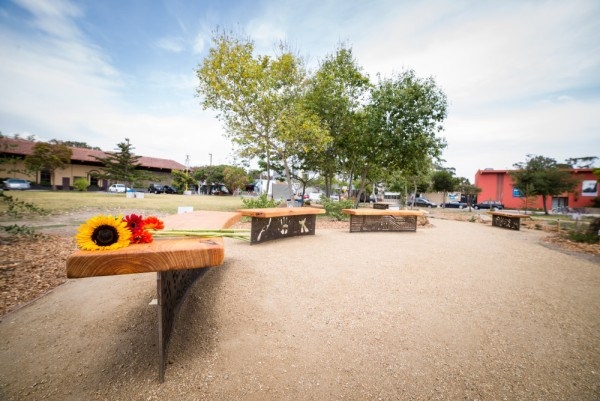 During Tuesday night’s vigil, organizers hope they can offer an open, welcoming environment for community members to share their thoughts.

Spencer Brandt, an organizer, said the event will not be political in nature, but he and Ethan Bertrand, I.V. Community Services District Board President, emphasized the importance of addressing gun control as a root cause of both the Las Vegas and Isla Vista shootings.

“It is clear that the United States has a problem with gun violence that is unparalleled in many other developed countries,” Bertrand said. “We must raise our voices as loud as we can every time a mass shooting occurs to ensure that our lawmakers take action to prevent gun violence.”

Leaders of local government will speaking at the vigil and Diana Collins-Puente, Isla Vista community advisor, will be be co-organizing the vigil.

“It is painful to remember the gun violence that took the lives of members of our beloved community in 2014,” said Bertrand, who moved to Isla Vista in August of 2014.

“I remember waking up and turning on CNN on May 23, 2014.  I was stunned and heartbroken to see what had happened in the community that I would soon call home,” he said. “That moment has certainly shaped my commitment to Isla Vista.”

Bertrand, Brandt and Collins-Puente will host the vigil at 6 p.m. in the Isla Vista Love and Remembrance Garden.

“To respect the legacy of those lost and injured, I feel that it is important for Isla Vistans to speak out against gun violence at this critical time for our nation,” Bertrand said.