The Daily Nexus
Science & Tech
Tick Populations Affected by Wildlife Loss and Climate Change
September 28, 2017 at 6:21 am by Stephanie Pernett

Both large wildfire loss and climatic changes can independently influence the prevalence and distribution of zoonotic diseases, which normally exist in animals but can infect humans, such as Lyme disease.

While Lyme disease, carried by blacklegged or deer ticks, may be prevalent in the U.S., other countries face a variety of tick-borne illnesses. A new study by UC Santa Barbara researchers suggests that the abundance of ticks that carry certain fevers is likely to rise in the future mainly due to a combination of wildlife loss and climate change.

The researchers found growing evidence that wildlife loss often has stronger community-level effects in low-productivity areas. They hypothesized that these disturbances would have interactive effects on disease risk.

“Our research suggests that large mammal conservation may prevent increases in tick abundance and tick-borne disease risk,” Georgia Titcomb, a graduate student in UCSB’s Department of Ecology, Evolution and Marine Biology (EEMB), said. “These results are timely and relevant in light of widespread wildlife declines and unpredictable regional climatic shifts in a steadily warming world.” 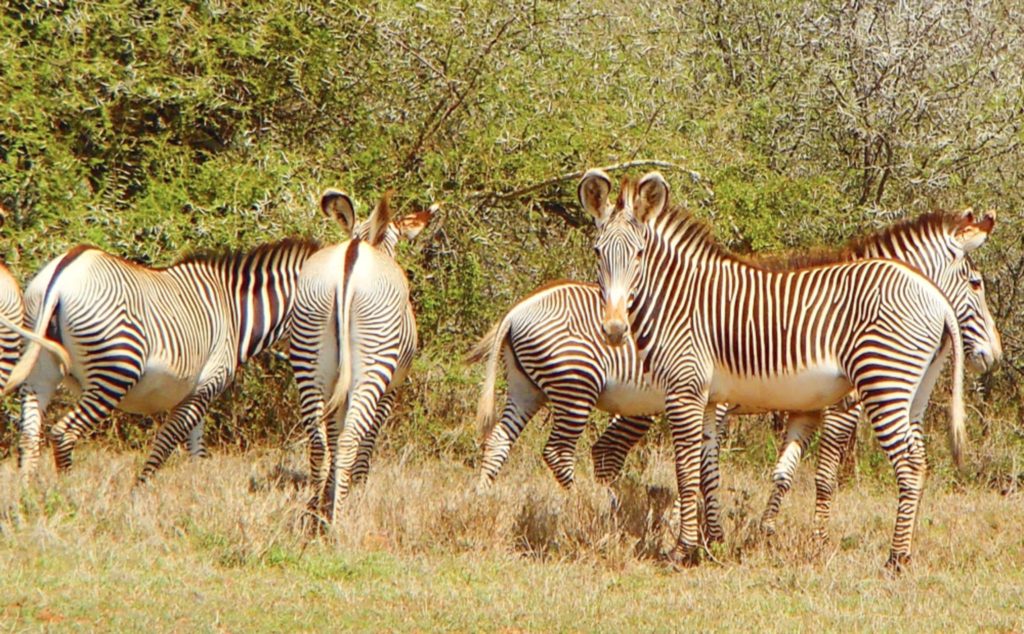 Above is a picture of Grevy’s zebras that were kept in one of the four enclosures at the Mpala Research Centre in Kenya. Although they are not megafauna, when animals as large as them were gone, the researchers saw a dramatic increase in tick abundance, especially in drier areas. / Courtesy of Georgia Titcomb

Titcomb and her colleagues experimentally tested this hypothesis by measuring tick abundance and the prevalence of tick-borne pathogens, the Coxiella burnetii and Rickettsia species, within long-term, size-selective large-herbivore exclosures replicated across a precipitation gradient in East Africa, specifically the Mpala Research Centre in Kenya.

The experiment included four plot treatments. The first excluded all but the smallest rodent-sized herbivore, which were mostly mice. The second included intermediate-sized animals such as hares and small antelope. In the third treatment, all animals but megafauna, such as giraffes and elephants, were allowed to stay in the plot. The control had no animal restrictions. The researchers spent more than a year conducting monthly hour-long tick drags in each plot.

When differing degrees of exclusion were tested for a subset of months, total tick abundance increased from 170 percent when only megafauna were excluded to 360 percent when all large wildlife were excluded. Wildlife exclusion differentially affected the abundance of three dominant tick species, and this effect varied strongly over time, likely due to differences among species in their host associations, seasonality and other ecological characteristics.

According to Hillary Young, an EEMB associate professor and Titcomb’s adviser, this suggests that exposure risk will respond to wildlife loss and climate change in proportion to total tick abundance.

“We’ve shown these interacting effects increase disease risk, but they also highlight the need to incorporate ecological context when making predictions about the effects of wildlife loss on zoonotic disease dynamics,” Young said.

Their research was supported by grants from the National Geographic Society, the National Science Foundation, the Morris Animal Foundation and the Natural Sciences and Engineering Research Council of Canada. The full report appears in the Proceedings of the Royal Society B.