The Daily Nexus
Water Polo
No. 8 UCSB Welcomes No. 3 Cal in Hopes of Earning Signature Win
September 28, 2017 at 5:00 am by Jorge Mercado 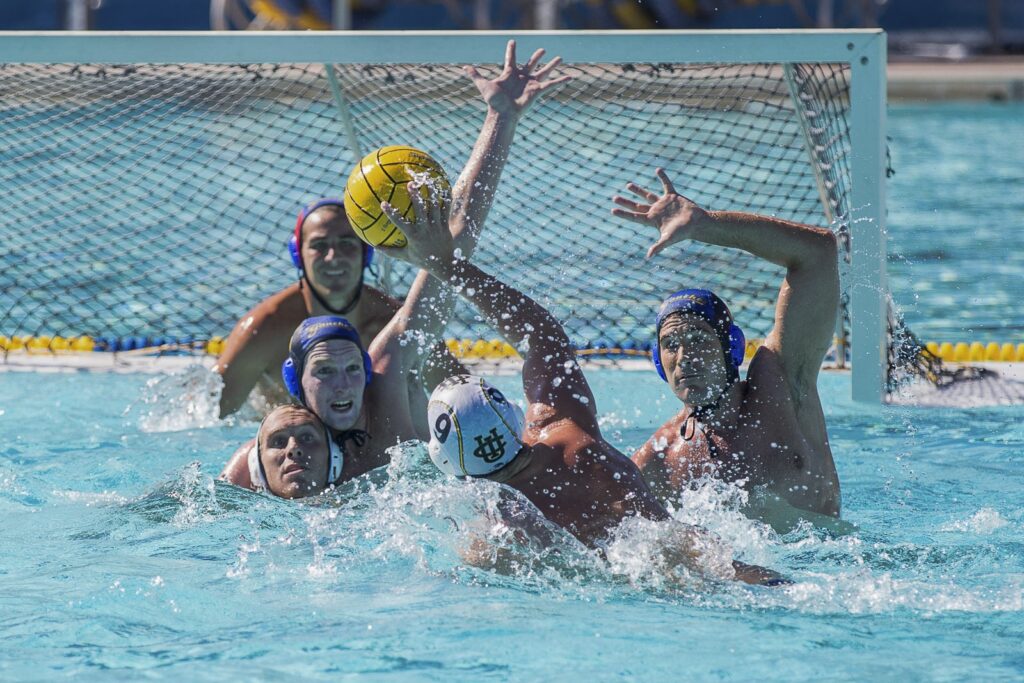 The invitational season is over for the No. 8 UCSB men’s water polo team, and that means it now turns its attention to single day matches, beginning with a meeting against former MPSF rival, No. 3 Cal.

The Gauchos head into this home matchup boasting an 8-4 overall record; however, they have been dropping in the national rankings due to losses to Long Beach State and UC Irvine, now ranked sixth and seventh, respectively.

Cal has had another great start to the year and currently sits at 11-1. The Golden Bears came into this season as the top-ranked team in the nation after winning their 14th national title last season but recently dropped due to a 9-8 loss to UCLA at the MPSF Invitational, finishing third at the tournament. The Gauchos finished ninth in that same invite last weekend.

History does not bode well for Santa Barbara when facing Cal, continually one of the best programs in Division-I water polo, as it has a career record of 8-67 against the Golden Bears. The last time the Gauchos defeated the defending champs was on Sept. 17, 2004, in a 7-6 double-overtime victory at Cal.

Recent history has not been so demoralizing, however, as UCSB was within one goal of defeating Cal this year and lost 8-7 at the Triton Invitation in its first weekend of action.

Hoping to pull off the upset, the Gauchos will be looking to rely on their goal-scoring trio made up of senior Shane Hauschild, junior Boris Jovanovic, and sophomore Ivan Gvozdanovic.

Beginning with the most experienced and the leader of the team, Hauschild has been the most consistent force for UCSB over his last four years. Over the past three seasons, the attacker has totaled 103 goals, 40 behind the 10th most in the program’s history.

The Santa Barbara, Calif. native has scored 17 goals on the year, third-best mark on the team, and scored two against Cal in the first meeting this season, making him the only Gaucho to have multiple goals in that game. He leads the team in steals with 10.

Jovanovic, a driver, currently is second on the team in goals with 18 and second in total points accumulated with 28 thanks to his 10 assists; he is tied for the best mark on the team with Hauschild.

Gvozdanovic has been the biggest surprise for the Gauchos this year, as he has been on fire with his team-leading 21 goals on the season and 28 points scored. The utility played in all 26 games last year, scoring 24 goals and earning himself an all-conference honorable mention, but he has much improved from one season to the next, as he is only three goals away from tying last season’s mark.

Despite this, the Golden Bears definitely have no lack of talent on the offensive side of the ball. While UCSB currently has one goal scorer above 20 on the season, Cal has three of them combining for 73 of the team’s total 163 goals — nearly 45 percent.

Senior attacker Luca Cupido currently leads the team in scoring with 27 goals on the season, just three short of tying his entire total from last season. Despite that, Cupido made one of the biggest shots in program history as he nailed a long distance strike just before the end of the first overtime in last year’s National Championship match against USC.

Last season also appeared to be an outlier for the Italian native as he scored 42 and 43 goals in 2014 and 2015, respectively.

With the invitational season finally done, this is the part of the season that will show what this year’s UCSB team is made of. Last year, the Gauchos upset No. 5 Stanford, which helped them eventually get to the No. 4 ranking in the nation, their highest ranking in the polls since 1990.

One thing is for certain: If Santa Barbara wants to be taken as seriously as it was last year, especially later in the season, it needs signature wins, and what better way to do that than beating a talented program that it hasn’t bested in over a decade?