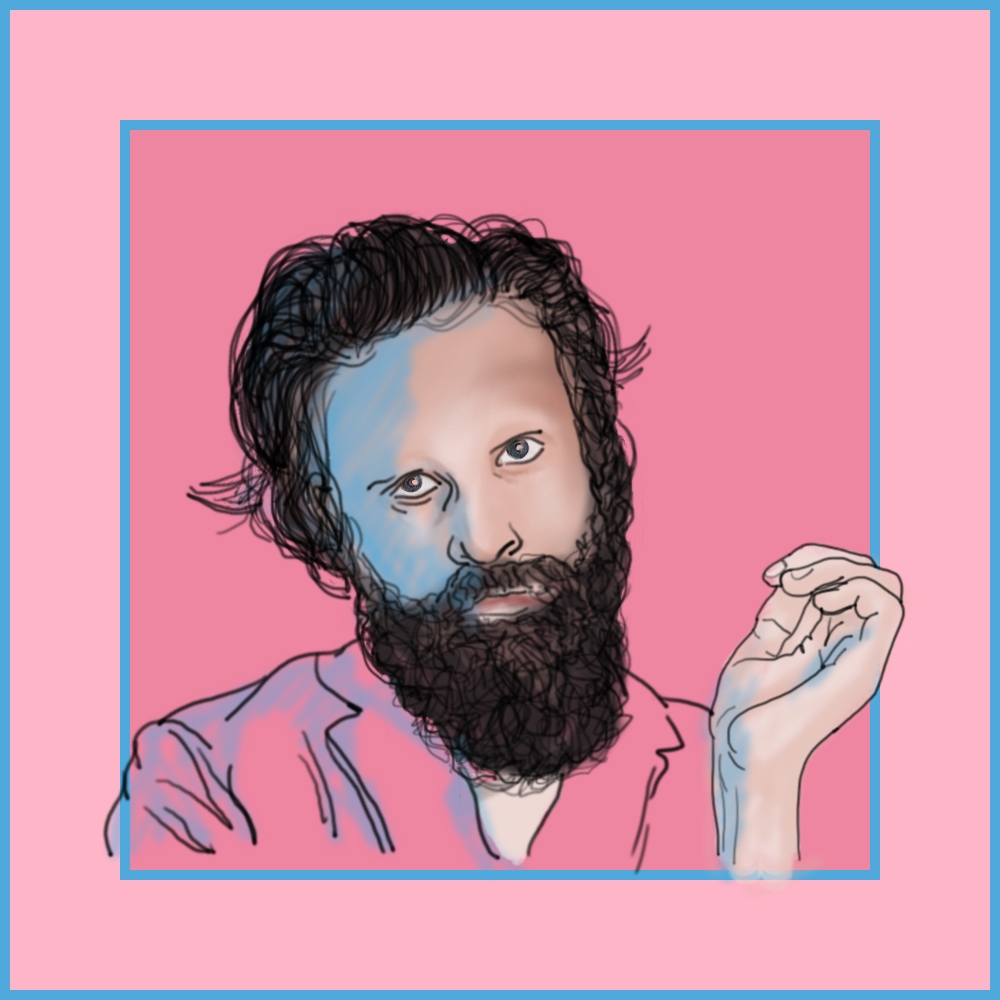 One of my fondest pre-college memories is traveling up the California coast and discovering new music while taking in the beauty of my home-to-be. One of these discoveries was Father John Misty — then fresh off of the release of his sophomore album, I Love You, Honeybear. I wish that I remembered how I found his music or which application suggested it to me. I would thank that person — or thank that thing — for giving me music that always reminds me of the last days of summer: slightly melancholy, tinged with end of season ennui, evoking a feeling that doesn’t quite have a name. In one of the first concerts of the fall cycle, the enigmatic singer-songwriter will be making his Santa Barbara debut on Oct. 11 at the Arlington Theatre.

Father John Misty, also known as Josh Tillman, began his tenure in the indie world as drummer for folk revivalists Fleet Foxes. His time in the band was relatively short — but not very sweet. Tillman’s face in recordings of the band’s shows often times looks annoyed and even exasperated; it is quite clear that he grew bored with the band’s sound. He and band leader Robin Pecknold did not end on the best of terms; when asked about his ex-bandmate’s music, Pecknold has been known to not say much about it. Once Tillman left Fleet Foxes, he released a couple of tepid, quietly received records under the name J. Tillman. Then, something changed. During a trip on mushrooms, he saw a truer version of himself, and immediately decided to follow it. He adopted the moniker Father John Misty, moved to Los Angeles and immediately began writing songs for his 2012 debut, Fear Fun.

After the release of Fear Fun, Father John Misty became an overnight indie icon. His sharp wit and unique turns of phrase resonated with critics and listeners alike — and everyone wanted more. Songs such as “Nancy from Now On” still sound fresh now, especially considering that he is as deft a musician as he is a songwriter. His warm vocals and smooth, rolling percussion arrangements are absolutely mesmerizing — even sultry at times. There’s a video on YouTube featuring him performing this track, shot live in the studio of KEXP, and it is probably one of my most watched performances of all time. In said video, Father John Misty, whom has been quite vocal about his experimentation with psychedelics, proudly wears a shirt that says, “FREEDOM NOW LEGALIZE LSD.” He has one hand on his hip, and the other one is holding a percussion shaker. When he opens his mouth to sing, every note is deliberate, and every lyric is clear. He is an artist, and he knows exactly what he is doing. Watching him perform is the kind of experience that makes a music lover realize what it is they adore about seeing a show.

With the release of his latest album, Pure Comedy, Father John Misty took on a new role in the indie world. He has never been one to censor himself, but a shift in his focus is clear: He is looking outward more than he ever has before. The title track is a scathing commentary on the mores of modern life, from overconsumption to political discontent. The setlist of his fall tour is packed with lush singles from the beginning of his career and the dense ballads that mark this most recent phase in his career. The music, and his legendary stage banter, is sure to mark another wonderful show in his career.

Hey – his wife is a UCSB Alumnus!