The Daily Nexus
Music
Aoki, Electronica and the Live I.V. Music Scene
August 24, 2017 at 9:34 am by Zoe Jones and William Emmons

I would be remiss if I didn’t say that much of our arts community has not given enough credence to the electronic music scene in Isla Vista. It is an influential, forward-moving scene and a genre that has seeped into countless others. Many Top 40 hits of the past decade wouldn’t have existed without the influence of electronic music. And yes, the Isla Vista music scene as we know it today wouldn’t exist without it, either.

It is difficult to trace the genesis of an entire music scene in any community, especially when you consider something as vague as the  “electronic” label. There isn’t any particular strain of electronica that is unique to Isla Vista — walking down the street on a Friday night, you’ll encounter dubstep, house and all of the other niche sounds in between. These sounds are integral to our infamous party scene, and they provide the soundtrack for many weekend experiences, from the smallest house parties to the most ridiculous fraternity ragers. Despite this, however, most of the live music that one can experience in I.V. is confined to the realm of guitar music. There is not much by the way of live deejay sets, which is actually surprising considering the diverse community of musicians residing in Isla Vista. But at one time, electronica was dominating the live I.V. music scene. In fact, one of our most famous alumni is Steve Aoki, world-famous musician, deejay and record producer, and the roots of Aoki’s chart-topping career can be traced back to Isla Vista.

In 1996, the then-college student started throwing shows in his two story apartment located on the 6500 block of Sabado Tarde, later known affectionately as the Pickle Patch. This infamous, residential music venue and part-time living room was home to a plethora of live shows featuring artists like Jimmy Eat World and At the Drive In.

When Aoki was merely 19, he was throwing roughly 20 shows a month out of his living room, recording tapes of every single one. The artist once noted that he made around 400 individual recordings during that time. It was also from the Pickle Patch that Aoki founded his record label, Dim Mak. Now 21 years old, Dim Mak has promoted artists ranging from Bloc Party to The Kills and is host to a roster packed with newcomers such as Keys N Krates. 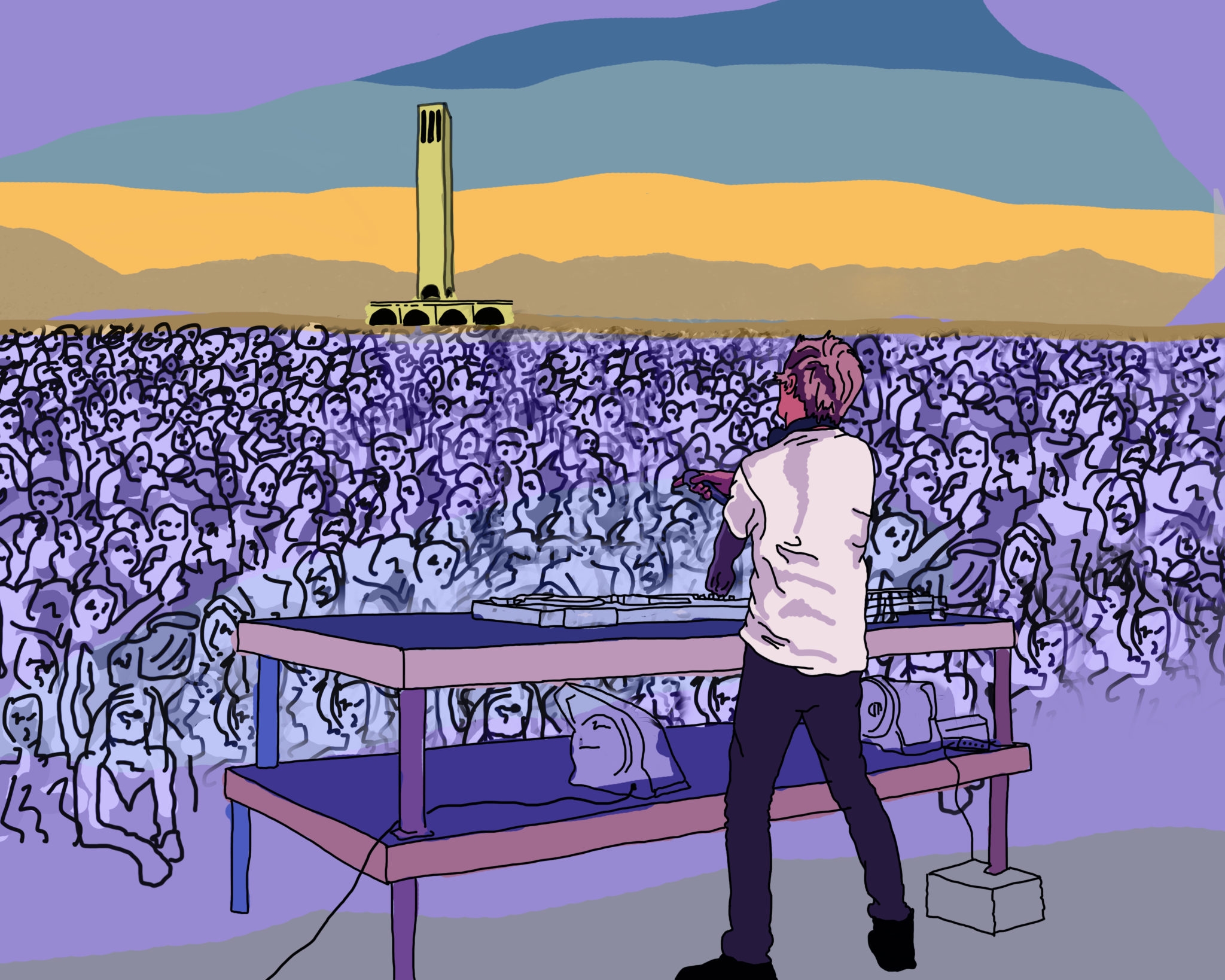 It is important, however, to note that the shows that Aoki produced were not electronic. During that period of time, the genre wasn’t a mainstay in music, and it was barely putting down roots in underground scenes. The long-haired music mastermind was a punk aficionado back in those days, organizing shows at the popular housing co-op Biko.

Biko, located on the 66 Block of Sueno, is known for its role in campus activism and strengthening diversity in the I.V. network of housing co-ops. Aoki was a student of color at UCSB when the concept of diversity was way more of a question and concern than it is now. However, a student of color organizing hardcore rock shows would be something slightly out of the ordinary even in the present. Although it is not clear whether his focus on electronic music endeavors heightened before or after UCSB, his influence on the Isla Vista rock scene is undeniable, and the world-famous DJ still maintains a punk rock performance ethic.

If you attend a Steve Aoki show, you are there expecting at least one thing: cake. His performances have become infamous because of his habit of throwing full, frosted sheet cakes into the audience. This carefree, slightly reckless approach to performing is something that can still be found in the ethos of Isla Vista backyard show culture. There is still a clear emphasis on letting go, getting pushed to the front of the crowd and getting a little messy.

In 2010, Aoki returned to Isla Vista for a show in the Hub, organized by A.S. Program Board. It was free of charge and sold out very quickly as word moved across campus that one of our own would be returning to grace the stage. He said to the Nexus, “My expectations are all over the place, I didn’t realize that it was going to sell out. It’s cool to hear that, of course.” Indeed it was, no matter how nonchalantly the then-almost superstar tried to play it off. It is important to note that this was a year when electronic music in the mainstream was taking off in a major way, signaling a turn of the decade trend. Electronic music influences began to creep their way ever so subtly into pop, alternative and hip-hop, and it barely created a fuss. Now electronic music is not merely a trend, but a phenomenon across the country, including in Isla Vista.

Although the live music scene privileges guitar music over basically everything else, there is a strong love for electronica that flows through the veins of Isla Vista. Almost any significant party or event is bound to feature tracks with a bass drop, which is welcomed, loved, and expected. Aoki is one of many Isla Vista musicians who has gone on to do things beyond the single square mile radius of our beloved town, but he is one of the few that had an unmistakable mark on its culture.