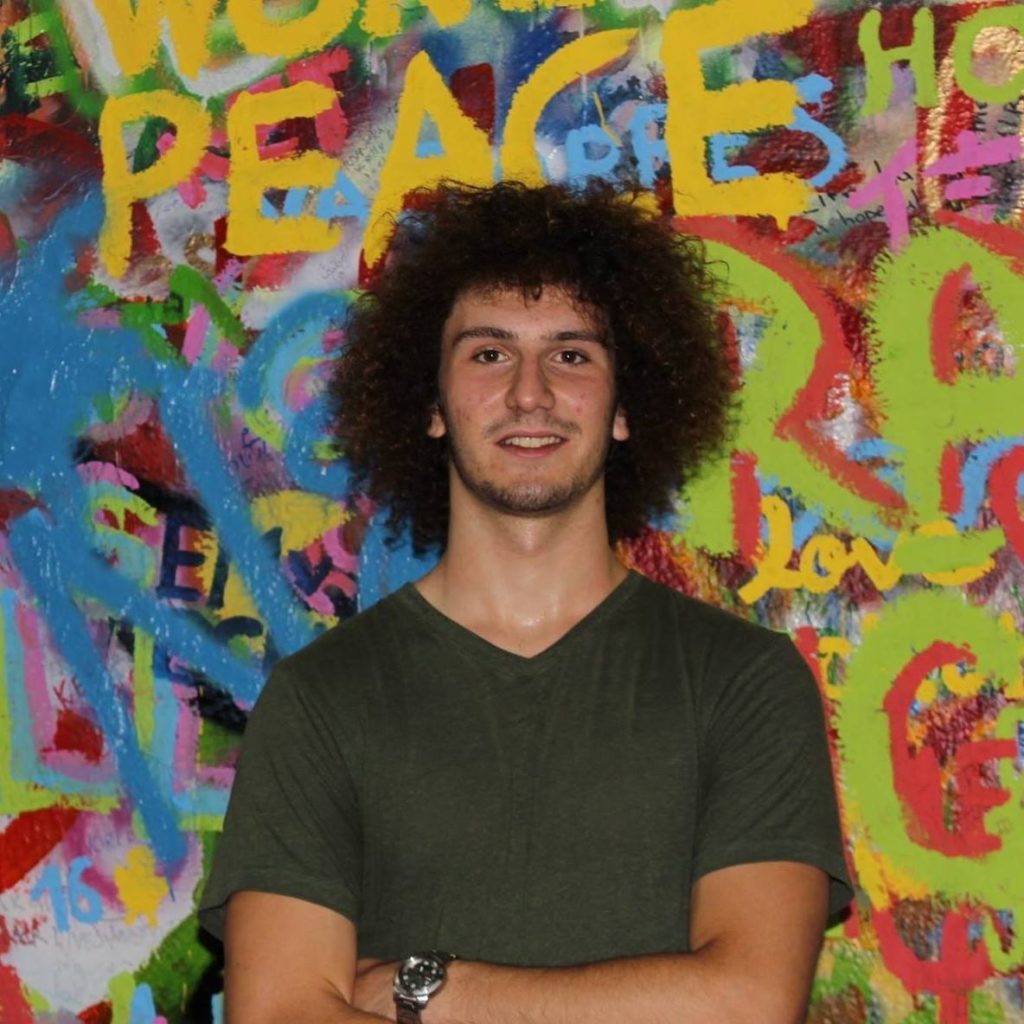 Nikola Kapamadžin, 20, was described as brilliant, energetic and generous.

A UC Santa Barbara mathematics major in the College of Creative Studies died on July 5 in Isla Vista. He was 20 years old.

Nikola Kapamadžin was born in Serbia on August 12, 1996 and moved to the United States with his family when he was four years old.

Kapamadžin was deeply connected to his Serbian heritage while living in the U.S., and Ryan Dempsey, Kapamadžin’s housemate and friend since freshman year, said he loved going back to the country every summer.

“He was really proud of his parents for where they came from,” Dempsey said. “You can’t talk about Nikola without saying he was proud of being Serbian.”

Kapamadžin was “passionate about everything he did,” including mathematics, playing guitar and Super Smash Brothers, Dempsey said. “Whatever he put his mind to, he wanted to be the best at it.”

AnaSophia Ash Eiseman, who met Kapamadžin when she was a second-year student, said he was a “brilliant mathematician” who was able to create an energized study environment.

Eiseman would always see Kapamadžin listening to live music in I.V. One night Eiseman was hosting a party in I.V. when Kapamadžin showed up to take her to another party with a mosh pit and live music.

She ended up enjoying the party more than her own, and said Kapamadžin “loved to have fun, and he was really good at it,”

“He was like a ray of light,” Eiseman said. “Just so much energy, and you couldn’t be complacent or bored around him.”

In July, Kapamadžin was beginning a summer research project with Jerry Gibson, a professor of electrical and computer engineering. The two met when Kapamadžin took Gibson’s graduate course on information theory last winter.

Gibson said the group was researching machine learning, which focuses on the development of computers when exposed to new data. The professor invited Kapamadžin to join his research group because he was “motivated to do the work.”

“I tried to discourage him from taking that class, but he really wanted to take it, and he did well,” Gibson said. “When you’re looking at doing research with a student, you really are most focused on spending time with this student. You only want to work with students that work hard.”

Kapamadžin’s motivation and optimism made him stand out as a student, Gibson said.

“There are not many students that are that positive and happy and joyful and motivated,” Gibson said. “You don’t see that many, so it’s a shocker to lose him like we did.”

Kathleen Foltz, interim-dean of CCS, said Kapamadžin had an open and welcoming personality that made people feel like they knew him well.

“When I received the news, my first image that came into my head was his smile,” Foltz said. “This was a guy who smiled all the time, and he just had this grin you couldn’t miss.”

“The guy had big hair,” she added. “He had a presence and that … was just more than a physical thing.”

“He gave us math majors a good name,” Lemp said.

Kapamadžin played water polo in high school and enjoyed swimming at the Recreation Center during his time at UCSB. He also enjoyed traveling and spent last summer studying mathematics in Budapest.

“He was always the one who suggested going out to dinner,” Dempsey said. “He liked to get out of I.V. for a bit and explore different places.”

Kapamadžin loved playing guitar and listening to music, and Lemp said one of his favorite songs was “Mediterranean Sundance” by Al Di Meola.

His favorite genre of music was heavy metal, and Dempsey said he would listen to it late into the night as he did his mathematics homework.

After speaking with many students, Foltz said she understood how Kapamadžin’s selfless personality impacted his peers.

“He would be so helpful to other students in the class,” Foltz said. “And I think [his generosity] was what a lot of students had a hard time grappling with … because he was such an integral part of their lives.”

Kapamadžin was always willing to help Dempsey with mathematics homework, Dempsey said, oftentimes getting carried away in the complex details of the subject.

“If I’d ask him help on a problem, he’d go back to like, the foundations of math and try to teach me how to do it,” Dempsey said, laughing. “If I was just trying to get the problems done, it wasn’t very helpful for me.”

Lemp said he will remember Kapamadžin for his ability to “strike that balance very well of being studious and also being very sociable.”

“He was outgoing and made people feel happy and comfortable around him,” Lemp said. “I always really admired him for being able to bring people together and light up a room.”

How did he die?