The Daily Nexus
Music
Jay-Z and the Direction of Product Packaging in Hip Hop
July 21, 2017 at 1:20 pm by William Emmons 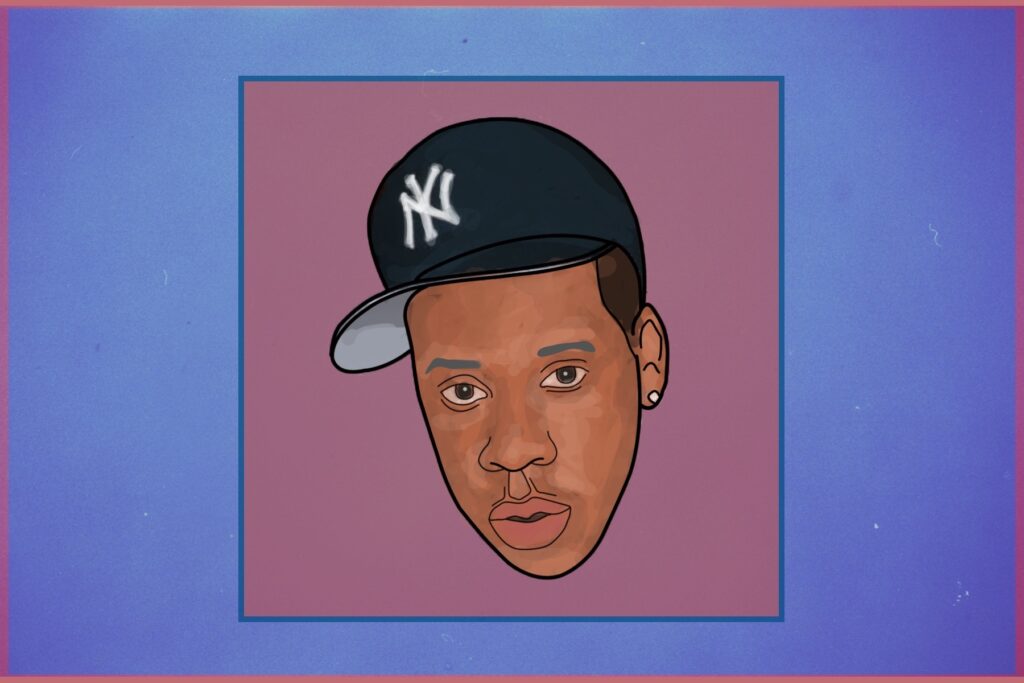 Outside Gray’s Papaya, a 24-hour hot dog shop located in Manhattan, Shawn Carter, aka Jay-Z, sold an estimated 380,000 copies of what later became his debut record, Reasonable Doubt, out of the trunk of his white Lexus. Currently, the rapper/business mogul is established as one of hip hop’s most prominent and influential figures, even being inducted into the Songwriters Hall of Fame last month. In the wake of his induction, Jay-Z announced the release date of his 13th studio album, 4:44, which dropped on June 30. The release of this particular record is an interesting creative pivot for Jay-Z. Peering into the methodological, meticulous disposition of the record highlights the direction in which contemporary music presentation could be headed.

Jay-Z illustrates the application of a business mind in music industry. He secured the No. 2 spot on the latest Forbes’ annual “Forbes Five” list of the richest figures in hip hop with an estimated net worth of $810 million. Last year, Sprint invested $200 million in his music streaming service, Tidal, which put the company’s worth at six times what he initially paid for it. Across the breadth of his career, the artist has demonstrated a fiscally successful approach to nearly everything he touches. This success, in conjunction with his musical catalog, is largely the reason why the artist is so influential.

Through the lens of the release of 4:44, one can observe a distinct change of style in the rapper’s product packaging. The album’s rollout wasn’t long or elaborate, contrary to many of his contemporaries’ releases (Kanye West, Drake, etc.), and its role on Tidal is quite peculiar.

On Tidal, Jay-Z released a collection of “short films” with the album, some of which are videos for particular tracks, while others are footnotes for those music videos which essentially contextualize their content. These films are somewhat abstract; interrupting the music in the video of “4:44” are obscure viral videos and clips that appear to be from Worldstar Hip Hop. An interpretive dance can be seen at the end of the video, perhaps depicting his and Beyonce’s relationship. In the footnotes of “The Story of OJ” and “4:44,” prominent media figures like Will Smith and Kendrick Lamar express their thoughts on race and their attitudes towards women.

The presentation and packaging of 4:44 is relatively new to the rap scene. Jay-Z takes an unorthodox approach, making it an absolute pain in the ass for you to listen to his music. In order to even stream the album, you must either a) subscribe to Tidal, as his discography has been removed from all other platforms, or b) navigate a labyrinth of online tutorials that lead to free, temporary access to the streaming service. To clarify: this pain isn’t necessarily a bad thing.

In light of these short films and additional elements of the album (e.g., Jay-Z’s daughter, Blue Ivy Carter, laying a verse on physical copies of the album), Jay-Z provides an interactive, intimate perspective into his own life. 4:44 is far more personal than the bulk of his past work, opening up about his infidelity and thoughts on racial inequality.

Take Kanye West, a semi-estranged affiliate of Jay-Z’s and a business enigma in himself. The release of his last record, The Life of Pablo, was one of the strangest musical occurrences of 2016. The album title erratically shifted multiple times. Analogously, the content of the album itself wasn’t static either, something completely antithetical to the nature of commercial music. That is, West released multiple updated versions of the album, framing it as a “living, evolving art project.”

We can additionally look to artists like Frank Ocean, who also exhibited one of the oddest album rollouts of the year. After enduring a tumultuous relationship with Def Jam Recordings and releasing the visual album Endless in order to satisfy contractual agreements with the label, Ocean released his album Blonde, a four year manifestation of the artist’s creative endeavors. Moreover, the record didn’t just come to fruition in an exclusively sonic form. Like Endless, which paired an album with minimalistic visual production, Blonde was accompanied with an $80 visual compilation of mixed media: a magazine entitled “Boys Don’t Cry,” the name of his current personal music label.

Artists like West and Ocean have illustrated something that Jay-Z is doing right now, something that has become increasingly popular among artists, particularly rap artists today. That is, these creators are moving beyond status quo and crafting interactive, elaborate works of art that deviate from conventional boundaries of music. Artists are becoming more creative with the way in which they promote and present their music. This isn’t something that was nonexistent prior to the work of contemporary rap artists, but rap is one of the most rapidly expanding genres of music. Its popularity has sprawled beyond the confines of its initial conception. Today’s hip-hop leaders are presented with the opportunity to redefine what we see as an album experience, shaping it in a more creative, interactive direction.