The Daily Nexus
Photo
In Photos: Black Student Union Protests To ‘Drop the Charges’ Against Merced Students
July 17, 2017 at 10:54 am by Daily Nexus Photography

The UC Santa Barbara Black Student Union organized a “Drop the Charges” protest on July 13 in response to the arrest of five black college students near UC Merced.

Approximately 50 students rallied to gain support for the students, who they say were unjustly arrested at a peaceful, drug-free event. 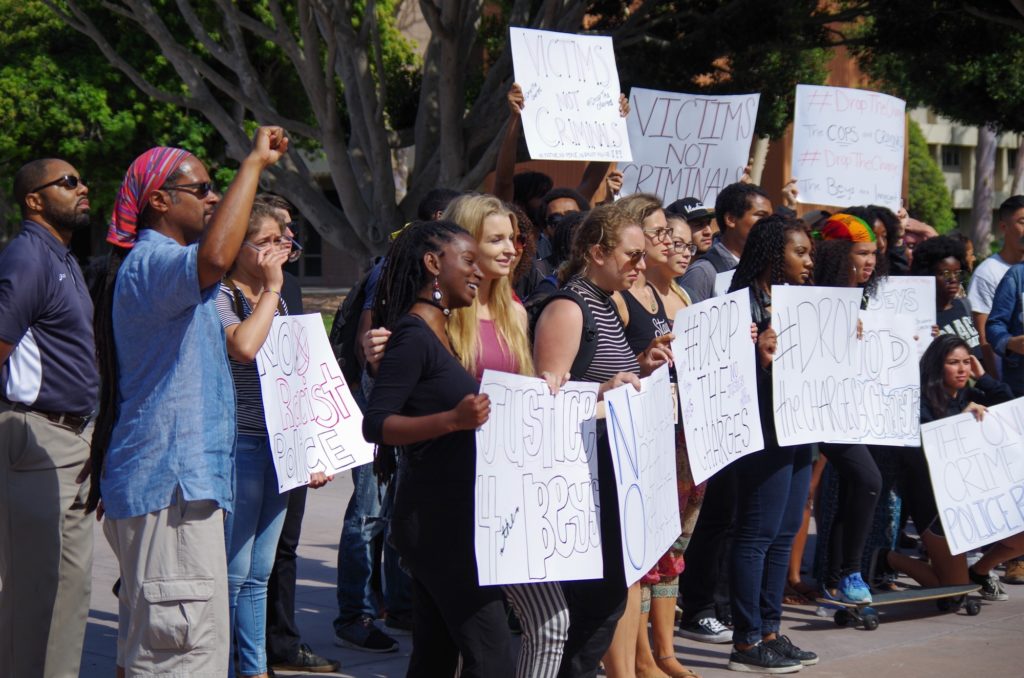 Faculty and staff were present at the march as well, supporting the #dropthecharges movement. The crowd is standing in support with the students injured in this incident. Hugh Cook/Daily Nexus 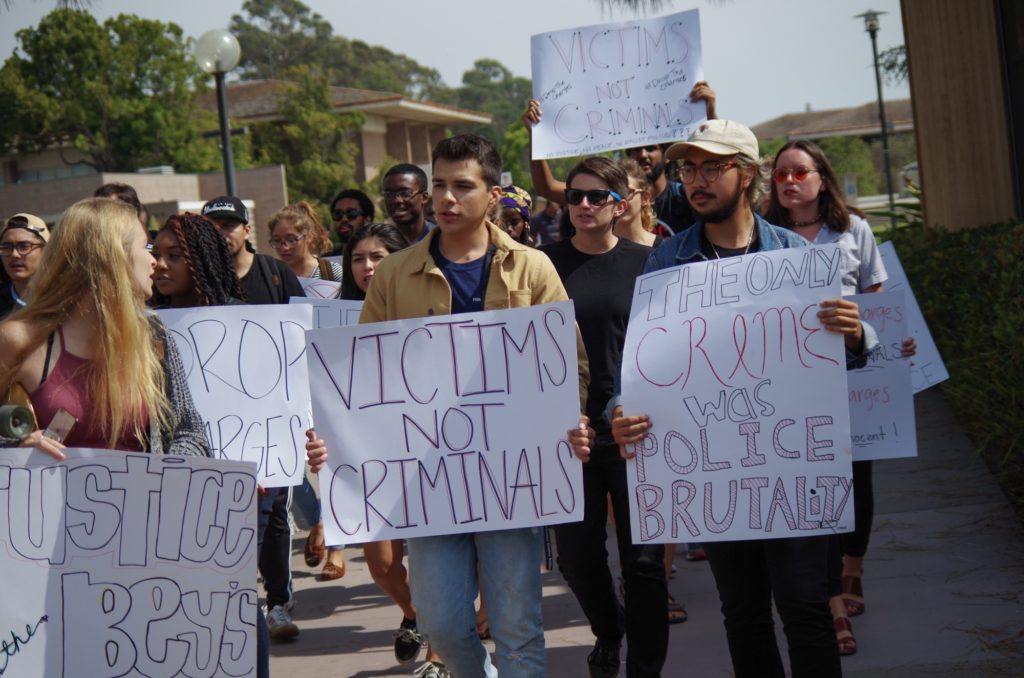 Students march in the “Drop the Charges” protest over the arrest of five black students, standing in solidarity with UC Merced. Hugh Cook/Daily Nexus 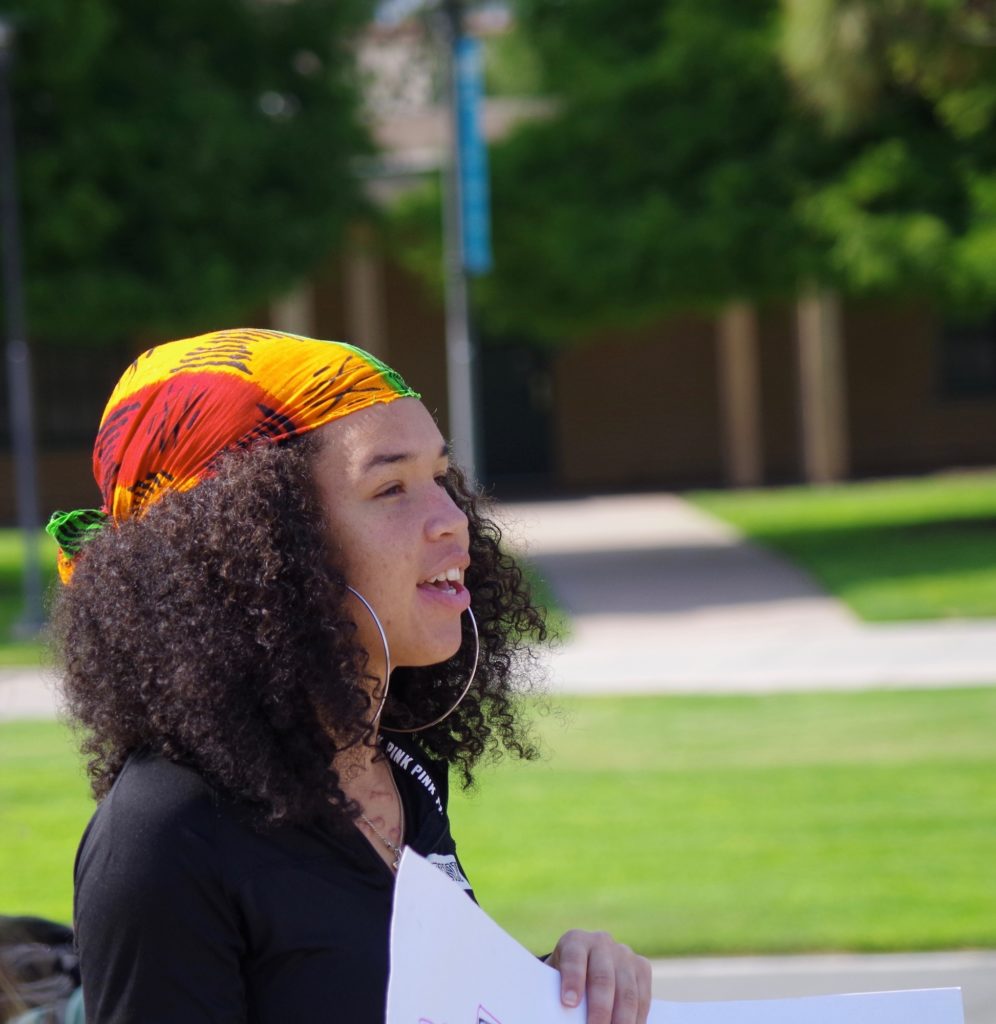 Viranda Woodward addressed the crowd, explaining that more than twelve officers in riot gear stormed the building on the basis of one warrant that has yet to be shown to the public. She said a peaceful, drug and alcohol free event quickly became chaotic as officers accosted bystanders, ultimately shooting a rubber bullet into a young college student. Hugh Cook/Daily Nexus 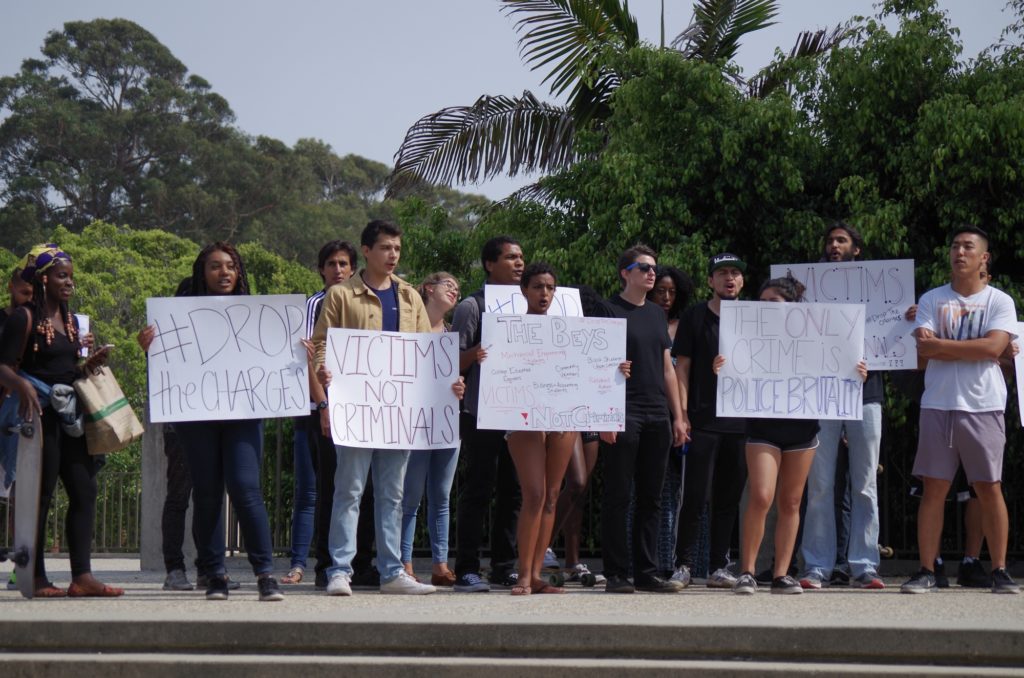 Wide ranging support drew a large crowd to the march, as several students pointed out that part of a university’s responsibilities is to assure the safety of its students in the surrounding area. Hugh Cook/Daily Nexus 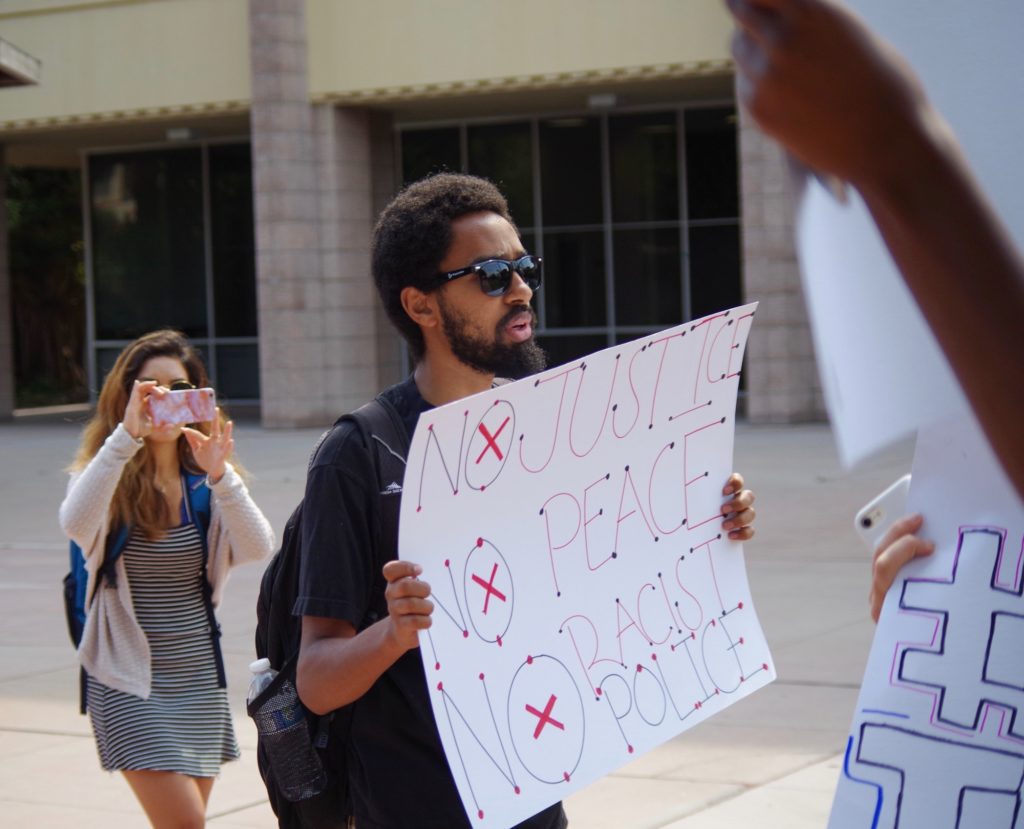 Throughout the solidarity march activists spread videos and photos across social media to raise public awareness and rally support. The march organizers explained gaining public support is key to assure a just trial for all involved. Hugh Cook/Daily Nexus 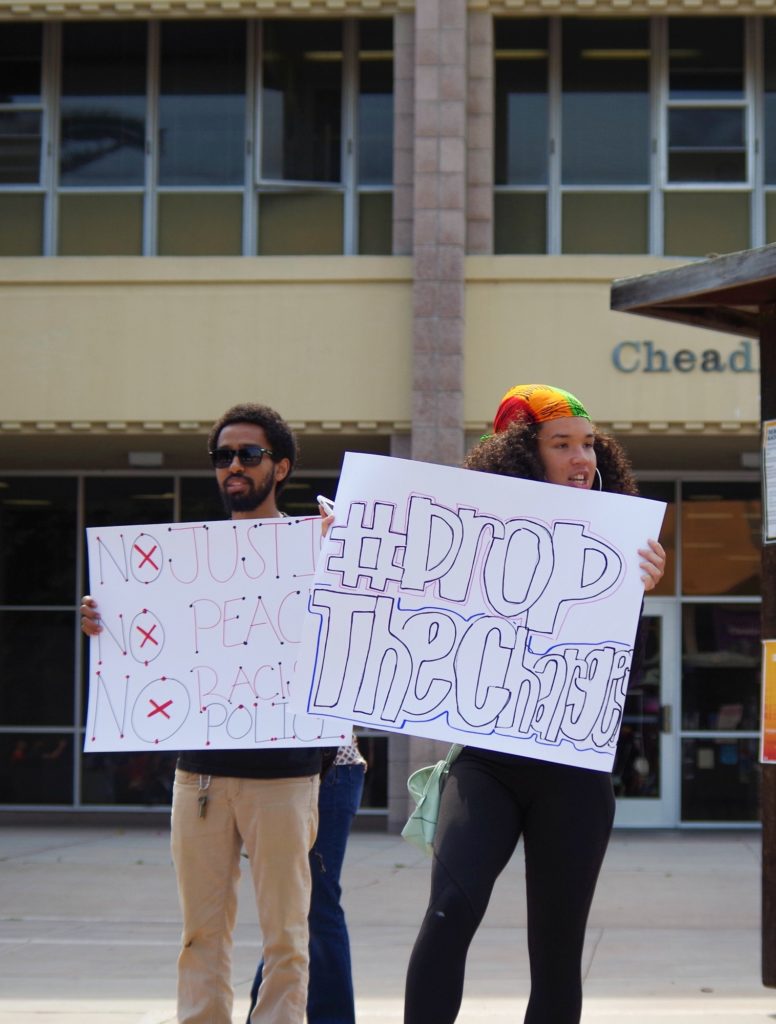 Viranda Woodard (right), organizer of the solidarity march displays a #dropthecharges sign. This hashtag has become the viral symbol around which thousands have rallied in support of the young men injured in this tragedy. Hugh Cook/Daily Nexus