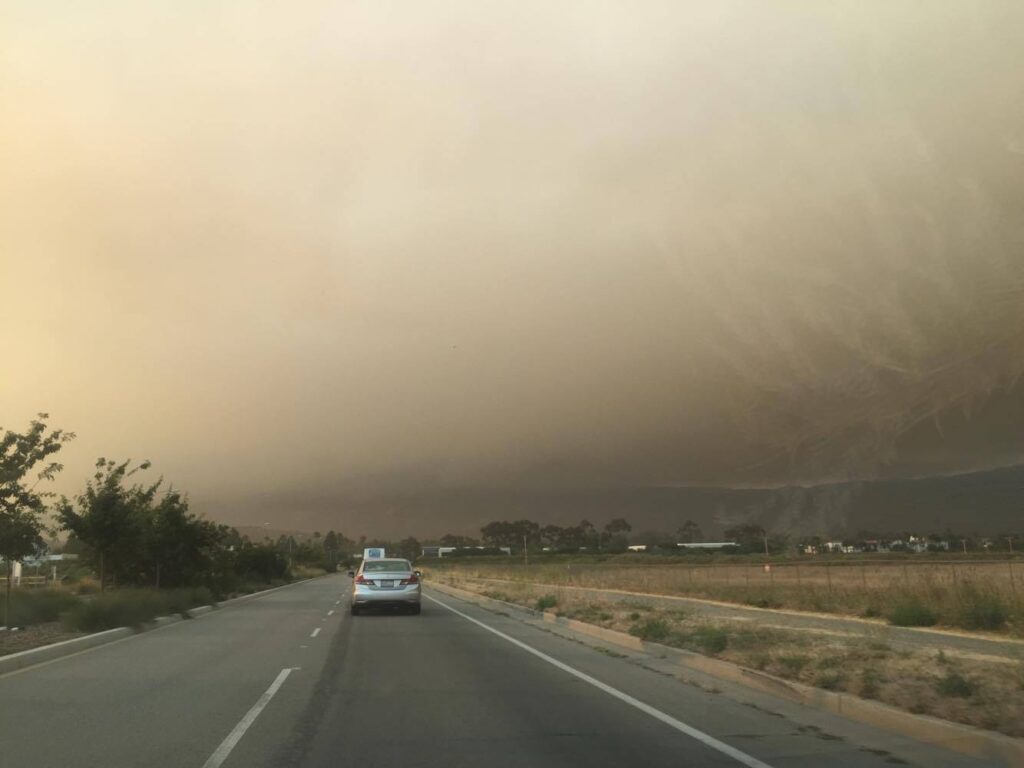 The Alamo and Whittier wildfires sprinkled ash throughout Isla Vista as they burned thousands of acres in Santa Barbara County on Saturday.

The Alamo fire is burning near the San Luis Obispo and Santa Barbara County line. It started on July 6 and has reached up to 23,867 acres. The fire was 10 percent contained on Saturday night.

The Whittier fire began at approximately 1:30 p.m. on July 8 in the Santa Ynez Valley near Lake Cachuma along Highway 154.

The fire started at the peak of a 110-degree heat wave and has grown to approximately 7,800 acres, according to Jim Harris, Los Padres National Forest deputy chief. The Whittier fire was at 5 percent containment on Saturday night. 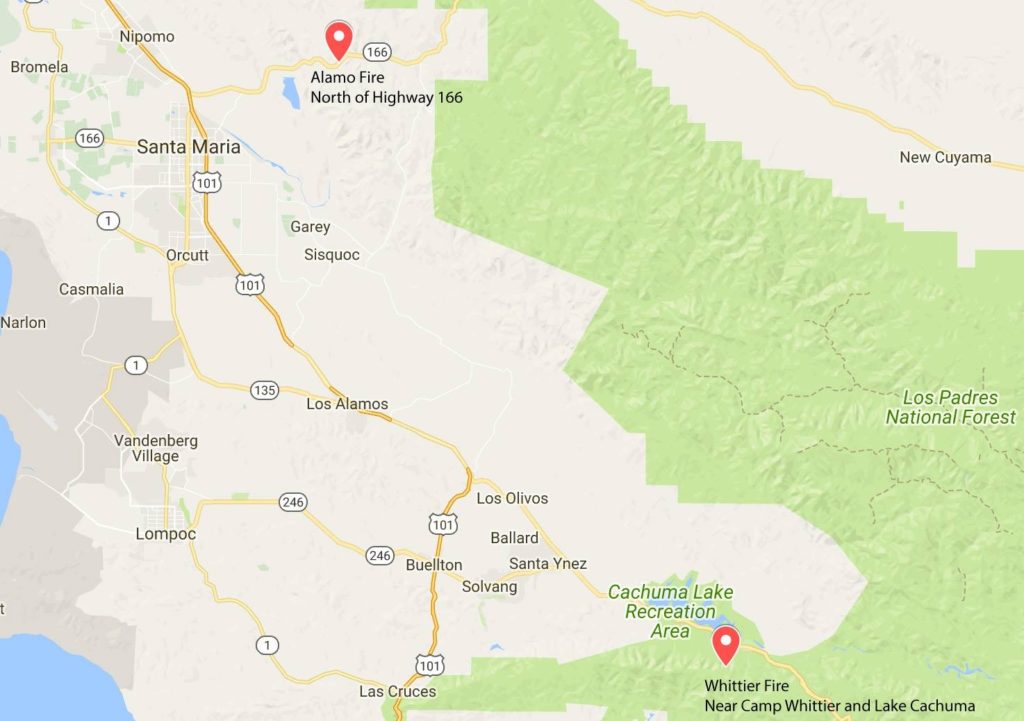 This map shows the approximate locations of both fires. Several agencies are collaborating to battle the two fires because of their close proximity. Phi Do / Daily Nexus

Raechel Mora, fourth-year biology major, told the Nexus she was leaving Davidson Library when she saw ash falling from the dark gray sky. Mora’s car was also covered in ash.

“It was clear that one of the mountains seen to the north from campus had caught fire,” Mora said in an email. “The smoke-filled sky made the view from I.V. look incredibly scary.”

According to Harris, the Whittier Fire is currently burning in a five-year drought-affected area that has not burned in over 60 years.

The UC Santa Barbara radio station, KCSB-FM, is currently off-the-air due to the Whittier Fire. The station’s broadcast tower is located on Broadcast Peak in Santa Ynez, and KCSB Advisor Ted Coe said the transmitter site is suffering a major power outage. 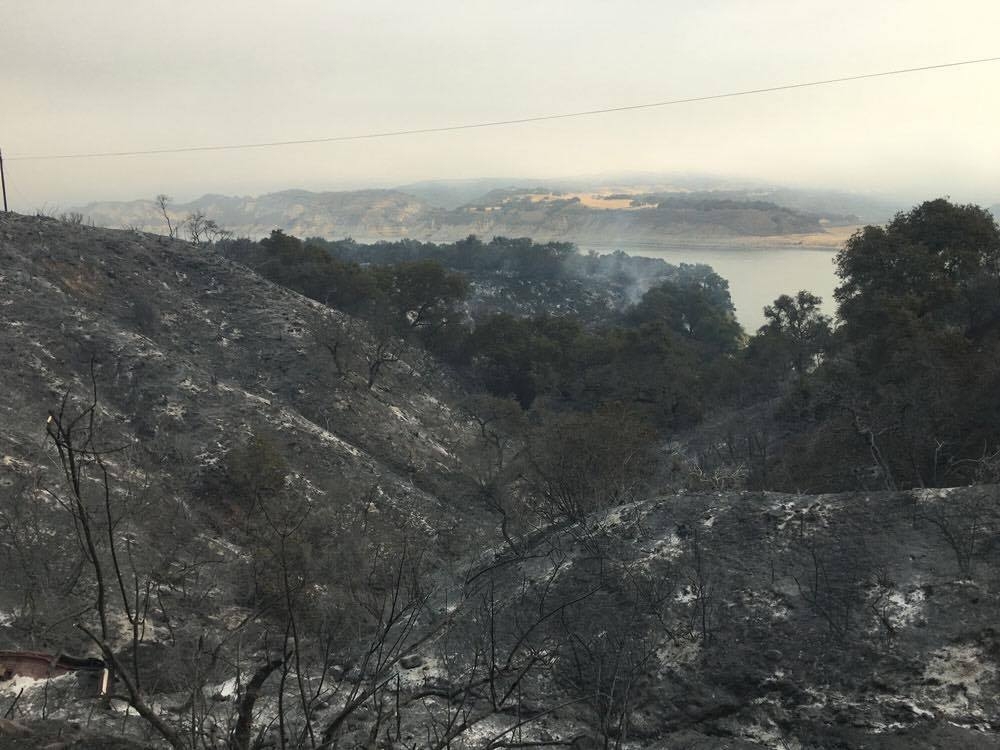 Charred hillsides from the Whittier Fire are visible with Lake Cachuma in the distance. Urban Hikers / Noozhawk Photo

The air quality warning recommends that the public act cautiously and avoid outdoor activities and exercise due to the smoke and ash in the air.

Ellie Hollinshead, third-year environmental studies major, said she noticed the bad air quality yesterday when she went shopping. She said she soon returned home to avoid breathing it in.

“Inhaling ash is really bad for your lungs, so I just stayed inside all day,” Hollinshead said. “I haven’t really left the house that much today either because I’m not really sure if there’s still particles floating around.” 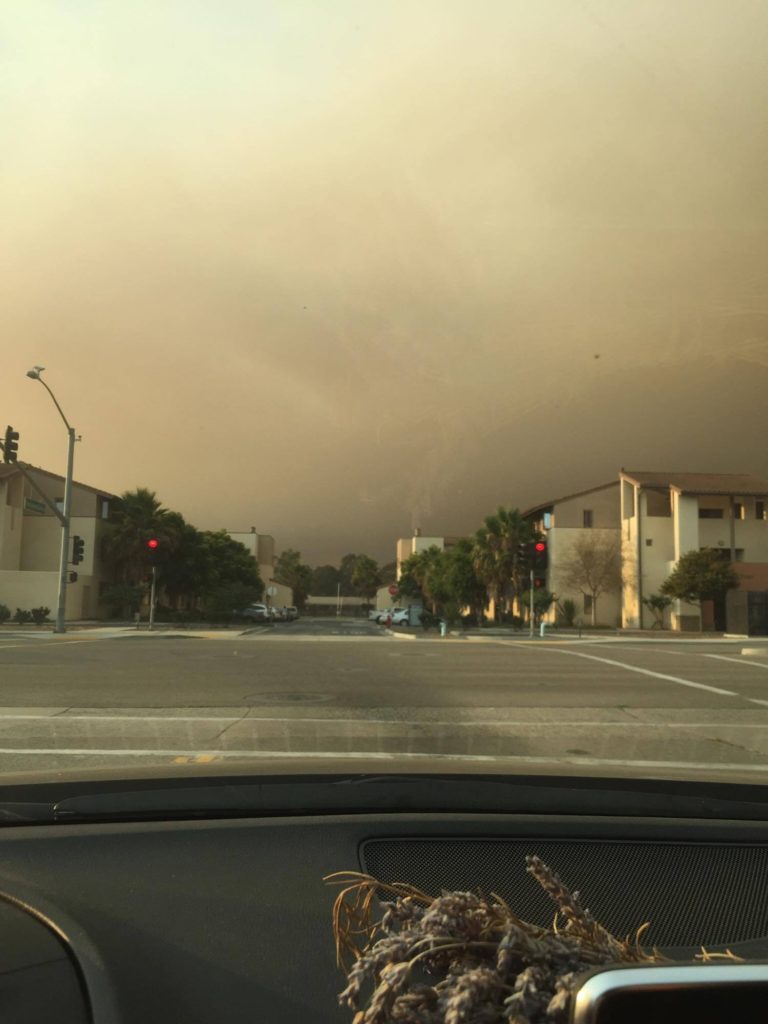 The view of the sky on El Colegio Road. Stephany Rubio / Daily Nexus

California fire responders are currently competing for resources to fight wildfires throughout the state, but Harris said they will continue to apply aviation tactics where it is appropriate during both day and night.

Due to the close proximity of both fires, Cal Fire is in coordination with Santa Barbara County Fire Department, U.S. Forest Service and the Los Padres National Forest by sharing air and ground resources as the priorities change for both fires.