Comedian and “The Daily Show” host Trevor Noah is performing a stand-up show on Jan. 19 at the Arlington Theatre as part of the 2017-18 UCSB Arts & Lectures season. 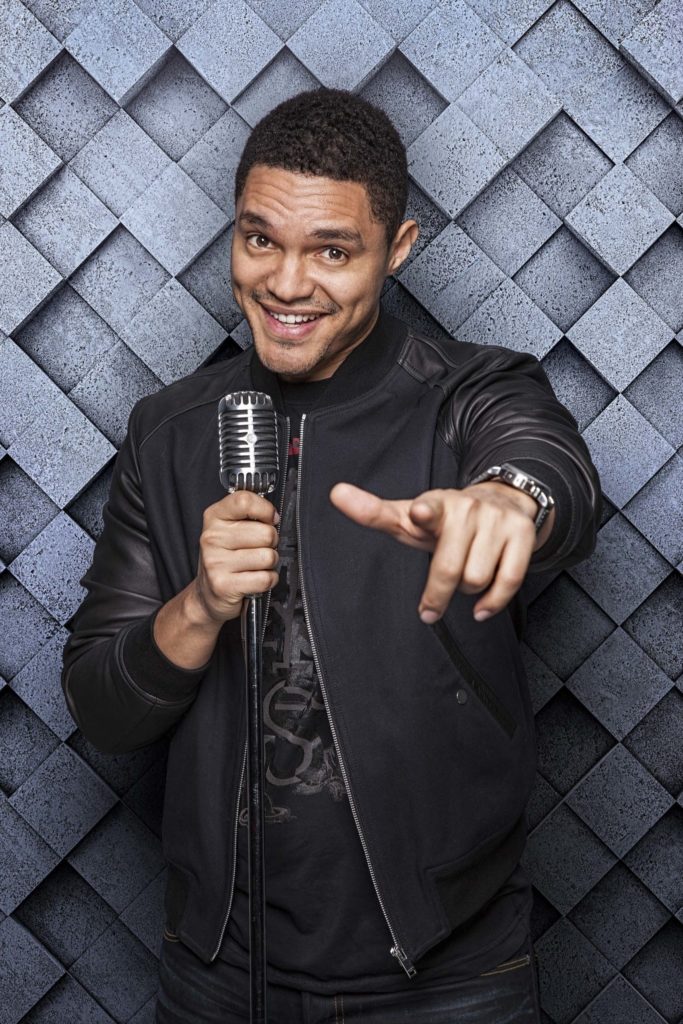 Noah is a South African comedian and author who became the new host of the Emmy Award-Winning series, “The Daily Show” on Comedy Central in 2015.

“The Daily Show” is an American satire show that discusses current political, social, and cultural issues.

Noah has recently made headlines for discussing the shooting of Philando Castile on air, whose death was live streamed on Facebook by his girlfriend, also touching on recent acquittal of the officer that shot him.

Noah said the National Rifle Association has been uncharacteristically “completely silent,” because, “according to their rhetoric, this is everything that they stand against, right? An officer of the state depriving a citizen of his life because he was legally carrying a firearm.”

He first joined the show as a contributor in 2014 and later inherited the position from the show’s 16-year-long host, Jon Stewart.

Noah’s career started in South Africa where he was a host for numerous television and award shows as well as hosting two seasons of his late-night comedy show, “Tonight with Trevor Noah.”

His Comedy Central stand-up debut was in 2015 with his special, “Trevor Noah: Lost in Translation,” where he talks about politics and his new role as “The Daily Show” host.

Born to a black South African mother and white European father, Noah often integrates his biracial identity into his comedy.

Noah has nine stand-up specials, with two of them currently featured on Netflix, as well as a New York Times bestselling book titled Born a Crime: Stories from a South African Childhood.

His book is a collection of stories that detail the politics and social issues he experienced as a child through the end of apartheid in South Africa.

Director and producer David Paul-Meyer made an award-winning documentary telling the story of Noah’s career and journey in post-apartheid South Africa titled “You Laugh But It’s True.”

His most recent comedy special, “Afraid of the Dark,” debuted on Netflix in February and touches on topics such as sexism, racism and colonialism.

His success, according to his website, has led to sold out shows across 5 continents and has earned him Personality of the Year for MTV’s 2015 Africa Music Awards.

“The Daily Show with Trevor Noah” was nominated this year for a Writer’s Guild Award in the category of comedy and variety talk series.

Noah will be a long-anticipated performance in Santa Barbara for this year’s Arts & Lectures star-studded line-up.

In the new Arts & Lectures season catalog, Billeci said, “to have artists of this caliber on our season is an honor and a delight.”

Being an anti-Semite, he should be perfect for UCSB