Joseph Biden, whom former President Barack Obama called “the best vice president America has ever had,” is coming to Santa Barbara on Oct. 21. 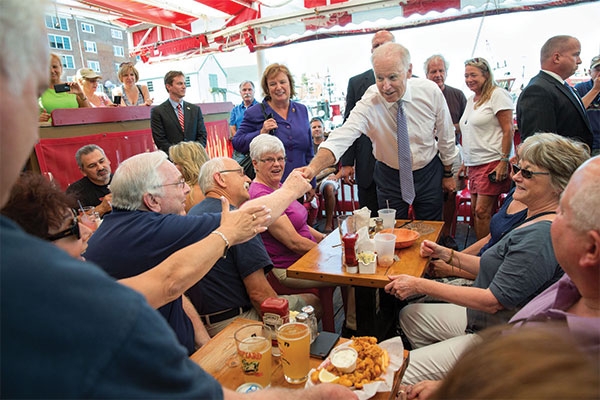 Biden will be giving a talk at Arlington Theatre in downtown Santa Barbara this fall as part of UC Santa Barbara’s Arts & Lectures series. In an email, Arts & Lectures Associate Director Roman Baratiak said the 2017-2018 lecture series will also include former Secretary of State Condoleezza Rice.

The two former U.S. government officials “have the experience and the expertise to address the current political scene and provide insights into the workings of the federal government” Baratiak said in an email.

As a public servant, Biden served as 47th Vice President of the United States with President Obama from 2009 to 2017. Before that, he was a U.S. senator representing Delaware from 1973 until assuming the vice presidency.

In his time as a senator, Biden served on the Judiciary Committee as chairman presiding over the U.S. Supreme Court confirmation hearings, including those for Robert Bork and Clarence Thomas, and on the Foreign Relations Committee working on issues like arms control.

He made a bid for the Democratic presidential nomination in 1987 and again in 2007 before accepting Obama’s offer to run with him on the ticket as vice president.

Under the Obama administration, Biden oversaw infrastructure spending to help offset the Great Recession as well as U.S. policy in Iraq that ended with the exit of U.S. troops in 2011. He also took on issues such as improving living standards for the working class, gun violence, violence against women, sexual assault and the fight against cancer.