The Daily Nexus
Track and Field
No Prior Experience Necessary: Matt Kuskey’s Unique Journey to the NCAA Finals
June 8, 2017 at 12:59 pm by Calvin Thrift 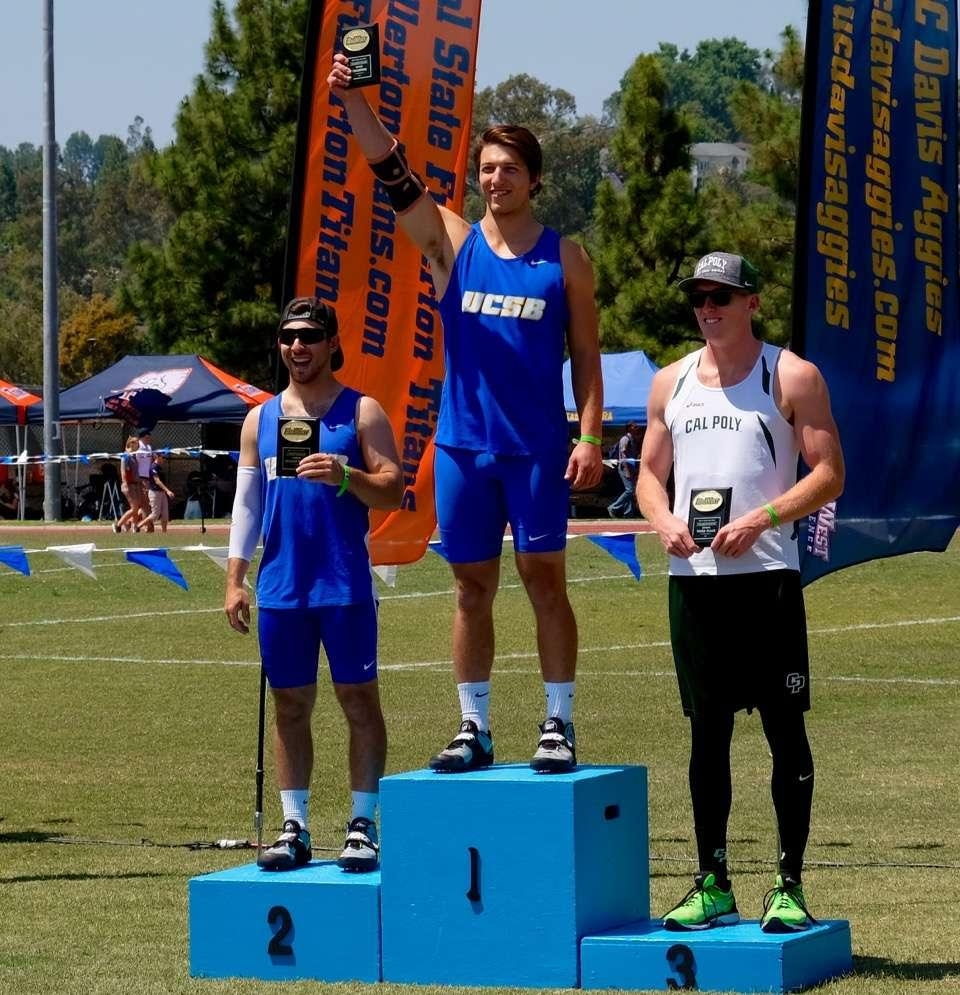 “I knew I wasn’t going to suck.” That was Matt Kuskey’s reply when asked about his mindset after deciding to try out a new sport he had never participated in, track and field.

Now, four years later, Kuskey is ranked in the top 24 nationally as a javelin specialist and has been invited to participate in the NCAA Track and Field Championships in Eugene, Ore., on June 8.

In addition to being ranked top 24 nationally, the senior is ranked No. 3 in the states of California, Oregon, Washington, Arizona, and Nevada in javelin and is also the No. 1 competitor in the Big West Conference.

Recently, Kuskey placed 12 out of 42 throwers in his third regional competition at the University of Texas. The 12th-place finish was high enough for him to receive the bid to the NCAA Championships.

Now, this might seem like another success story of a talented college athlete, but Kuskey’s path has been far from the norm and much more insightful.

Growing up in the Santa Barbara area, Kuskey attended Santa Ynez Valley Union High and graduated in 2012. Gifted athletically, Kuskey played football and basketball, and was also on varsity golf for all four years. On top of this, he was the captain of the golf team as a junior and senior. For someone who will be competing at the highest level of collegiate track in roughly a week, Kuskey’s high school athletic resume is missing something.

Because track season occurred at the same time as golf season in high school, Kuskey was forced to stick with golf in the spring sports, never getting the shot to become a four-sport athlete. Being so talented at golf, Kuskey’s choice was simple: He continued playing golf, never running track.

After receiving a one-year deferred admission from USC, his dream school, Kuskey decided to go to SBCC for a year before fighting on as a Trojan. However, after a year in Santa Barbara, there would be no USC Fight Song in Kuskey’s future.

While at SBCC, Kuskey decided to begin training as a decathlete. Decathletes compete in four track events as well as six field events. Kuskey described his decision to pursue track, “It was always a dream of mine to play a sport in college; I was athletic in high school.” Being a three-sport athlete and then just deciding to give decathlete training a try, Kuskey is more than just “athletic.”

The javelin emerged as Kuskey’s specialty, and all of a sudden, after having never run a day of track in high school, Kuskey was competing at his first NCAA regionals in Austin, Texas, as a sophomore.

“It was really unexpected, actually, [but] I’ve always sort of been a really competitive type and never really liked the feeling of being bad at something,” Kuskey said. “It’s obviously a lot of work and javelin is a very technical event. It took a lot of endurance.”

The mindset and practice from succeeding in multiple other sports helped Kuskey just as much as his natural athleticism. Without the discipline and ability to ignore distractions, he wouldn’t be where he is today.

“Being in a D1 program for the past four years has taught me a lot about time management, at times doing more track than school, double days — everybody does it on the team,” Kuskey said.

The hard work and dedication has clearly paid off for Kuskey, but perhaps more rewarding have been the experience of being involved with track in college. While there are plans for the renovation of the UCSB track, the well-known poor condition of the track has been bringing the team together.

“The fact that we’re the underdogs sort of unites us. The track team is pretty close, we’re all pretty good friends. We use that underdog mentality to our benefit,” Kuskey said. “It’s pretty cool [when you see a] 250-pound thrower is cheering on the distance runners, and you can feel the energy; everyone feeds off each other.”

This attitude and environment of track has clearly driven Kuskey to thrive in the sport, but Kuskey isn’t slowing down anytime soon.

Unsurprisingly, Kuskey is succeeding in more than just sports. He is graduating at the end of this quarter with a degree in political science with an emphasis in international relations, and he’s already been commuting two days a week to Manhattan Beach for an internship in sports marketing.

Kuskey credits his all-around success to his involvement and experience in sports. “Being an athlete and being on track has prepared me for a work environment, and employers know that.”

While it may seem reasonable for a graduating senior to be stressed with so much going on, Kuskey is extremely calm and ready for everything to come. Ubiquitous questions of jobs, places to stay and graduation photos have of course been evident this spring for seniors, but Kuskey has had to juggle his track postseason on top of all this.

Thinking about his life after graduation, Kuskey did manage to crack a joke: “It’ll be pretty interesting for the first time in my life without having 8 a.m. workouts.”

He’s had to travel to Austin, Texas, and now he’s planning his trip to Eugene, Ore. Having a conversation with Kuskey, you’d never know how much he has on his plate due to his composed nature. The top-24 javelin thrower in the country humbly discussed only some of his achievements, but he won both the Big West Championship and the UCLA-hosted Pac 12 Invitational this year in addition to qualifying for the NCAA Track and Field Championships.

Traveling to Eugene this year is well-deserved for Kuskey, as he competed in regionals for the third time this year, but he is barely shaken by the intensity of where he’ll be next week on June 8.

“I’m a little bit nervous. I try not to think about it too much; I’ve been training for this for four years,” Kuskey said.