The Daily Nexus
Opinion
Farewell from the Editor: Four Years at the ‘Nexus’
June 8, 2017 at 5:00 am by Jackson Kerr 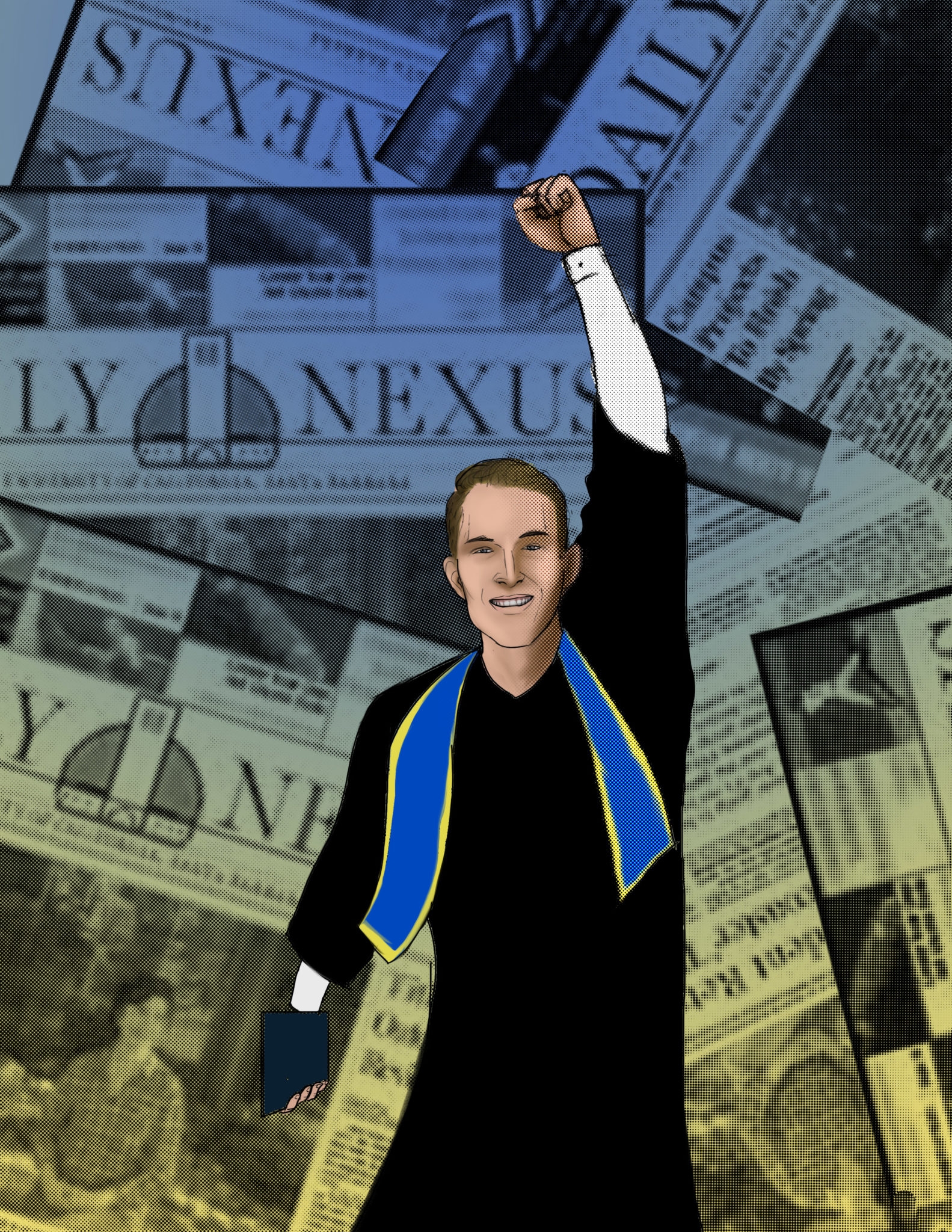 Four years at UCSB have come and gone faster than I know how to explain. I don’t feel terribly different than the wide-eyed 18-year-old who moved into Santa Rosa Hall three Septembers ago. All it takes is some simple consideration of the way time works and it becomes obvious a lot has changed. I feel grateful and optimistic after four years at UCSB, which is probably exactly what the UC hopes a soon-to-be-grad would say. “Surreal” is a word that gets tossed around a lot, but it’s accurate. It feels surreal to be simultaneously in the twilight of such a special period of time and on the precipice of the rest of my adult life.

Since I was in first grade skipping my homework so I could write my own adaptation of Indiana Jones, I knew I wanted to write. The Daily Nexus has afforded me the opportunity to do just that. As soon as I walked into the office during orientation, I had a feeling I would be spending a whole lot of time underneath Storke Tower. From there, I have been involved with the Daily Nexus in one position or another since the first day of freshman year.

Looking back, I feel so, so grateful for all of the wonderful people who were already working incredibly hard for the Nexus when I showed up wanting to write news stories. As a reporter, I met an array of people I otherwise would have never come into contact with. Politicians, pro surfers, bands and school officials all had to bear with me through my earliest attempts at interviewing because the Nexus staff believed in me. Whether I was sitting in the parking lot of the residence halls to get a “quiet” spot to talk on the phone or literally running across campus to make it to an event at a building I’ve never heard of, I learned a lot about hard work and what it means to truly care for your job. As a news editor, I became painfully aware of just how patient my editors must have been with me, and I realized much of the true joy of news lies in those hectic, touch-and-go moments.

As an opinion editor, I’ve held the unique duty of bringing the many diverse perspectives represented in our community to a greater audience. It has been an eye-opening endeavor to say the least. Holding a position in which I was tasked with facilitating the dialogue on topics ranging from U.S. foreign policy to whether or not you should go and immediately try dropping acid is not something I’ve taken lightly. It has been my hope that the opinion section more closely reflects the broad range of ideas on this campus than it does my own opinions. It hasn’t always been easy, but I have admired the level of involvement and passion from all corners of the UCSB and Isla Vista community I have been fortunate enough to come into contact with in this position.

It has been a privilege to read and respond to so many op-eds and letters to the editor; thank you to the opinion writers and all of the others who contributed to this section.

I felt and still feel distinctly honored to have been hired as a staff writer, a news editor, an opinion editor and, as I write this, an outgoing opinion editor. It has been my absolute pleasure to bring to the greater UCSB campus my writing as well as the writing of my peers, and I am nothing but thankful to have been in a position to live out my childhood dream of writing. I sincerely thank everyone who took a moment to tell me they read and enjoyed my writing and the writing I was able to publish. And for those who hated the work I’ve done, the good news for you is I’m on my way out!

Through all of the sleepless nights and heart-wrenching stories, I am proud of our staff and the content we have created. It is my belief the current and incoming staff will do everything in their power to continue delivering the news, sharing perspectives and representing the UCSB campus. As many of us graduate this month, the group being left in charge of our paper is a huge source of that optimism I mentioned.