The Daily Nexus
Opinion
Farewell from the Editor: Continuing Activism
June 8, 2017 at 5:00 am by Sebastianne Kent 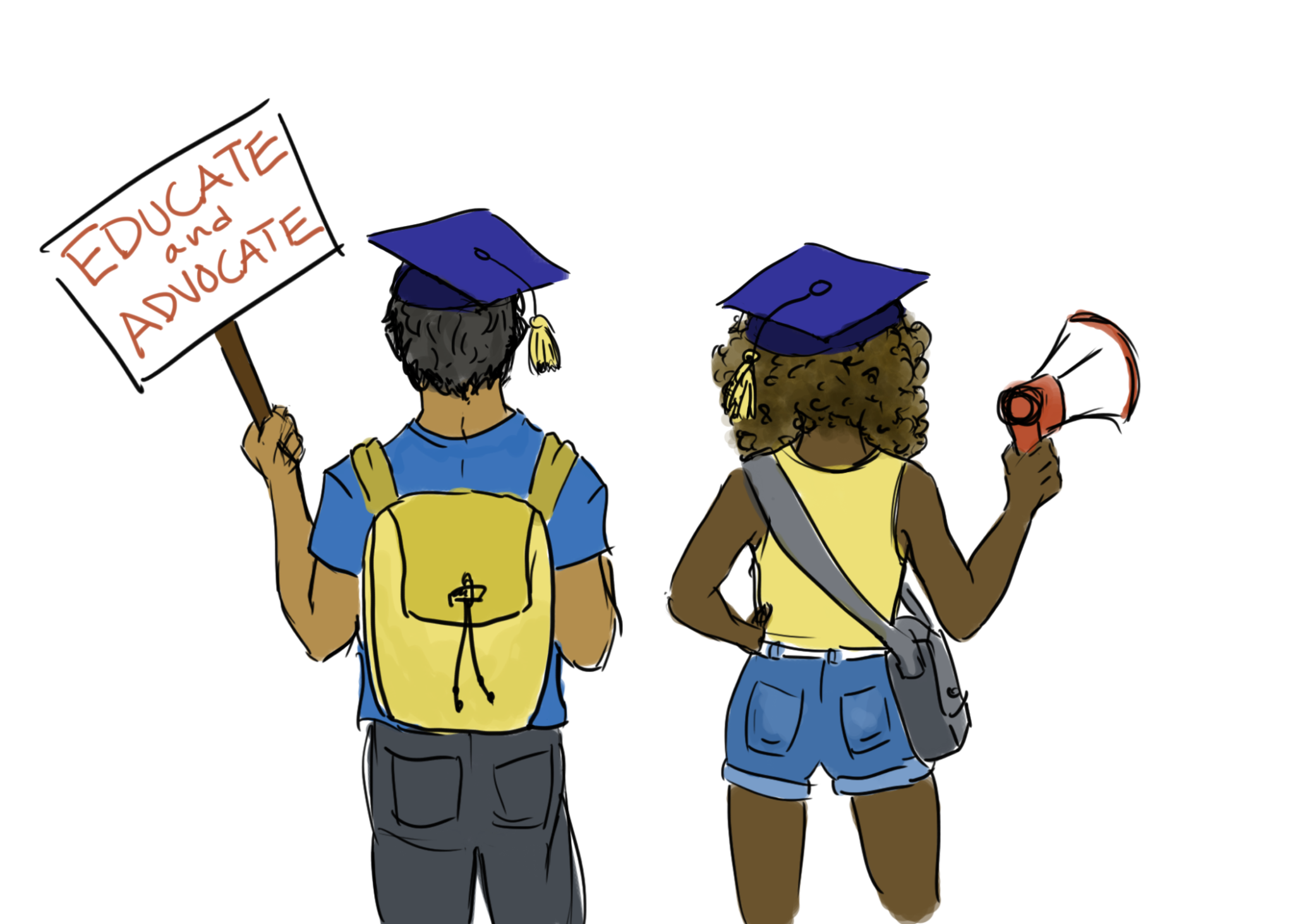 I can’t imagine having gone anywhere other than UCSB for my undergrad. This is coming from someone who saw “beach” on the list of amenities and figured she’d had enough of New York winters for a while. But our campus, while it is idyllic, is a bubble some of us can’t afford to have un-popped. For a lot of incoming Gauchos, UCSB and Isla Vista are the most diverse communities they’ve been a part of. They come from homogenous suburbs that are separate from the urban food deserts some of their counterparts call home. For these students, they have achieved something new, and then they stagnate. College is a matter of course, school is their career and they don’t necessarily worry about staying in school or paying bills.

For this demographic, news of Oscar being denied access to Gio’s based on his Mexican ID while a German ID was taken immediately after is something they can shrug off as yet another instance of someone being too sensitive and making it about race when it doesn’t need to be. It’s easy to decry something whole groups of people live with on an everyday basis when you’ve never dealt with it at all, easier still when you live in a college utopia that practically dares you to focus on the negative when surrounded by so much beauty.

UCSB is a place where things seem perfect on the surface, but when you look for problems to fix or communities to advocate for, these things abound. That doesn’t mean UCSB is inherently more difficult to navigate than other college campuses (although only having attended this one, my opinion is limited), but the majority of this campus seems unable to admit that we have a lot of work to do as a community before we can dust ourselves off and enjoy the view.

UCSB is a place where things seem perfect on the surface, but when you look for problems to fix or communities to advocate for, these things abound.

Graduating from a school so mired in controversy and history gives one perspective on how this place has been shaped by the activists that came before us. The burning of the Bank of America in Isla Vista, marches by students of color and walk-outs for free tuition are events that characterize this small area and make it so notable. While school publications praised student activists for walking out, however, our peers complained on Yik Yak and told the protesters that “if they stayed in class and worked harder, maybe they would be able to afford school in the first place.”

Student advocates, don’t let your peers take credit for your work. It isn’t fair that they share the Facebook links to pictures of the sit-ins you attended without even knowing the root cause. They don’t deserve the stamp of pride you’ve worked so hard to earn. Instead, we need to educate our fellows about the struggles we live so we can become the community we claim to be.

The tight-knit network of advocates working to make this campus a better place is strong and mighty, and they’ve achieved amazing bounds. But I don’t think it should be on their shoulders alone to generate change. We’re at a tipping point and we can either sink or swim, and right now our campus is a microcosm of problems playing out all around us.

Here is where we learn to stand with each other, Gaucho strong.

Update: A last name has been removed from this article to protect an undocumented student’s identity.

Correction: An earlier version of this article said a student, Oscar, was denied entry into Gio’s. He was denied access to the establishment, on basis of not being able to buy alcohol.

Wait, now Oscar was “denied entrance to Gio’s”? How fast the rumors change. Last time I checked he was only denied a beer. The Daily Nexus should stop publishing #FakeNews slandering an entire business, and issue an immediate retraction of this. You’re entitled to write your own opinion in the opinion section, but not flat-out lies. This might even be actionable libel.

Since you can issue retractions to protect illegal aliens’ identities, apparently it’s not beyond your reach to issue a retraction for a flat-out malicious lie about a member of the Isla Vista community.

Mr. Kent, wait until you see what the real world has in store for you. No business is going to tolerate your complaining.