The Daily Nexus
News
American Indian Student Association Wins OSL Group of the Year
June 8, 2017 at 1:35 am by Stephany Rubio

The UC Santa Barbara Office of Student Life (OSL) has named the American Indian Student Association (AISA) as the 2017 OSL Group of the Year for fostering Native American academic outreach and opportunity. 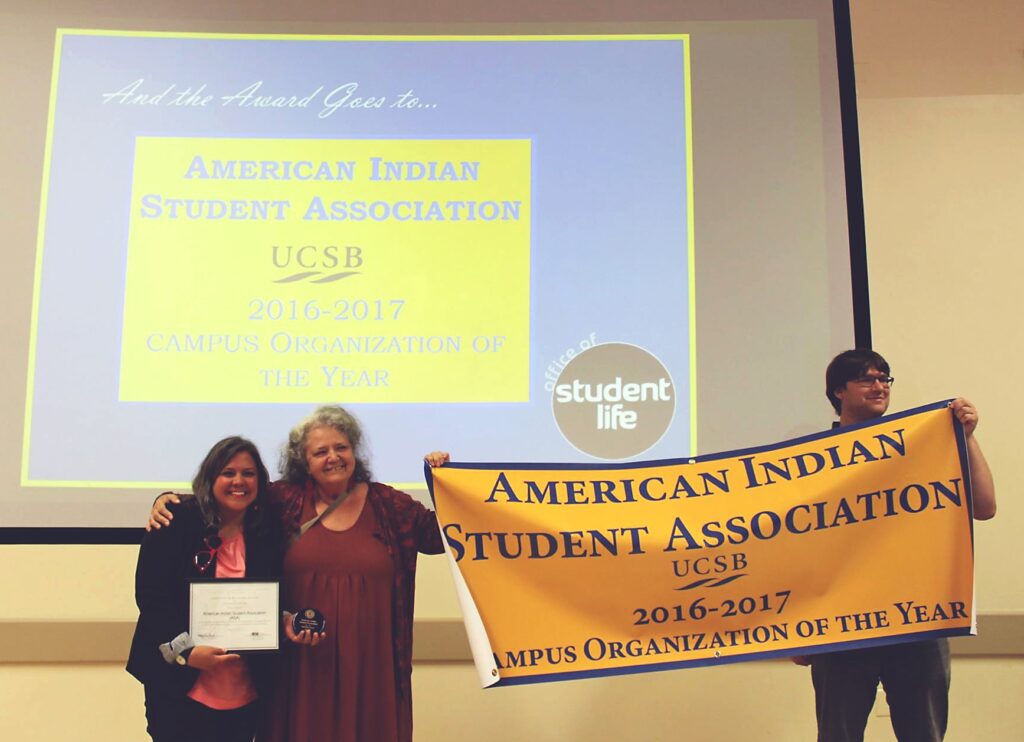 The American Indian Student Association was recognized for creating new visibility and membership for Native American students and greater recognition to the Chumash bands living in the area. Courtesy of AISA

AISA is an organization that focuses on providing spaces for Native American students to practice and celebrate their cultural identities. OSL examines an organization’s overall success and university outreach to determine a winner every year.

The AISA was recognized for creating new visibility and membership for Native American students and greater recognition to the Chumash bands living in the area.

AISA was founded in 1970 by UCSB alumnus and Pawnee Native American Lawrence Baca, who in 2012 won the American Bar Association’s Thurgood Marshall award for his work in defending civil rights.

The AISA is a place for students to learn and share each other’s traditions and tribal customs and emphasize the importance of recognizing and honoring the Coastal Band of Chumash Nation, whose land the campus is located on, said Keri Bradford, a graduate student and American Indian Student Services Coordinator.

“[The Coastal Band of Chumash] have welcomed us to their land and into their homes,” Bradford said in an email. “[They] continue to bless us with songs, wisdom, hugs and laughter.”

Bradford also said their local community “is made up of members from so many different Tribes and Nations” similar to the bonds created in AISA.

She said the Native community takes care of the UCSB AISA members while they are on Native land and said their family “just keeps growing.”

Bradford told the Nexus in an email that she nominated AISA for their exceptional work in expanding their outreach program.

S.T.A.N.D.S. hosted students from 17 different Tribes and 22 schools that UCSB has historically not reached out to, and AISA members continue to mentor them, Bradford said. 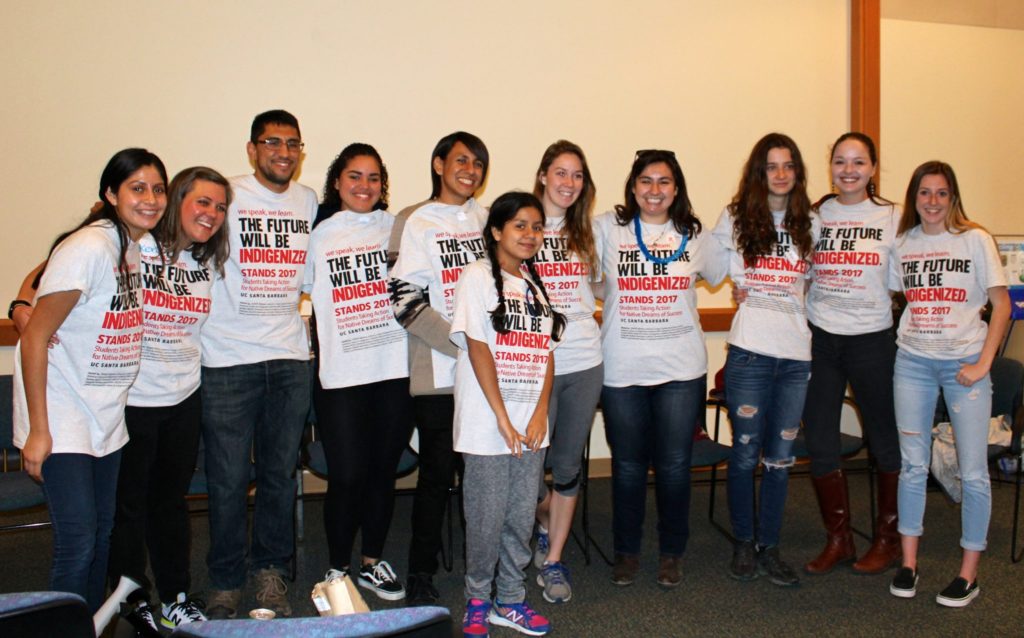 “I learned more about my Native Heritage and what UCSB has to offer,” said Desirae, a tenth-grade S.T.A.N.D.S. participant, in a statement on AISA’s website. “I’m really thankful I was able to attend STANDS and have this experience. I am truly grateful for all of the opportunities coming my way.”

The conference was free for the participants and their families thanks to AISA members raising the necessary funds.

Bradford said their funding comes from “several partners across campus,” including the Chancellor’s and Vice Chancellor’s office, several academic and student affairs departments and A.S. organizations including Community Affairs Board, Student Commission on Racial Equality and Student Initiated Recruitment and Retention Committee.

Their main source of funding is the Student-Initiated Outreach Program (SIOP), Bradford said. They also receive donations from various partners on and off campus.

“This means that these students self-identified on their applications when they were applying to UCSB,” Bradford said.

She also said, however, that there is no accurate way to identify the actual percentage of Native American students on campus because some students may be multiracial or multiethnic and choose to identify with other demographics when applying.

Some students, she said, do not disclose their race or ethnicity because it is not required.

“Some of our AISA members chose not to identify on the application … but of all the UC schools, we enroll the greatest number of self-identified American Indians,” Bradford said.

Bradford said the organization tabled at the S.T.E.M. Student Welcome day last year where members talked about Indigenous science and ways of taking action on campus in support of the Standing Rock Sioux Tribe’s fight against the Dakota Access Pipeline through fundraisers, honorings and activism.

The group experienced record-high membership during the 2016-17 school year and attended a dinner with Student Affairs Staff to discuss Native American experiences in April.

Jeike Meijer, a first-year global and feminist studies double major of Arawak heritage, said it is comforting “to know that you’re not alone” as a Native American student.

Meijer said everyone in the group is “incredibly welcoming,” and she hopes to become more involved throughout the rest of her undergraduate years.

Meijer said it is difficult to mobilize more students because of the lack of Native American visibility and hopes to create more opportunities for Native American students as a newly elected Assembly District Delegate for the California Democratic Party.

“In America there are things that Native Americans go through and face that other people don’t necessarily recognize or think about,” Meijer said. “When you get into a group with other Native American students that realize this, it is very unifying because shared experiences and thoughts allow us to connect.”

K’Ehleyr McNulty, an AISA member who will soon be graduating with degree in earth science, said AISA is the one place she can feel “worthy” of her own experiences and opinions.

An Arizona native, McNulty said the organization has become an extension of her home and her Ohlone Costanoan Esselen Native American Nation during her time at UCSB. She said it has become a place where Native American students can find commonalities with one another in their heritage.

She said she hopes the group will grow in the following years after she graduates in the coming weeks.

“It is the one place I can feel myself the most on this campus,” McNulty said.