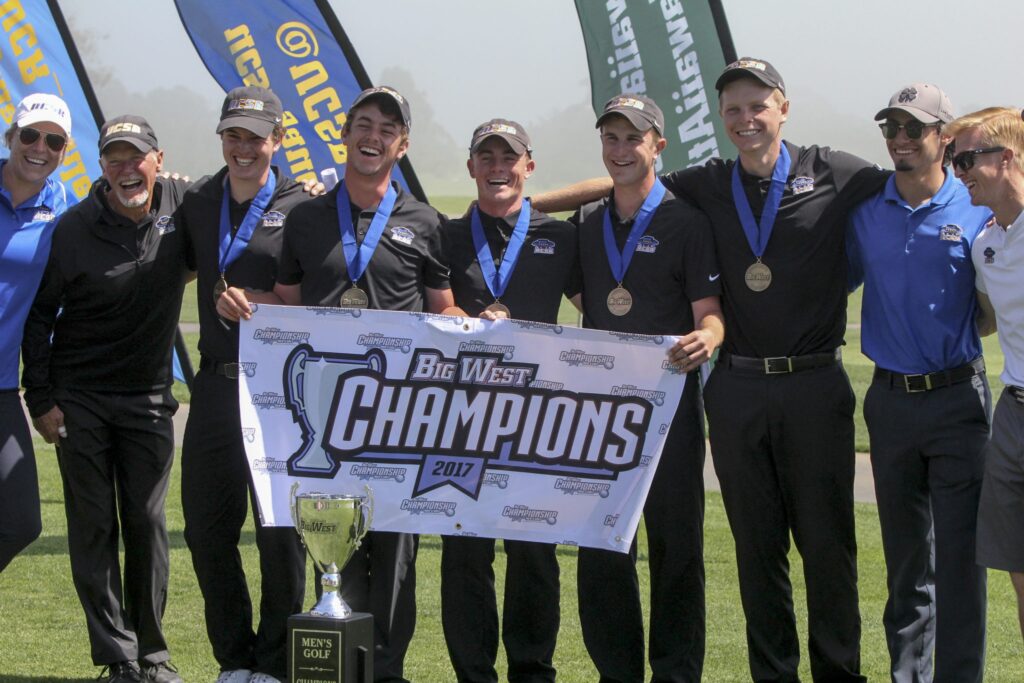 Winning a conference championship is one of the lofty goals of every Division-I sports team here on campus. It’s hard to win that league title every year, but at the very least, be competitive and not fall into a drought. Unfortunately for the UCSB golf team, it fell into this drought.

Since 1998, the golf team had not hoisted a Big West trophy above their heads in celebration of a season well done. The highest finish the Gauchos enjoyed in those 19 years was a third-place finish at the 2016 league championships. Bringing back most of the high-quality athletes from the 2015-16 roster, UCSB was poised to make a run this year.

And that they did, as the Gauchos were able to win four tournament titles throughout the regular season and were given the No. 1 seed at the 2017 Big West Championships, which was also hosted by Santa Barbara at the Sandpiper Golf Course.

Everything seemed to be coming together for the golf team to finally attain the happiness of a league title this year, and they did on May 3, 2017. Holding a six-stroke lead heading into the final day of the tournament, the Gauchos held off a furious rally from CSUN and won the league title by one stroke, making this our Best Sports Moment of the Year. The win also meant the Gauchos earned a NCAA regional bid for the first time since 1999.

The smiles on every athlete’s face, the smile on Head Coach Steve Lass and the excitement from a big home crowd set the stage for one of the most captivating moments to be a part of. And as junior Brandon Bauman said moments after winning the tournament, “We have put our school back on the map and it was because of all these guys, and now we are in the midst of possibly the best run in recent school history.”