The Isla Vista Food Cooperative celebrated its recent solar panel installation of solar panels with a ribbon-cutting ceremony this Sunday. 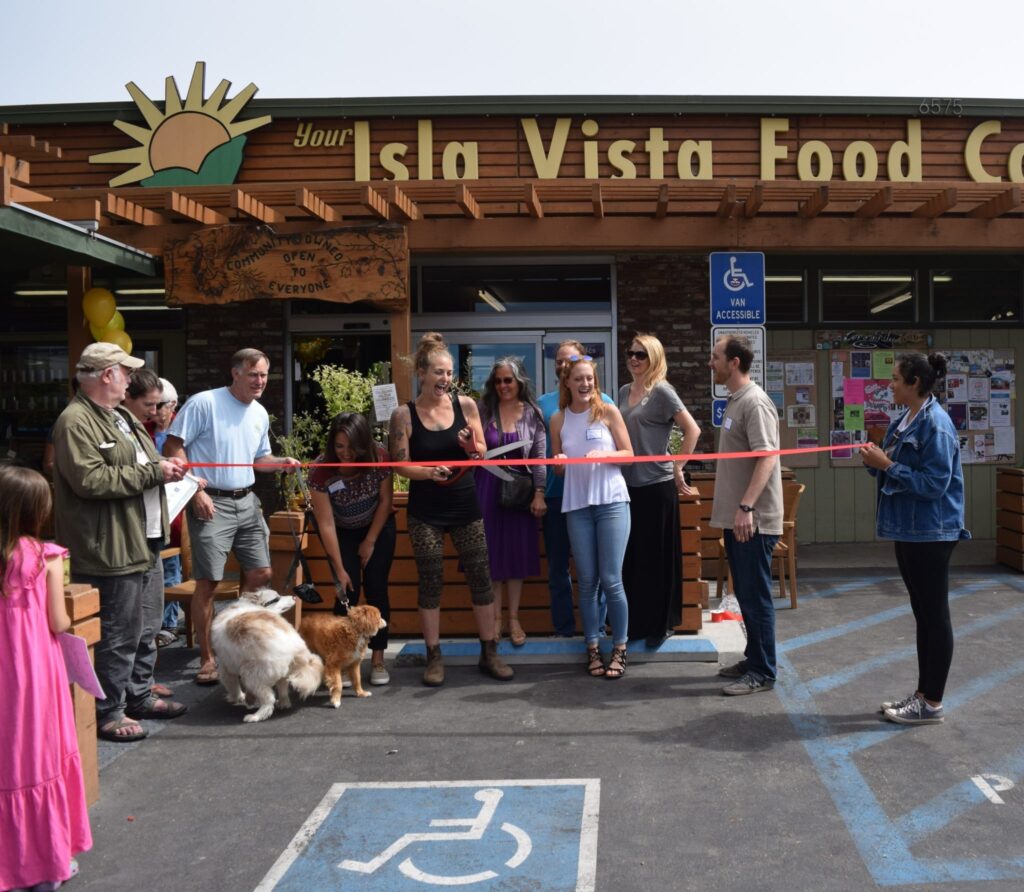 The Isla Vista Food Co-op held a ribbon cutting ceremony for their new solar panels, which now account for a third of the store’s electricity needs. Yuki Copnall / Daily Nexus

Put together by the UC Santa Barbara Solar Ambassador team and the Co-op, the ceremony included speeches from solar ambassadors, RE-volv, the Co-op general manager and the UCSB Zero Waste Committee. Supporters climbed a ladder on the side of the Co-op building to see the newly installed panels on the roof. Afterward, groups celebrated by cutting a giant ribbon with a pair of scissors.

San Francisco-based nonprofit RE-volv started the Solar Ambassador Program as a way to help organizations and businesses switch to renewable energy. The one-year program takes college students and trains them in finance, management, crowdfunding and community engagement in a four-day retreat in Tomales Bay near San Francisco.

Andreas Karelas, executive director of RE-volv, said the ceremony was a way of raising awareness about renewable energy.

“A project like this and a ribbon-cutting like this is [sic] really meant to show all the customers that come here, all the community members, all the students in Isla Vista at Santa Barbara, that solar power works,” Karelas said. “It saves the Co-op money, it can save you money and it’s something that we could all get behind and get involved with.”

UCSB’s Solar Ambassador team started their project in 2015. After signing the lease with the Co-op in the fall, the team raised $59,261 in donations during a crowdfunding campaign in the spring of 2016.

Olivia Godfrey, a fourth-year environmental studies major and one of the solar ambassadors, said she’s happy that the project is finished.

“We’re really excited to see everything come to a close,” Godfrey said. “My favorite thing about the project was seeing the love and support that the community has for the Co-op. You don’t really see that until you tell them about something and then their face lights up, and it’s really awesome to see.”

The Solar Ambassador team commissioned Sun Pacific Solar Electric, a local solar contracting company, to build 100 solar panels capable of generating 24 kilowatts of energy each. The panels officially began supplying power on May 17 and have been able to generate approximately a third of the grocery store’s energy usage since then.

Under a 20-year lease term, the Isla Vista Food Co-op plans to pay off the cost of its solar panels gradually over time. Representatives from RE-volv said this current plan cuts the Co-op’s electricity bill by 15-percent. 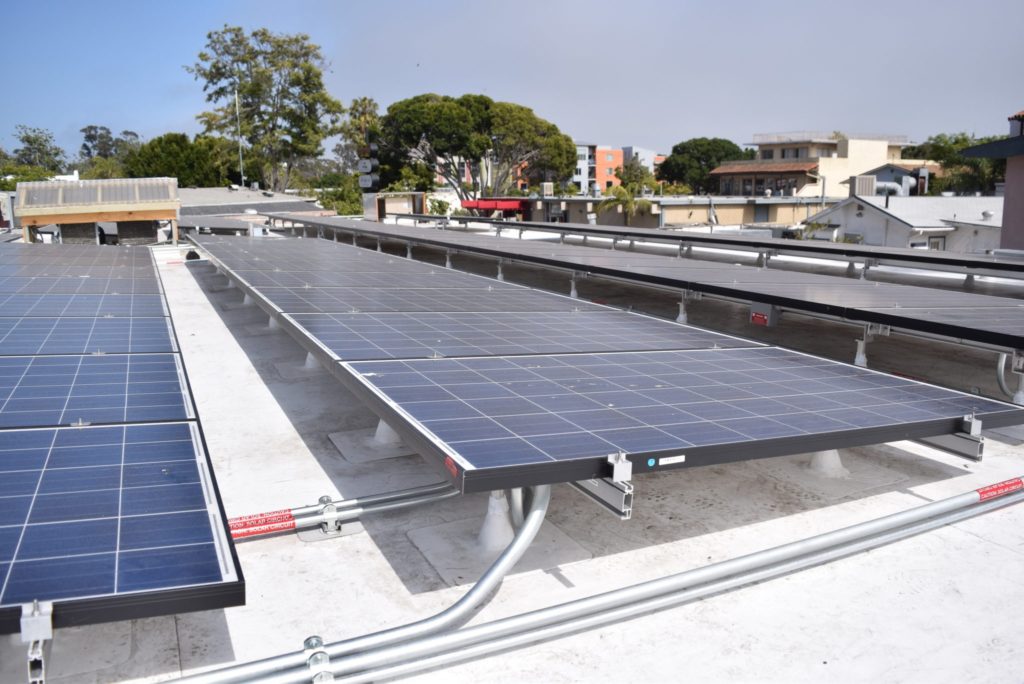 Kaylan Lamb, a fourth-year environmental studies major and the project leader, said the project was possible because of the cooperation among the different organizations and businesses.

Lamb thanked the RE-volv representatives, Co-op staff and community members who supported the campaign “even when things got rocky.”

“[RE-volv representatives] were really our sponsors and guardians throughout the whole project and really gave us the motivation in the first place to spearhead the crowdfunding campaign to get the solar panels,” Lamb said. “The Co-op staff were so patient and so cooperative with us … It was really a group effort, and awesome to be able to bring everyone together and celebrate.”

After the ribbon-cutting, a Co-op employee played a tune on the trumpet that was received with cheers from the crowd.

Sarah Brinker, the associate director of partnership and philanthropy at RE-volv, said the ceremony was personal for her.

“This ceremony has a special place in my heart because I’m from Santa Barbara. I shopped at this Co-op and my mom shopped at this Co-op,” Brinker said. “I’m an advocate for the environment and clean energy, so this is kind of a beautiful marriage of family, community and things that are important to me.”