The Daily Nexus
Film & TV
Actress of ‘Tangerine’ Brings New Perspective to Trans Media
June 1, 2017 at 5:26 am by Ryan Song

On Thursday, May 25, Pollock Theater’s Trans Media series program screened “Tangerine,” the movie most widely known for being shot on an iPhone 5S. It’s Christmas Eve, and Sin-Dee (Kitana Kiki Rodriguez) has just been released from prison only to find out that her boyfriend, Chester (James Ransone), left her for another girl. To find out the truth about this rumor, Sin-Dee and her friend Alexandra (Mya Taylor) journey through the diverse areas of Los Angeles.

The film feels very authentic with the way in which it captures Los Angeles. The use of the iPhone 5S helps show the setting in a more down-to-earth manner. Everything appears as if it were captured in the moment, instead of being modified to look more perfect in post-production. The unrestricted nature of using a smartphone instead of a large camera benefitted the production of this film, as there were shots that would not be done in a traditional filmmaking set because sound or lighting equipment would interfere with the reflection or flow of a shot.

The acting is another factor of the film that made it such a realistic experience. Most of the people involved in the film were not big names, but the possibility that they actually live in Los Angeles made their performances feel more genuine than if it were to be done by any Hollywood actor. Most of the supporting cast are the various people Sin-Dee and Alexandra meet during their odyssey across Los Angeles. They all play some part in reflecting the general themes of friendship and connectedness in the film. The performances don’t even feel like actors reading lines; they feel like normal people causally living their lives which are captured by director Sean Baker’s crew.

While Rodriguez was excellent in her role as Sin-Dee, Taylor stole every scene she was in as Alexandra, which is what made me highly anticipate the Q&A session that was held after the screening between Taylor and Patrice Petro, director of Carsey-Wolf Center and Film and Media Studies Department professor.

Taylor explained how she got the role through Baker, who approached her while she was talking with a friend outside the Los Angeles LGBT Center because he wanted to draw real-life experiences for the film. Taylor was the only one helping him, and he liked her personality, believing that she fit the character of Alexandra best. In actuality, Taylor, a trans woman, was very insecure during the time she was in production for “Tangerine” because she had just transitioned. 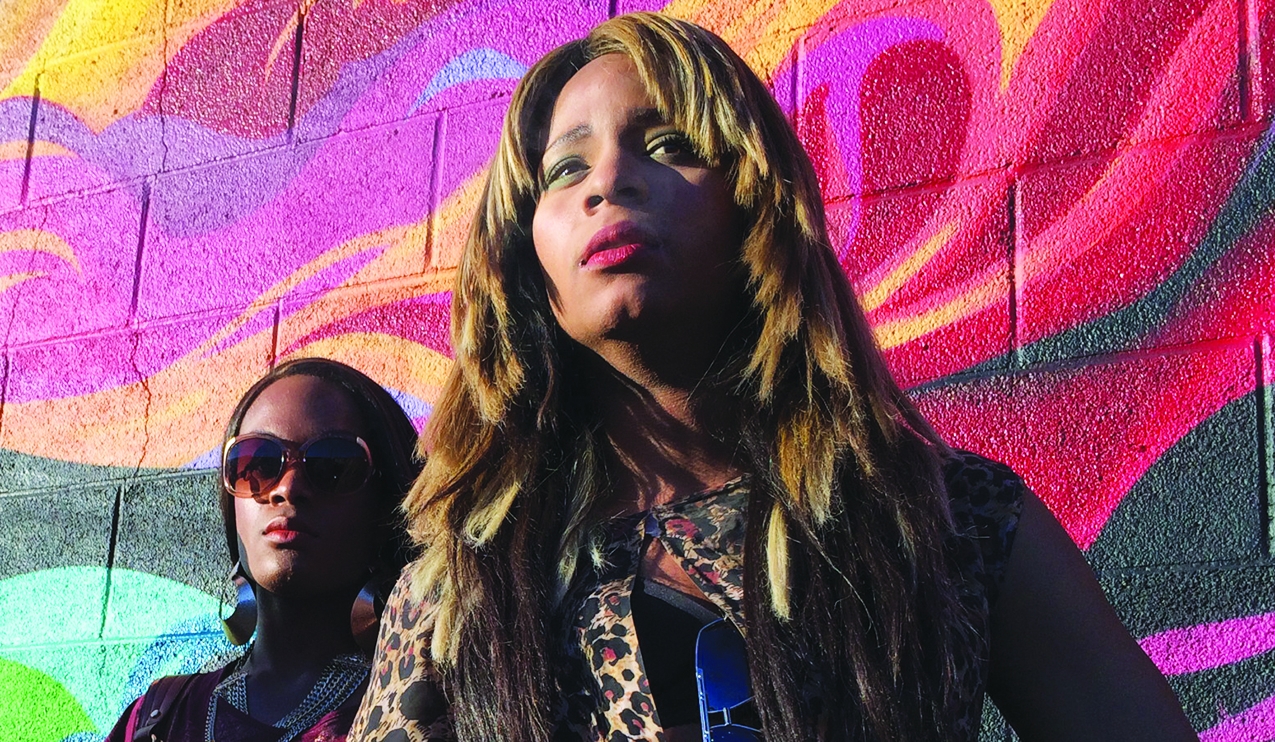 She explained to Petro that she wanted to take her personal life completely away from her when becoming Alexandra. The character was confident, so Taylor used the experience she had in “Tangerine” to make herself as confident as the character she was portraying.

This confidence that Taylor gained remained with her even after the release of the movie. Ever since, Taylor has become a vocal activist for the LGBT community. The purpose of UCSB’s Trans Media program is to “showcase contemporary media work in television, narrative filmmaking, and critical documentary in an effort to explore the relationship between sexual orientation and gender identity outside of a rigid binary view of the world,” according to the Carsey-Wolf Center website.

Taylor explained to Petro that she felt like an advocate for trans women. Taylor illustrated this notion by recounting her personal life. She was rejected by jobs because her I.D. stated that she was still a man even though she considered herself  transgender. She explained how random strangers she met were much more accepting than her own family members. She wanted to live a normal life, and even though “Tangerine” gave her that opportunity, she still thought of those who didn’t have the same chance as she did. She explained how some people could get rejected so many times that they could resort to drugs; it was all a domino effect. She didn’t want to be selfish about her success and wanted to help others instead. With the money involved in her job, she noticed how she was moving up the ranks, and she looked to the people still on the streets. She noted how it was difficult to get out of this kind of situation, so she wanted to open up to that community more.

However, even as an actress, she still faced being stereotyped by Hollywood. When Taylor was first doing auditions, her manager offered roles of a victim. These roles were associated with Taylor either playing a prostitute or someone who was killed in the film. As she went to more colleges and found more LGBT students, she realized that an entire community of people were viewed in one restricted way. Fortunately, Taylor began to work under a new manager, who got her into roles for the short films “Diane from the Moon” and “Happy Birthday, Marsha!”

So, should “Tangerine” be only recognized for shooting on an iPhone 5S? Hell no. While the film itself was completely different from other films I have seen, it was the context surrounding this movie explained through Taylor’s Q&A session that made the film feel much more unique and important.