Associated Students (A.S.) will be voting Wednesday on a resolution to boycott Giovanni’s Pizza in Isla Vista. 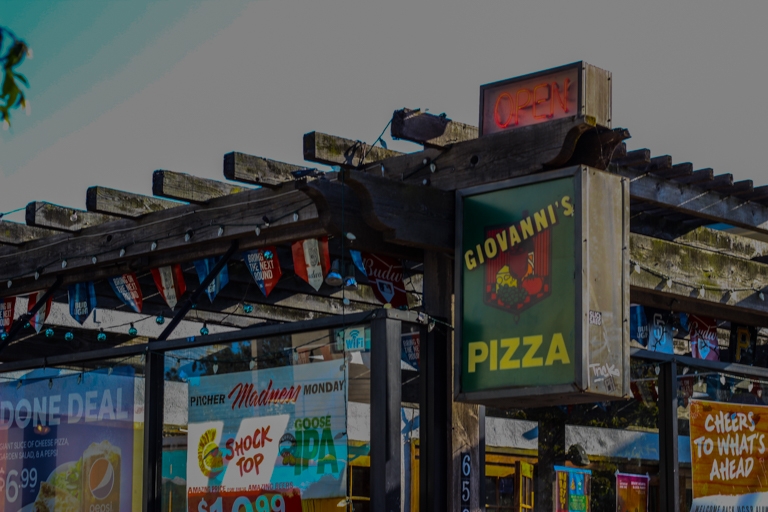 The boycott proposal is in response to a recent incident at Giovanni’s, where two UC Santa Barbara students, Oscar and Stephanie, allege they experienced discriminatory treatment. The two claim they were denied alcoholic drinks after showing their Mexican government-issued identification and federal employment authorization document, respectively.

The resolution states that Giovanni’s “committed discriminatory practices against UCSB students based on their identities and backgrounds” and that it practices “unjust identification policies.”

The A.S. Constitution states that no university entities and its affiliates shall discriminate against students based on race, ethnicity or national origin, and it also reads that students are to be “free from violence” on campus and in Isla Vista.

Ho believes these two parts of A.S. code work together to justify passing the boycott resolution, which he said will show that the 68th Senate “[does] not stand for racism in Isla Vista and on this campus.”

If passed by the Senate, A.S. will boycott Giovanni’s until the restaurant owner issues a formal apology to the students affected and changes their “arbitrary and prejudiced identification policies.”

Upon passing, A.S. will officially condemn the restaurant’s actions, boycott them from all their events and advise Boards, Commissions and Units to refrain from purchasing from Giovanni’s. The Finance and Business Committee will also recommend organizations and groups to stop conducting business with the restaurant.

The proposed boycott comes as student organizations have joined in condemning the business. UCSB Campus Democrats and the Student Activist Network both issued statements last week.

Oscar said Giovanni’s management accepted a German-issued ID soon after refusing his own. After speaking to the UCSB Legal Resource Center, he said he now knows both IDs lacked the necessary information required by law to sell alcohol.

According to the California law, a document issued by a “federal, state, county, or municipal government” can be accepted as proof of identification but must also include a name, date of birth, photo and written description.

“At the end of the day she did give me a cup and a wristband … only after I showed her my California ID that was expired by two years,” Oscar said about the incident.

He said the manager told him she could not accept the Mexican ID on its own, “which is the key,” he said, because she took the German ID on its own “without further documentation.”

Oscar told the Nexus he recently met with attorney Robin Unander from the UCSB Legal Resource Center and the Office of Student Life to facilitate a conversation with Giovanni’s management and owner.

The Nexus reached out to Giovanni’s management but has not yet received comment.

After speaking to Giovanni’s management, Oscar said he was informed of alleged chalkings outside of the restaurant that read “racist” and said he condemns those actions.

“I’m very gracious for the support I’ve gotten … It’s not just me; there were two other people that night that faced a disparity of treatment, but I do want to tell people not to arrive to conclusions easily,” Oscar said.

Oscar said incidents like his may not be racially motivated individually but can have “racial” implications in a larger sense.

“Even though the Giovanni’s issue may not be racial, the actions, I think , are indicative of a greater narrative of disparity of treatment that we’ve had, and that’s what’s really hard for people to understand,” Oscar said.

Correction: The name of a person in this article has been modified to protect their identity.

Literally no evidence anything happened.

Gio’s is affliated to the university? I thought it was just where campus orgs hold fundraisers. Anyone else feel like this seems a bit out of left field?

This is nothing more than a shakedown. I am tired of bullies using “social justice” as a stick to beat small businesses and helpless individuals. Geo’s should neither apologize nor give one cent to these racketeering goons.

The evidence has been presented in the form of testimonies. That’s the evidence. If you don’t like it, that’s your opinion. But to slander social justice is a disgrace, but not surprising coming from an ultra nationalist neocon. Furthermore, it’s not racketeering. That’s another slanderous accusation. It’s a boycott in response to the way they behave. Being the proud Americans I’m sure you all are down below, I would think you would support such a basic liberty. No one wakes out of bed and asks themselves how they can ruin a small business owners life. I know many right wing… Read more »

1. Racketeering involves fixing a problem that does not exist or would not exist without the racketeer. The use of the word racketeering was clearly symbolic (much like your use of the phrase “slanderous” and “ultra nationalist neocon”). It describes how the plaintiffs portrayed a harmless and insignificant action as a severe injustice (creating a problem) and then threatened Gio’s with sanctions (forcing someone else fix it). ‘Shakedown’ is a more accurate description of what happened. 2. Supporting the RIGHT to freely spend one’s money does not mean that I have to support every individual boycott. Calling someone a moron… Read more »

“No one wakes out of bed and asks themselves how they can ruin a small business owners life”
That is exactly what these sjw do.

If I gave you a Chuck-e-Cheeses ID that said I was over 21, would you sell me alcohol?

When a individuals or entity, makes public statements, about another individual or entity, regarding unsubstantiated claims of racism and discrimination, It’s called “Slander”. When they attach their name and write it down, explicitly for posting or publication, it’s called “libel”. Both are subject to civil litigation
When they do it within a decree, with specific intent, of monetary retribution, or coercion, it’s called “Extortion”. And subject to criminal prosecution.

The racism well must be pretty dry for such a subjective and minor incident to spark such outrage.

Restaurants deny my real out of state ID randomly all the time, and I’m a white male. Some IDs just look fake and they have a right to refuse service. Maybe they’ve been burned in the past with Mexican IDs and almost got their license taken away.

One time a bouncer didn’t let me in the Study Hall in IV just because I had a driver’s license that was only a month expired. You could say that he was just being careful and didn’t want to lose his liquor license, but I think he hated Jews! Boycott the Study Hall!

What a rediculous, devious, exaggerations of a snow flake, millennial. Maybe the tab needs to get the facts straight. For starters, Geo’s was hosting a gathering of a group of people advocating anti-defamation, civil tolerance and acceptance of differences in others. This was a unique form of out reach in the Isla Vista community, encouraged and fostered by the newest franchise owners. The new owner was a long time resident and graduate of UCSB, and was operating the restaurant in partnership with his parents. Three of the most respectful people I’ve ever met, gracious hosts and accommodating to a fault.… Read more »

Please let me elaborate on the politically correct injustice of a witch hunt mounted against the geovannis pizza in isla vista. Accusations made against a business establishment in operation longer than any of the members of the AS board have been alive. Accused, judged and sentenced by ignorants, demanding an apology, requiring to disprove negative allegations, after the fact, then attempting slander, libel, and character assisination on the statements of an overly sensitive, eroniously validated primidona. This student organization has crossed the line, invented a social injustice, then declared a devistating penalty, in an effort to insite an aggressive response,… Read more »