The Daily Nexus
Sports
UCSB Secures Victory in Opening Game of Hawaii Series
May 25, 2017 at 10:03 pm by Kayla Talley 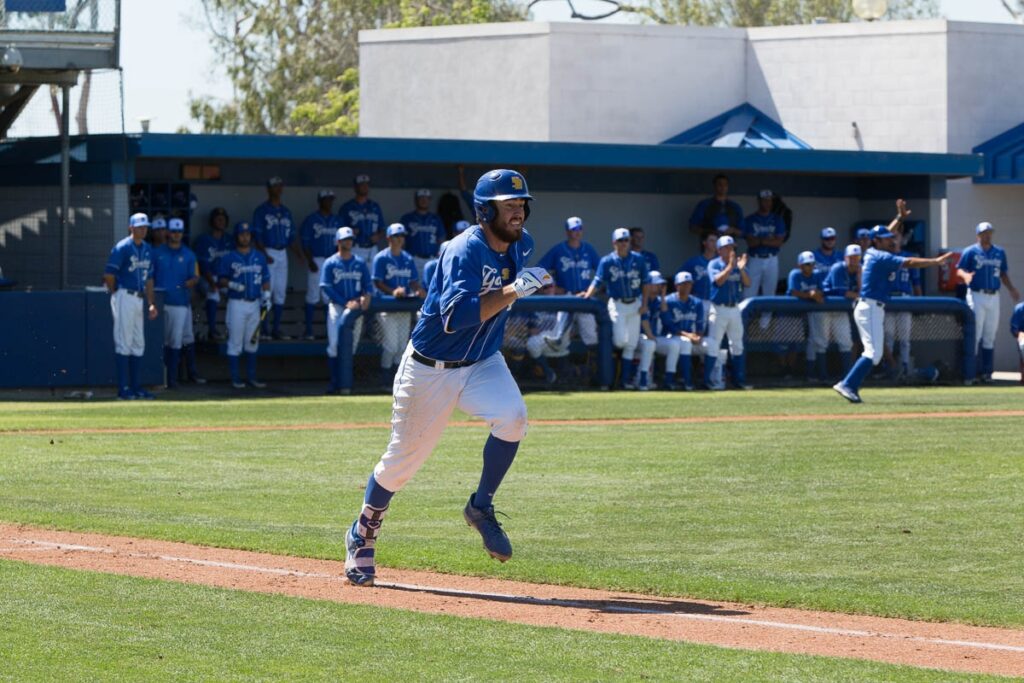 Led by junior first baseman Austin Bush’s pair of UCSB record-breaking home runs, the Gauchos (24-30) reveled in their 7-2 victory over Hawaii late Thursday night in Honolulu, promoting themselves to a conference record of 8-14.

Sophomore ace Noah Davis (7-4, 4.63 ERA) took the mound for his first start on the island and was spectacular through six frames, giving up just three hits and two runs to the Rainbow Warriors. Freshman right-handed pitcher Liam Steigerwald (1-1, 2.40 ERA), who earned his first win at USC just over a week ago, relieved Davis in the bottom of the seventh to seal the win and grab his first save after holding Hawaii’s run count at two through the final three innings.

In the top of the second, the Gauchos left two on base, and Davis again silenced Hawaii’s offense in the bottom by forcing all three hitters to ground out for another totally scoreless inning.

The top of the third was highlighted by Bush’s history-making moment in which UCSB knocked in five runs to take an early 5-0 lead.

Freshman right fielder Armani Smith nudged a single to left to junior catcher Dempsey Grover and sent junior utility Colton Burns to third. Smith then advanced to second on a wild pitch, Hornung’s second wild pitch of the inning, giving the Gauchos an extra base. With Smith on second and Burns on third, the all-mighty and powerful Austin Bush, who struck out swinging in his first at-bat, crushed a three-run jack for No. 19 of the year to surpass Tyler Von Schell (18 HRs, 2001).

After Bush cleared them, senior outfielder Billy Fredrick got on with a walk, and junior utility Kenny Corey drilled an RBI triple to left field to add one more run before the end of the first half of the third and make it 5-0.

Hawaii had an opportunity to retaliate and score in the bottom of the third with two outs when junior second baseman Johnny Weeks singled to right and Davis loaded the bases after handing over two consecutive walks, but Davis then got himself out of the inning by striking out final batter sophomore Kekai Rios to leave all three Rainbow Warriors stranded.

Both sides left one guy on base through a scoreless fourth, and if Hornung thought Bush might have had enough for the day after achieving his record, he was sorely mistaken. One homer was certainly not enough for Bush, as he opened the top of the fifth with a solo shot to right center for home run No. 20 of the season before Hornung sent the following three Gauchos back to the dugout.

The bottom of the fifth started with Rainbow Warriors redshirt junior Chayce Kaaua both reaching first and advancing to second on back-to-back throwing errors from UCSB junior shortstop JJ Muno. Kaaua then went to third on a single to right center from junior center fielder Dylan Vchulek, who rounded and made it to second on the throw, and RBI team leader freshman Dustin Demeter finally drove in some runs for Hawaii with a single to left, increasing his running RBI count from 27 to 29 and changing the score board from a 6-0 shutout to a 6-2 four-run deficit.

However, this four-run deficit would increase to a five-run deficit with a score of 7-2 by the top of the eighth when the Gauchos added one final run on an RBI sac-bunt from Grover, while Hawaii’s bats were only able to produce those two runs for the entirety of the game.

Games two and three of this weekend’s series at Les Murakami Stadium will prove to be just as important as this one, with the 2017 season coming to a close and Santa Barbara and Hawaii now tied in BWC standings. Both squads will be looking to knock each other down while chasing UC Davis (9-13 BWC), who is just one game ahead in conference.