Although there was hope for a deeper postseason run, there is no doubt that the UCSB softball team should be very proud of the effort it put forth this season. There are usually two major goals coming into a season for any sports program — the greater one is to improve as a team and find ways to foster the growth of individual talent, while the other goal is to win games. 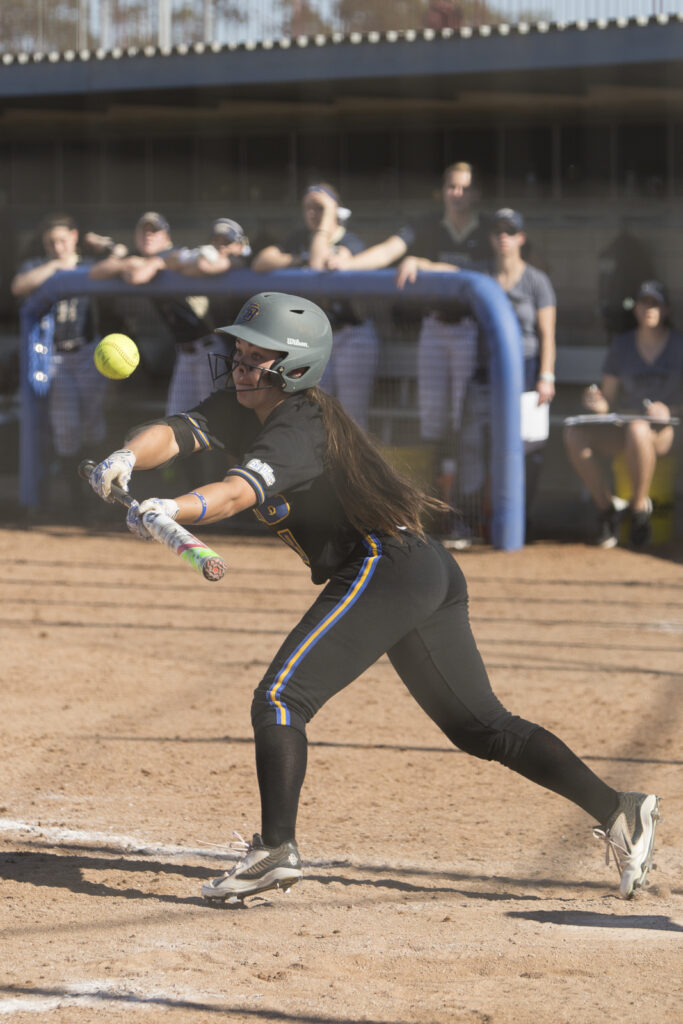 UCSB did a great job with the first one, culminating in five players getting named to the All-Big West squads, and a good job with the second goal earning a 31-28, 11-10 Big West conference record to end the year. From the dominant performances of sophomore Sierra Altmeyer and junior Jessica Johnston to the team’s overall designation as one of the Big West’s deadliest offenses (finishing as the conference leader in hits at 448), to the solid pitching of sophomore Veronika Gulvin, the storylines surrounding the team this year were all intriguing.

There were some shortcomings as well. The Gauchos’ inability to beat the lowest ranked teams in the conference cost them in their pursuit of the top seed, and they weren’t able to make a large enough impact in the NISC tournament, but looking deeper into the positives shows just how special this year was.

The one-two punch offered by Johnston and Altmeyer was as good or better as any in the conference. Johnston finished the season second on the team in hits (63), runs (34), homeruns (5) and doubles (13). The junior also received the Big West Player of the Week award in April and finished the year with a .339/.376/.511 clip while also serving as a great outfielder.

Altmeyer capitalized her breakout sophomore season by leading the squad in home-runs (10), batting avg. (.354), OBP (.457) and SLG percentage (.634). She also played stellar defense in the infield and only seems to be improving as she advances into the final half of her playing career here at UCSB.

Whether it was Johnston’s late-game heroics propelling the Gauchos over a top pitcher in the conference or Altmeyer putting a game out of reach with an early home run, these two learned to complement each other and make their teammates better around them, and their continued growth is something to look forward to for next season.

On the other side it was Gulvin (17-14) who held the UCSB pitching staff steady the whole year, while junior Lena Mayer (5-2) became lights-out as the Gauchos moved toward the end of the season. Gulvin had such a special year, not only because she was able to improve on her numbers from her freshman year by a big amount, but also because became the team’s leader in almost all counting stats which is a big feat considering she shouldered a huge amount of the innings.

That load was lightened at the end by Mayer, who won five of her last six outings, turning in some clutch performances against some of the top teams in the conference. Overall, the whole pitching staff had a solid year, and if Gulvin and Mayer keep on improving then next year they will be in contention as top pitchers in the conference.

As a whole, this team had many accomplishments worthy of praise. They finished third in the Big West, made it into the postseason and put any team, whether nationally ranked San Diego State or first place CSU Fullerton, on notice. While UCSB’s all-time hits leader senior Kristen Clark will be ending a decorated career which includes three All-Big West selections as she prepares to graduate, most of the key pieces will be back for next year.

If Coach Brie Galicinao can make the necessary adjustments, this team will again be in contention for the Big West title next year and can certainly make a deep run into the NCAA tournament.