Congressman Salud Carbajal of Santa Barbara introduced a bill in the U.S. House of Representatives on Tuesday that would encourage states to develop more comprehensive gun control laws. 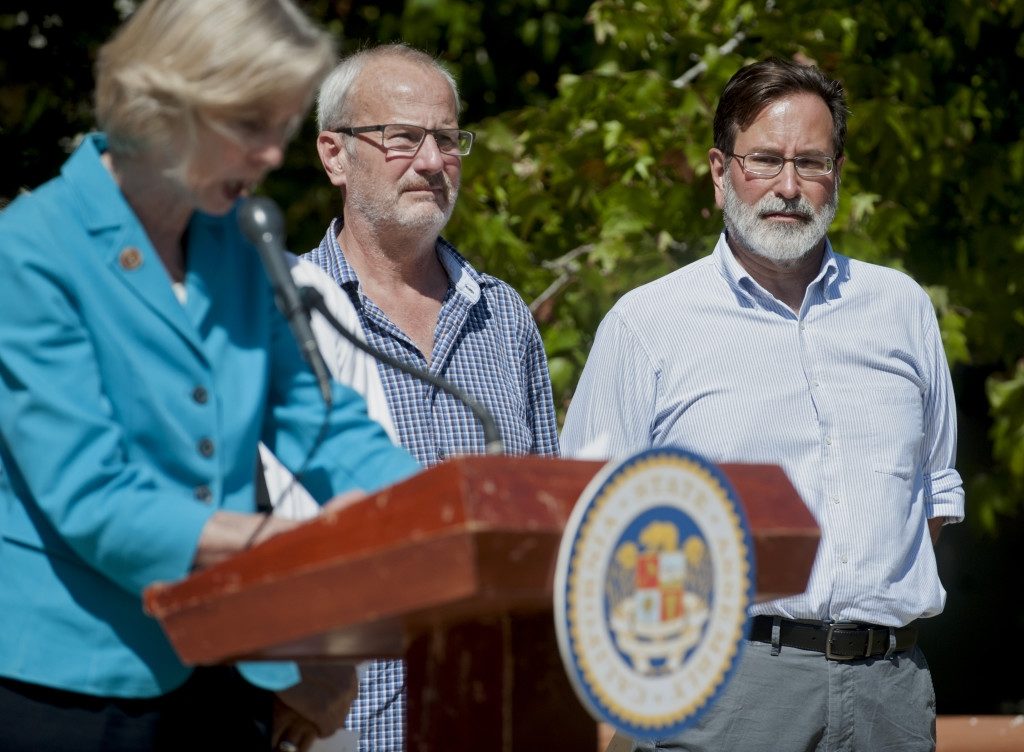 Introduced on the anniversary of the tragedy of May 23, 2014, The Gun Violence Restraining Order Act would incentivize states to allow courts to issue temporary firearm restraining orders against those the court determines to be a threat to themselves and others.

The bill calls for states to implement laws that allow law enforcement to use local gun databases, assessments from psychiatrists and psychologists and family recommendations to determine if a person poses a dangerous threat.

“There’s already data that demonstrates that these types of laws work,” Carbajal said in an interview with the Nexus. “Local law enforcement and family members have been able to go to the courts to effectuate frameworks and hopefully save lives.”

Carbajal introduced the bill along with Congresswoman Elizabeth Esty from Connecticut and Congressman Don Beyer from Virginia. Senator Dianne Feinstein of California will introduce the bill to the Senate.

Carbajal said the shooter’s family contacted the authorities about his threatening behavior, but the state did not have the framework in 2014 to prevent the shooter from obtaining a firearm.

“Certainly the Isla Vista tragedy is what motivated me to move forward with this legislation,” Carbajal said.

The bill would establish a federal grant program that would help fund the implementation of new state laws. Carbajal said the U.S. Congressional Budget Office has not yet confirmed how much money it would allocate to the states.

Carbajal described the bill as “sensible” and “common sense,” but he expressed uncertainty about its future in Congress.

“I’m hopeful that there is a renewed interest in considering this type of legislation,” Carbajal said. “Regrettably, we do have a majority and a White House who has not demonstrated an interest or an appetite to consider these types of laws.”

“All they do is a moment of silence, and that gives them enough satisfaction,” he said. “A minute to think of the tragedy and the lives that have been lost is not acceptable or positive action to address this important issue.”

Carbajal hopes the bill will encourage other states to follow the gun reform legislation of California and Connecticut, which have taken large steps to combat gun violence.

California, with some of the strictest gun laws in the United States, requires background checks for ammunition sales and prohibits the sale of semi-automatic rifles with quickly detachable magazines as well as the ownership of magazines holding more than 10 rounds. The state also limits gun loans between family members.

Since the murder of his son, Christopher Michaels-Martinez, in the I.V. shooting, Richard Martinez has become a fervent advocate for gun control reform, traveling across the country and urging legislators to take action.

In a press release, Martinez said he hopes lawmakers pass reformative legislation so no other family suffers through the “nightmare” of losing a child to gun violence.

“With each new tragedy, it becomes increasingly hard for Congress to justify their inaction and complicity in our nation’s gun violence epidemic,” he said in a statement.

Using the killings to push your political agenda is wrong. We all know students were both hurt and killed by a knife, a car, and a firearm. Make sure to add knives and cars to your bill Salud. Or maybe uphold your sworn duty and don’t infringe on Americans second ammendment right. I promise the killings would have ended earlier if a responsible gun owner was able to conceal carry in SB County. A law abiding, licensed, and trained citizen could have stopped it sooner. Ventura County has concealed carry, why can’t we?

Where’s the Due Process?

5th Amendment excerpt – “No person shall be…be deprived of life, liberty, or property, without due process of law; nor shall private property be taken for public use, without just compensation.”

14th Amendment (Section 1) excerpt – “…No state shall make or enforce any law which shall abridge the privileges or immunities of citizens of the United States; nor shall any state deprive any person of life, liberty, or property, without due process of law; nor deny to any person within its jurisdiction the equal protection of the laws.”

Utter nonsense, yet another group of communist monster pushing their anti-American agenda.

“Certainly the Isla Vista tragedy is what motivated me to move forward with this legislation,” Carbajal said.
Incredible basically admitting they’re using the death of a child and teacher to push a political agenda. Wow how do you people sleep at night?
Is this Minority Report?
“You haven’t committed a crime but we believe you’ll do something so give us your guns.”
This is thought crime level stuff.

Carbajal is a disgrace to Americans, you do not deserve to be in this country. Fareed wouldnt use death to push his agenda you vile politician scum.