Student a capella groups opened Tuesday’s memorial of the tragic events of May 23, 2014, with a performance of “Amazing Grace,” as the victims’ families, students, faculty and staff gathered on the lawn of Anisq’Oyo’ Park to remember the six students lost. 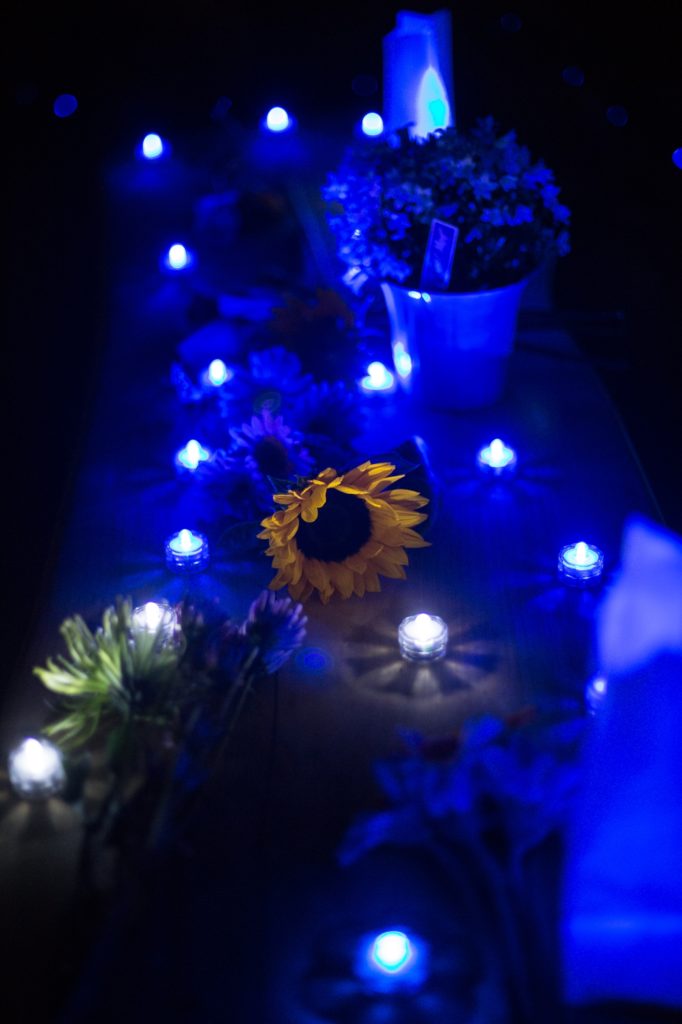 Over 200 people came together to reflect on memories of George Chen, Katherine Cooper, James Hong, Christopher Michaels-Martinez, David Wang and Veronika Weiss, who lost their lives three years ago in the mass murder that left another 14 injured and countless Isla Vista residents impacted. This year’s graduating seniors will be the last class that attended UC Santa Barbara at the time of the tragedy.

Many of the victims’ parents were present at the memorial vigil, including the mother of George Chen, Kelly Wang. She said the memory of her son continues to be a “heart-wrenching pain,” but despite the overwhelming sadness, the thought of his kindness has inspired her to “follow the call to serve others” and “discover new meanings” in her own life.

“In many sleepless nights, I looked at George’s photo, touched his beautiful face with my fingers and I asked myself, ‘What can I do for you George? Is there anything in the world that I can ever do for you?’” Wang said. 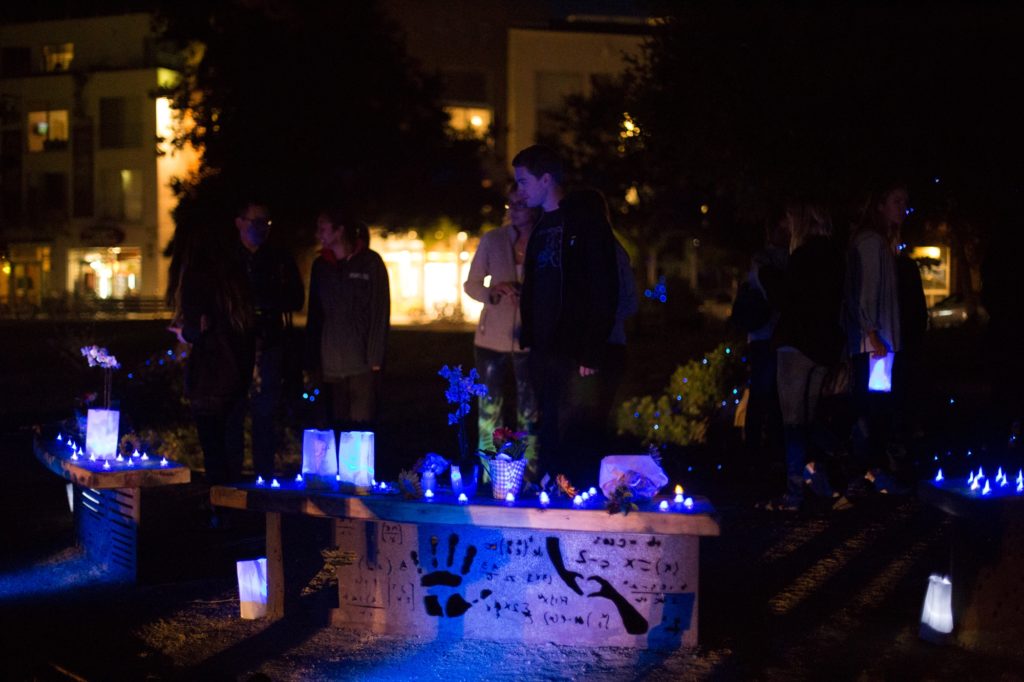 “In the silence, I heard a soft little voice came from my own heart. The little voice spoke to me: ‘Go out, take care of others. Spread kindness,’ just as my son has done in his short life,” she said.

Chancellor Henry T. Yang said that in the years that followed the tragedy, the administration, “who care deeply,” has met weekly in two-hour meetings to improve safety in I.V.

“Although gone in the flesh, they live on in spirit, in memory, in the moments such as this and through our individual memories. We will never forget the loss,” Yang said.

First District County Supervisor Das Williams reminded the crowd of the statewide legislation enacted since 2014, including Assembly Bill 1014, which allows for the temporary removal of firearms from individuals considered at risk of committing violent acts, and Assembly Bill 510, which reroutes mobile 911 phone calls for quicker responses to emergencies. 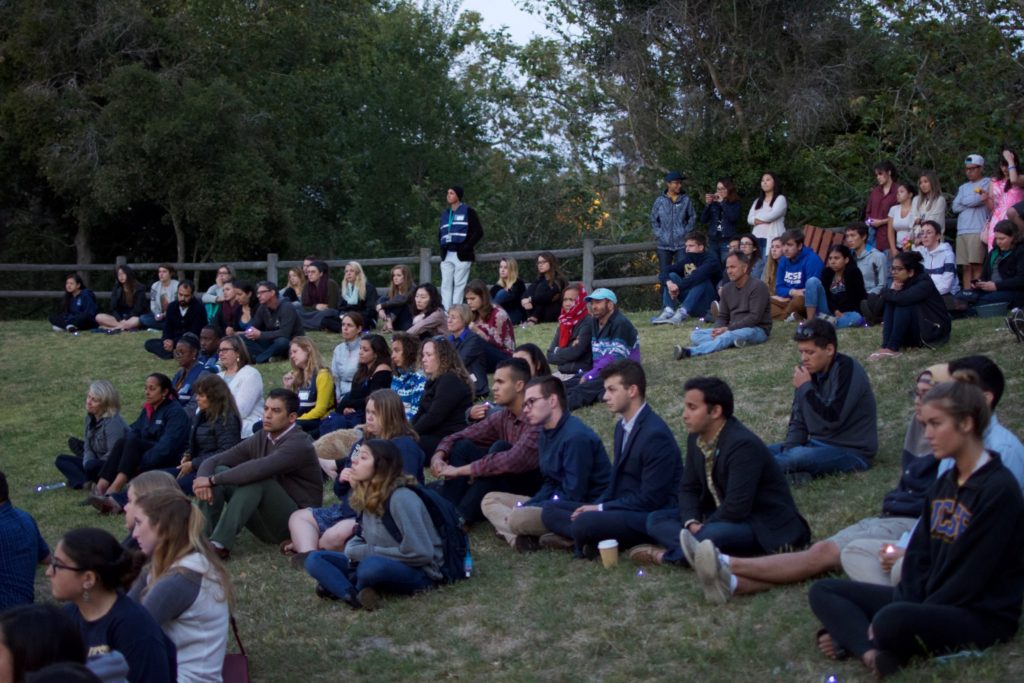 Williams also said the formation of the I.V. Community Services District (CSD) is in part due to the events of 2014.

But Williams also warned the crowd that the consequences of forgetting the tragedy are “too great to contemplate.”

“I can tell you, because I have lived in this community, that I know the consequences if we fail. If we fail, we will be here 10 years from now talking about someone else’s slain children. We must remember,” he said.

I.V. CSD board chair Ethan Bertrand said he was driven by the events of May 23 to get involved in the I.V. community despite not having lived in I.V. in May 2014. 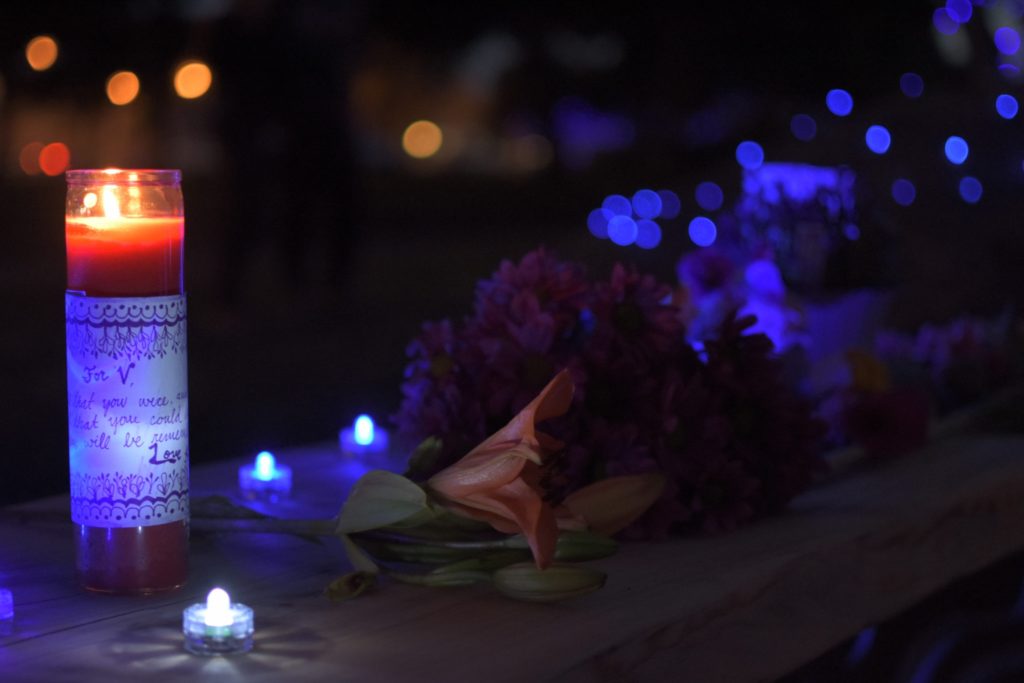 “I remember sitting in my bedroom the day it happened with my twin brother and then turning on CNN that morning,” Bertrand said. “Seeing the tragedy that had occurred … in this community that we knew we loved and that we were moving across the country to go to, it really scared us. But we felt still drawn to come to the community.”

Sue Abdurahman, a friend of Michaels-Martinez who first met him at Santa Cruz Residence Hall, made a point to thank those in attendance who may not have been immediately affected by the loss of the six victims.

“I appreciate everyone who came out since a lot of people who are more directly impacted have left UCSB, but thank you all for being here,” she said.

I wish you politicians would stop stepping over dead kids to promote your little CSD plan. That’s so disrespectful. If I had died, would you be using my corpse as a podium too?