The Daily Nexus
Science & Tech
Conservation Efforts To Improve Public Health
May 18, 2017 at 6:01 am by Aimee Miller

One fresh and inclusive way of examining human infectious diseases is through the lens of the wildlife and biodiversity they interface with. A group of scientists from UC Santa Barbara, Duke University and the University of Washington recently collaborated on assembling and editing various research articles into a volume that considers the interactions between conservation, economics, biodiversity and infectious disease.

Their goal for the project was to consolidate diverse ideas about the topic into one comprehensive research volume. The included articles range from modeling papers that utilize mathematics and theory to generate predictions to empirical studies that involve going out in the field and collecting data. The scientists are hopeful that together, these approaches can inform conservation actions that create a win-win situation for both biodiversity and human infectious diseases.

Co-editor Kevin Lafferty, a marine ecologist at UCSB, highlights the fact that this approach is not the standard way that people address public health issues.

“The main approach that we use now in the modern era is if someone is sick, we give them a drug. Many of these parasitic diseases can be treated with drugs, but you don’t necessarily get immunity to them so you can become infected again,” Lafferty said.

In fact, their research shows that drug administration can have a lot of immediate health benefits, but it often does not provide a long-term solution.

“Alternatively, ecological solutions to the problem can oftentimes be long-term. Thinking about the complex interactions between the species that transmit disease is an alternative approach to human health that requires thinking beyond the patient and thinking more about the environment,” Lafferty said.

It is known that many of the infectious diseases we deal with around the world are ones we share with wildlife. A couple of examples are the West Nile virus, which can circulate through birds and be transmitted through mosquitoes, and Lyme disease, which can be passed to humans through tick bites. These diseases have obvious relationships to the landscape and to biodiversity. 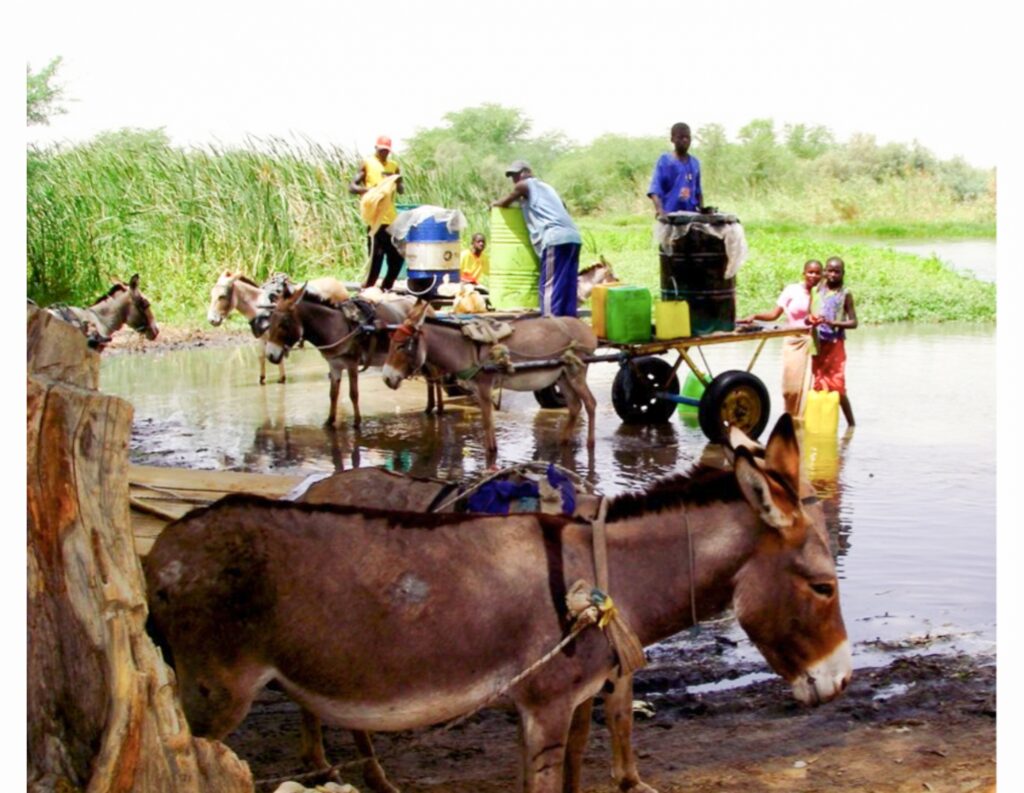 One of the diseases that affects people and comes from freshwater snails, is schistosomiasis, a parasitic disease. It affects about 240 million people in 78 countries. Susanne Sokolow, a researcher, found that when dams block the migration of snail eating river prawns, schistosomiasis in communities increases. / Courtesy of Hillary Young

In addition to the diseases we directly share with wildlife, there are many others that are exclusively human diseases that still interact with nature and biodiversity. Some examples include malaria, which is transmitted to humans through mosquitoes that live in aquatic habitats, and schistosomiasis, which is a human disease that involves snails as the first intermediate host.

One of the most promising examples of a targeted ecological intervention that stems from understanding ecological systems is a case study included in the research volume that involves snails and schistosomiasis.

The study, led by scientist Susanne Sokolow from UCSB and Stanford University, was conducted in Senegal, where the world’s most massive epidemic of schistosomiasis is occurring.

By analyzing the ecology of the river, the researchers discovered that a feasible way to control schistosomiasis is by reintroducing giant river prawns, which normally feed on the snail that transmits the disease but have become extinct due to a constructed river dam that prevents the prawns’ migration.

In addition to biodiversity, the researchers discovered that the social sciences, particularly economics, are a critical component in understanding the complexity of infectious diseases in human health.

For example, many of the diseases included in the case studies in the volume are diseases present in underdeveloped nations where people are in poverty. When examining the different drivers of the major human diseases around the world, scientists identified wealth and urbanization as key features that lead to a decline in disease.

The underlying message from the research volume can be interpreted as two-fold. First, there is no simple answer: ecological systems are complex and conservation does not always generate better human health outcomes. Second, even though there is no simple answer, ecological insight can still help us find a feasible solution. By using an ecological approach, weak links in disease transmission can be identified and methods of interfering with that transmission while also improving biodiversity can be determined.

Although there is no one-size-fits-all solution, there are actions public health individuals can take that will improve both human health and biodiversity, generating a win-win outcome. The editors are hopeful that their work will help tie ecological systems to concrete actions that generate positive health outcomes for people who live in affected areas.

“We hope that people involved in public health will look at the volume and see that it’s time to start thinking about ecology, the environment and biodiversity when trying to solve public health problems,” Lafferty said.