The Daily Nexus
Opinion
Bike Accidents on Campus: The Unaddressed Epidemic
May 18, 2017 at 5:00 am by Sebastianne Kent 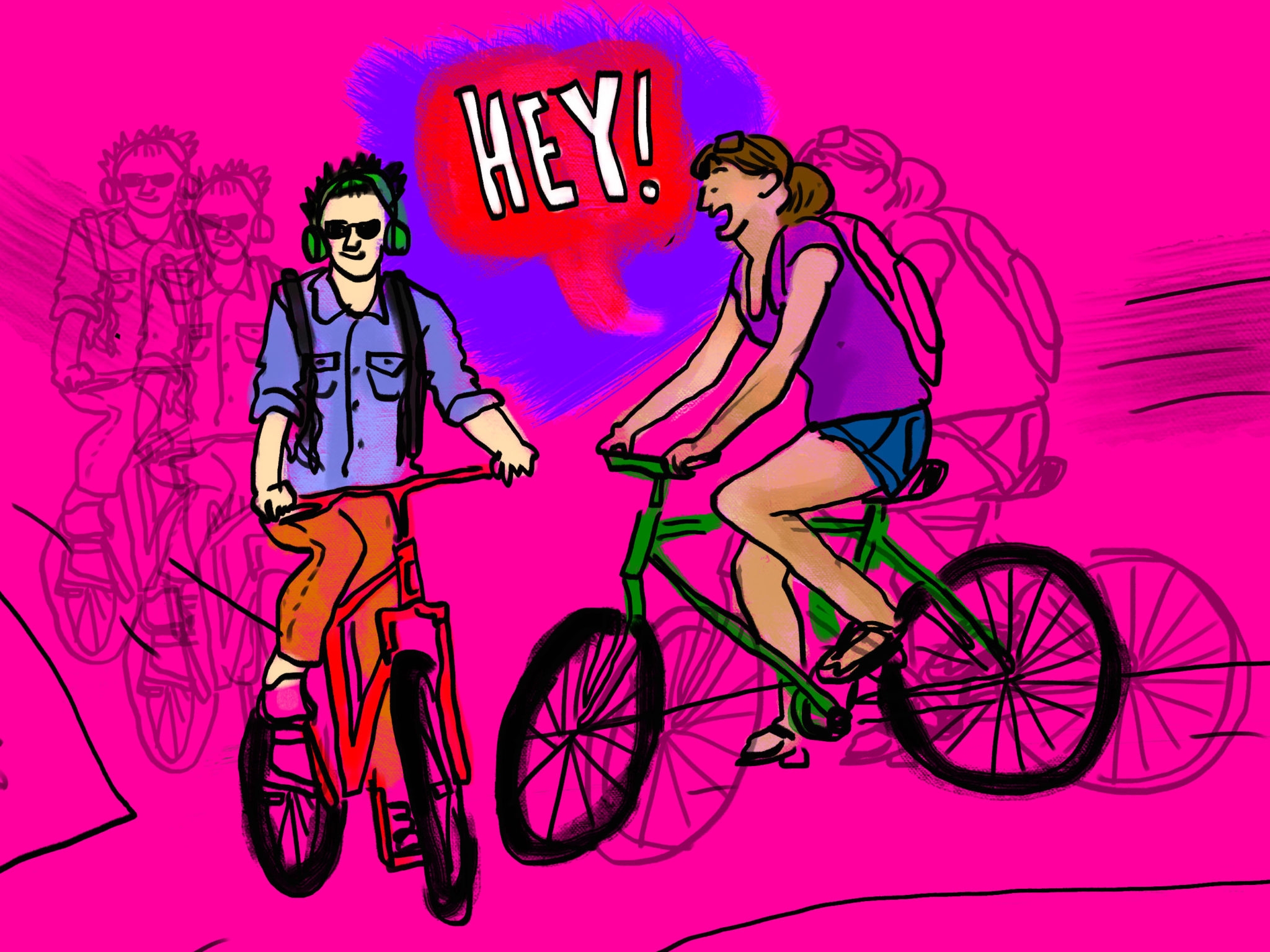 There are many things that are synonymous with UCSB. Parties, excellent research and an idyllic college lifestyle, for example. A synonymity one would think the university administration would actively try to avoid is that of UCSB and bike accidents. I was never able to make it to orientation because until coming to UCSB I lived in New York, where bike accidents are dangerous but where I managed to go my whole life without being in one. I’ve heard that they educate incoming freshman about protocol and rules on the bike paths. This education is clearly not working.

The bike accident horror stories abound, and while I’d gone my whole life unscathed, at UCSB I was in three accidents within the space of a few months, the last necessitating physical therapy that I still had to pay for although I was going straight and was hit by someone making a left turn at the intersection by Pardall Tunnel.

I saw a bike accident today in which an eager high schooler who was part of a tour ran across the bike path to join her tour group and collided with an unsuspecting biker, causing them both great harm. A mother of a Gaucho went so far as to email the Daily Nexus to request coverage on an accident her daughter was involved in. In this case, Theresa was hit while biking on the bike path, and the person who hit her kept riding with only a glance backward at her as she was on the ground and bleeding. Theresa broke her arm, and while this story would be upsetting no matter what, Theresa is on the rowing team and was preparing to go to nationals. Her life has been effectively turned upside down and the university has taken no action.

There must be a more concerted effort to educate incoming students about signaling, the movement of slower traffic to the right and adherence to path indicators.

The bike paths provide an effective way to navigate campus, and students should most definitely be encouraged to take advantage of them. According to the “Bike Safety at UCSB” page on the UCPD’s website, there are an estimated 20,000 bikes on campus on an average day. The site also estimates around 14,000 people commute via bicycle to campus each day. Cutting your commute time from as much as half an hour to as little as 10 minutes is an invaluable possibility, and coming from someone who commutes to a job downtown, it creates the possibility of less volume-packed buses. As of now, when I take the 24x near my house on the edge of Isla Vista to get to work, the bus is so crowded I have to edge to the front before they close the doors on the throng of people they can’t possibly accommodate.
UCPD’s Bike Safety Page readily acknowledges accidents involving bikes and skateboards occur frequently, and offers tips on staying safe on the bike paths. The site lists the most common cause of accident as “inattention and distraction.”

The underlying issue with the bike paths and their overwhelming number of accidents and the congested buses that ferry students to and from campus can likely be traced to UCSB’s expansion of the student body. This expansion, however, is coupled with a lack of effort to integrate new students into what can only be an intimidating new landscape. If I wasn’t made to sign a waiver that relieved the school of responsibility for injuries incurred on the bike paths, I must assume none of my peers were, either.

In creating such an effective way to allow us to navigate our beautiful campus, it’s unfortunate they neglected to follow through and provide protocol or coverage in the case of accidents. In the case of my physical therapy, Theresa’s medical costs for her broken arm and the many ambulances I’ve seen called to campus because of bike accidents, who takes the responsibility?

There must be a more concerted effort to educate incoming students about signaling, the movement of slower traffic to the right and adherence to path indicators. I’d even advocate for a class in the vein of Gaucho FYI. It isn’t impossible to navigate the paths with an influx of students, and I credit the constant bike activity as one of the reasons our campus is filled with such fit, good-looking people. However, while the school provides so many services and is ever evolving along with the youth who inhabit it, it has neglected to provide the necessary policies that will ensure the safety and health of its student body. How many broken arms will it take?

Sebastianne Kent hopes we can start to remedy the problem of bike accidents before more people are injured.

If you believe that biking is not worth the risk, then don’t bike. Of course, the risk can be mitigated in a number of ways of your choosing… anticipating danger, always being ready to brake, wearing a helmet, and generally being ready to react to the poor choices of others.

I hate it when people stop in the middle of the bike path.