The Daily Nexus
Sports
Gauchos Begin Postseason Run in NISC Tournament Against Nevada
May 15, 2017 at 11:52 pm by Calvin Thrift 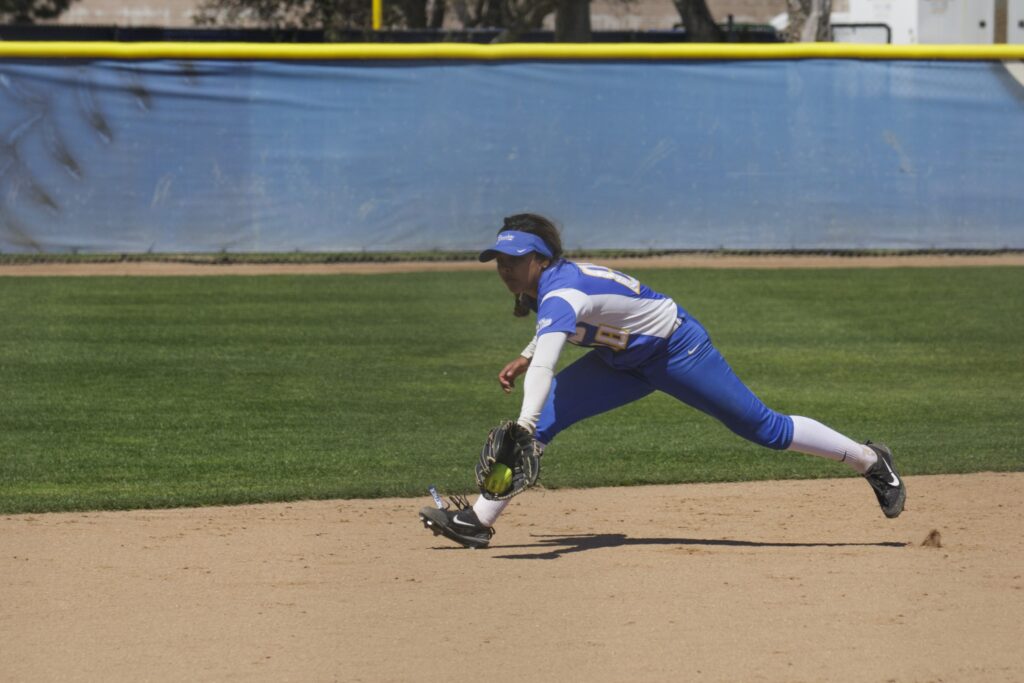 Following the conclusion of its regular season on Saturday, the UCSB softball team will now travel to Stockton, Calif. to compete in the National Invitational Softball Championships (NISC).

In the regular season, the Gauchos finished with an overall record of 31-26 while going just above .500 in Big West play with a conference record of 11-10. Coming off a series win against the Big West conference champion Cal State Fullerton team, Santa Barbara is looking to extend that momentum into the postseason.

The NISC is the coveted destination for Division I softball teams around the country that are not invited to the NCAA tournament. With a total of six regionals being hosted by programs across the nation, UCSB will only be one of the 26 teams participating.

Because the Gauchos hold the best regular-season record in their respective conference of teams not playing in the NCAA tournament, they were given automatic qualification for the NISC this year.

In Region 1, the Gauchos will compete against the Nevada Wolf Pack in their first game Tuesday. Santa Barbara rival Cal Poly will also be in Stockton for the NISC, along with Pacific, who is hosting the event.

At 28-23 on the year, Nevada holds a similar record to UCSB, with a 13-11 conference record. The Wolf Pack is coming off of a disappointing end to the regular season, as they lost their final home series after being taken down by San Diego State two games to one.

The Gauchos will be seeing the Nevada team for the second time this year, as the two teams played last on March 4 as part of the St. George Red Desert Classic. The matchup more than two months ago saw Santa Barbara win big 5-1 over the Wolf Pack.

If the regular season has been any sort of an indicator, Santa Barbara will be getting a majority of help on Tuesday from junior Jessica Johnston, freshman Alyssa Diaz, senior Kristen Clark and sophomore Sierra Altmeyer.

Altmeyer leads the Gauchos in runs, home runs, and batting percentage, hitting .357 on the year. At 33 RBIs each, Johnston and Diaz will certainly draw attention from Nevada’s staff while preparing for the game, and Altmeyer is only one RBI behind. Another worry for the Wolf Pack staff will be Kristen Clark’s quickness off the bag, as the former Big West Conference Freshman of the year has stolen a total of 13 bases this season, more than double anyone else on UCSB.

Although the combination of Santa Barbara’s best seems intimidating, Nevada is expected to utilize one of their main weapons, Erika Hansen. The junior outfielder recorded 13 home runs and a bewildering 60 RBIs in the regular season.

Depending on the outcome of Nevada’s game Tuesday and the Cal Poly-Pacific game later that day, Santa Barbara will face either Cal Poly or Pacific. Since the tournament is double elimination, teams can afford one loss and one win to still reach the regional final.

Cal Poly is a team the Gauchos are undoubtedly familiar with, as we last played the Mustangs on April 2 as part of a conference series. The Gauchos lost the series, but they shut out the Mustangs while winning by a score of 4-0 in the final game.

The Mustangs went 34-19 overall this season while going 10-11 in the Big West, earning them a spot right behind the Gauchos in the conference tied for third.

Cal Poly capped their regular season off with a win against UC Riverside, but they ultimately lost their last series against Riverside, only scoring one run in the first two games of the series.

The Mustangs must be looking to get back on track though, and they’ve proven they can perform for big games like the conference opener against the Gauchos back in April. Before dropping the Riverside series, Cal Poly had won its last two series against Davis and Hawaii, respectively.

As they look to regain focus heading into the postseason, the Mustangs will be relying on strong performances from the senior pitcher and infielder Sierra Hyland. Hyland is batting .337 on the year while also leading the team in RBIs with 35.

Santa Barbara already has a rough feel for every team, as they have also played the Pacific Tigers this year. Back in February, as part of the Stanford Nike Invitational, the Gauchos bested the Tigers 10-9 in eight innings.

Over the course of the regular season, Pacific is 27-24 overall and 10-5 in conference play. While their record may not raise many eyebrows, the Tigers are on an incredible hot streak as they’ve won their past nine games in a row and held opponents to a single run or under in seven of the nine games.

Any team scouting Pacific will notice junior Sydney Lahners, who is averaging an impressive .523 slugging percentage. Lahners also leads the team in hits with 48 as well as recording a team-best 37 RBIs.

In the first game of their well-deserved postseason run, the Gauchos will meet Nevada on Tuesday, May 16, with the first pitch being set for 4 p.m. Following the conclusion of that game, Cal Poly will take on their host, Pacific, at 7 p.m.

More information regarding the tournament game times and how to experience the Santa Barbara postseason in person can be found on the Pacific softball website.