The Daily Nexus
News
Unfazed by the Haze: Greek Life Confronts its Reputation
May 11, 2017 at 12:03 am by Jose Ochoa

UC Santa Barbara has seen three fraternities lose their charter or colony status since 2014 for hazing-related offenses. Phi Sigma Kappa, Beta Theta Pi and Nu Alpha Kappa all lost their colony or charter status beginning in 2014 because of alcohol-related hazing. 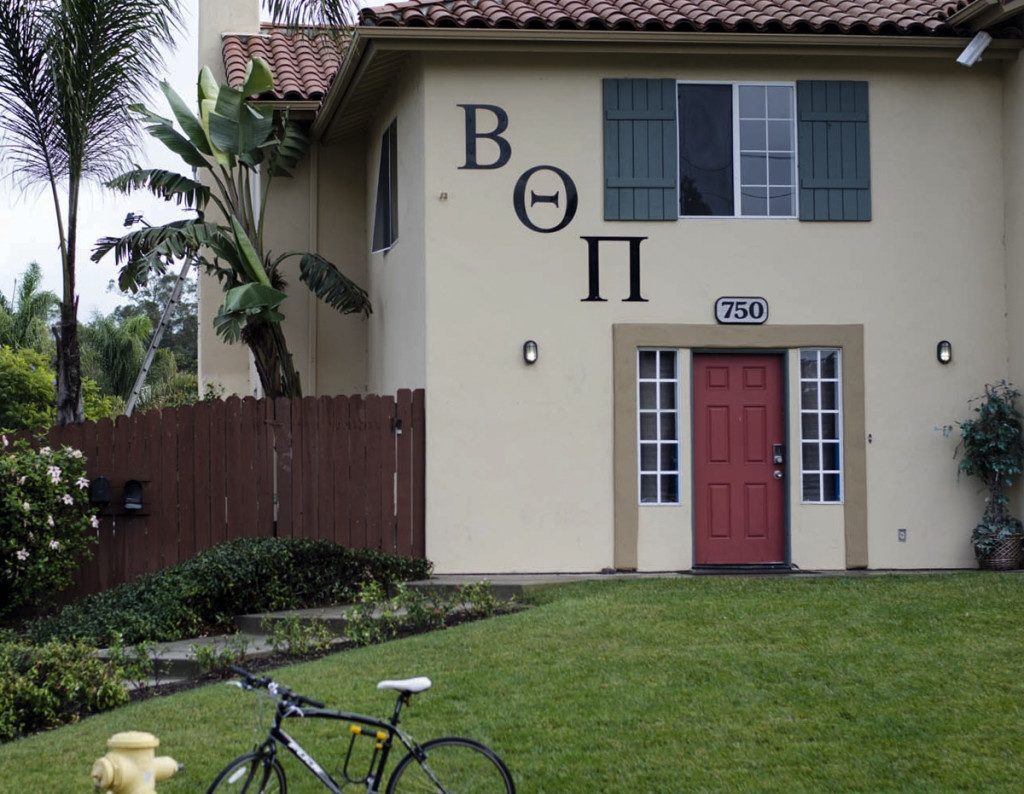 The last three closures paint an unfavorable portrait of Greek life at UCSB, but three new fraternities have sprouted up in Isla Vista with an emphasis on preventing sexual harassment, hazing and alcohol hospitalizations.

According to the three fraternities’ presidents, none have violated policies from the Inter-Fraternity Council (IFC), Office of Student Life (OSL) or their national headquarters.

“As sexual assault and stuff like that is very prominent today, you hear a lot about that, not only in general, but with Greek communities,” Kelly said. “So that’s something we definitely were aware of and wanted to change specifically at UCSB.”

Kelly said his organization will kick brothers out of parties if the women attending feel uncomfortable in any way.

“What it comes down to is how the girl sees it. If she feels uncomfortable; if she thinks something is happening … We really ultimately have to trust the girl’s word, because we don’t want that to be perceived as us making this acceptable,” Kelly said.

Kelly said there would be consequences for brothers if this occurred, beginning with being removed from a party. In extreme circumstances, the brother could be removed from the fraternity and sent to the university to face additional punishment.

Kappa Sigma president Adam Elomari and Phi Delta Theta president Christian Munson said their organizations have similar policies and do not tolerate sexual harassment or hazing in any way.

Though several fraternities have aimed to improve safety policies, the Office of Student Life has issued IFC three warnings, three probations, one suspension and one closure for violation of OSL policies since 2015, according to an email from Miles Ashlock, assistant dean and director of the OSL.

According to the associate dean, the university’s current policies on hazing have changed but their central meaning has not.

“Hazing simply should not be tolerated in any organization,” Ashlock said in an email.

Hazing is defined by OSL as any method of initiation likely to cause bodily danger, physical harm or “personal degradation or disgrace” that may lead to physical or mental harm.

Hazing is currently considered a policy violation even if it does not actually cause harm. Any behavior that is likely to cause harm can qualify as hazing.

Ashlock said his office is currently working with officers of several organizations to inform them of university policies.

Kelly said he has found these workshops useful, and his fraternity’s members gather to see how they can apply the workshops to their organization after they attend the meetings.

Munson said the workshops do a good job of discussing the subjects, but he would prefer if they wore more interactive.

“Maybe make it more interactive in a way so there’s not as many people who are not paying attention,” Munson said.

A version of this story appeared on p.3 of the Thursday, May 11, 2017, print edition of the Daily Nexus.

unable to verify until cultural/scholastic orgs subject themselves to the same review process as ifc’s do.

Review Process? The main and only way for an org to be admitted into IFC on campus is if that org has the number of chapters required to be in IFC. Maybe if the IFC council wasn’t worried so much on numbers to gain profits for their orgs, this culture would change

How do you write this article with this headline and not even mention ATO?

Literally every Greek organization does the same thing. Why focus on these three frats other than to stroke their budding egos? Having your own organization create rules against things that OSL forbids that are more strict than OSL is common to every fraternity, and if you didn’t know that, then you did some lazy research.