The Daily Nexus
Tennis
Rallying Gauchos Prepare for Bruins to Open Postseason
May 11, 2017 at 5:09 am by Andrew Hernandez

After winning the Big West Championship, the UCSB women’s tennis team will travel down south to Malibu to begin its first match of the NCAA tournament against No. 23 UCLA.

In the Gauchos’ match against UCLA earlier this season, the team was unable to pull off the victory, losing to the Bruins 4-0. 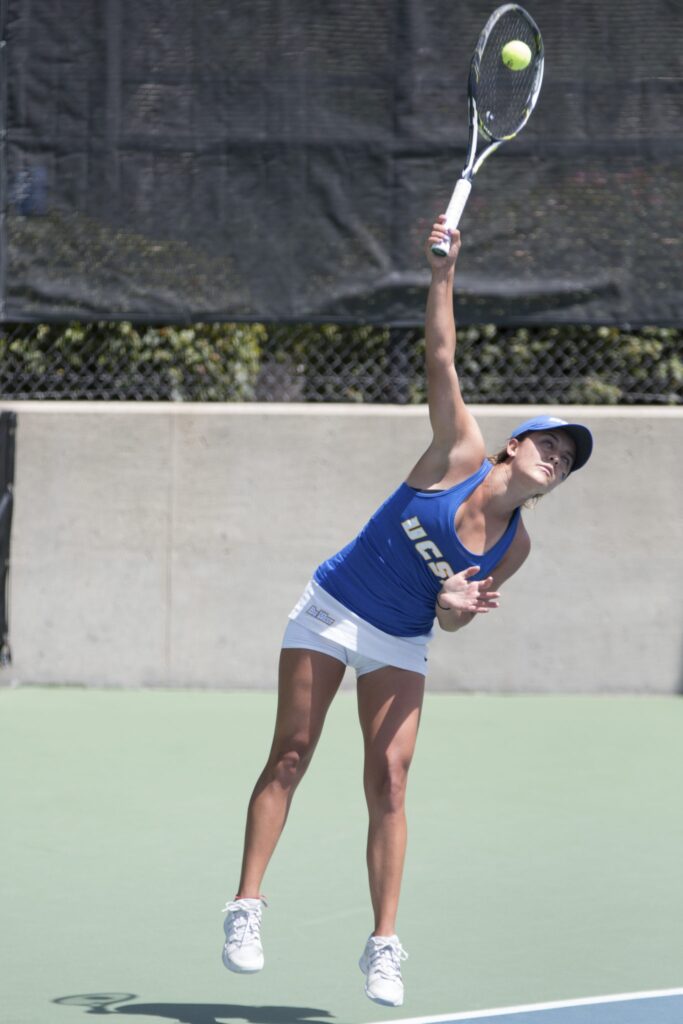 In doubles play, the UCLA tandem of freshmen Ena Shibahara and Jada Hart opened up with a win and fellow doubles team sophomore Gabby Andrews and junior Kristin Wiley were able to clinch the doubles point for the team.

In singles play, the Bruins ran away with it, winning all completed matches to finish off the Gauchos, who failed to earn a point.

“I felt that that they were really warmed up and ready when they played us, and they played well. I’ve felt that this is a match we would want to see again, so it’s exciting to get a replay with them at a neutral site,” Head Coach Simon Thibodeau said.

This second look for the Gauchos at the talented UCLA squad seems to be as challenging as the time before, as UCSB will have to deal with the overall talent of the Bruin roster, which is comprised of standouts like Shibahara and Hart.

The Bruins third and final ranked pair headed into the matchup this weekend is No. 58 sophomores Gabby Andrews and Alaina Miller. The three ranked doubles teams and talented singles players on the Bruins roster are all challenges looking to prevent the Gauchos from progressing onto the second round of the NCAA tournament.

If there was a time for Santa Barbara to come out with a hard-fought win against a tough team, it would be now.

The team has not lost a match since its regular-season battle with Hawaii on March 30 and is now carrying the momentum of a perfect month of April, which saw the team win 10 consecutive matches and earn a second consecutive Big West Championship.

The keys Gauchos behind this season’s impressive playoff push, such as juniors Palina Dubavets and Natalie Da Silveira and seniors Stefani Stojic, Melissa Baker and Jaimee Gilbertson, have all earned a variety of accolades for their efforts respectively.

The Big West named Dubavets to the singles first team, and she also earned a spot on both the doubles first and second team rosters.

Da Silveira and Gilbertson earned second team singles honors. Stojic was named to the doubles first team for her work as one half of the Dubavets/Stojic pair, and Baker was named to the doubles second team for her partnership with Dubavets as well. It is these players who the Gauchos are hoping will push the team to new heights in the NCAA tournament.

“We have seven of the eight players returning from last year’s team, and everyone has seemed to gain experience and play better,” Thibodeau said. “We have a similar team, but with more experience, and now we’re playing a team that we know at a site closer to home, which has us feeling good about the match.”

The UCSB women’s tennis team will play the No. 23 UCLA Bruins on Friday, May 12, at 10 a.m. If UCSB advances, it will face either Pepperdine or LIU Brooklyn on Saturday, May 13 at 1 p.m.