According to recent studies, 70 percent of Americans believe that global warming is happening.

While this statistic provides a national average figure, it doesn’t account for the large diversity in opinion Americans have based on their geography.

So to get a more specific and detailed view of public beliefs about climate change across the United States, the Yale Program on Climate Change Communication developed several interactive maps projecting climate beliefs at the national, state, congressional district, metro area and county scales. 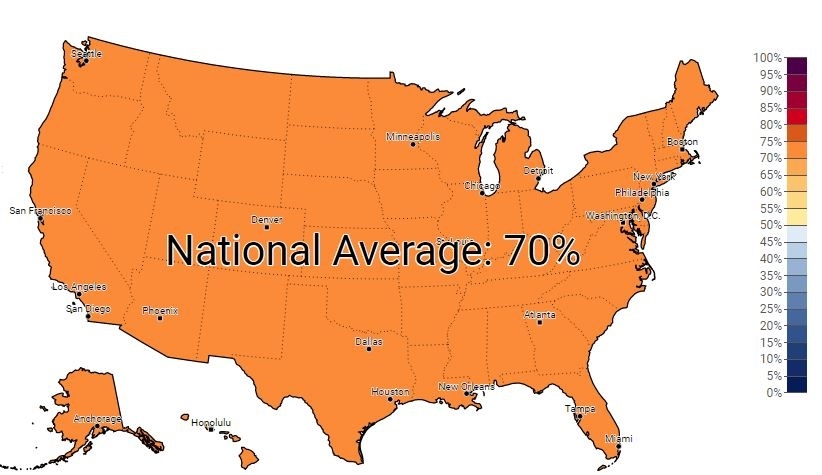 The above photo shows an opinion map that shows the estimated percent of adults who think global warming is happening. Further breakdowns show that only 53 percent believe that global warming is caused by human activities. / Courtesy of climatecommunication.yale.edu

Each level is featured as a different tab on the publically released web tool to enable the public and policy-makers to explore the average global warming beliefs in any given U.S. county or congressional district and see the variation regarding climate beliefs and preferences between places.

In trying to map out public beliefs about climate change and understand the political dimension of climate politics, the efforts involved a network of scholars, including those at UC Santa Barbara and Utah State.

“This project [was about] trying to develop a new tool, a new type of data … to fill a need that we saw existing in U.S. policy-making [and that] came from a real need to have good social science data that would complement science and economic data,” Matto Mildenberger, a member of the Yale Program on Climate Change Communication and assistant professor of political science at UCSB, said.

Climate scientists have spent decades developing highly local maps of climate impact associated with extreme weather or sea-level rise. Economists have studied how climate-change policies impact local communities. But the political dynamics associated with climate reforms at the same level had yet to be understood, Mildenberger noted. With the majority of data about public climate change opinion being at the national level, the known distribution of public opinion at sub-national levels was trailing behind.

“When we look at opinion polls that are in the news, we often have data on what Americans believe or maybe what Californians believe,” Mildenberger said. “But it doesn’t really tell us a lot about what individuals in a particular congressional district or city or county think about some of these policies, even though a lot of the policy responses to the climate crisis need to happen at the local scale.” 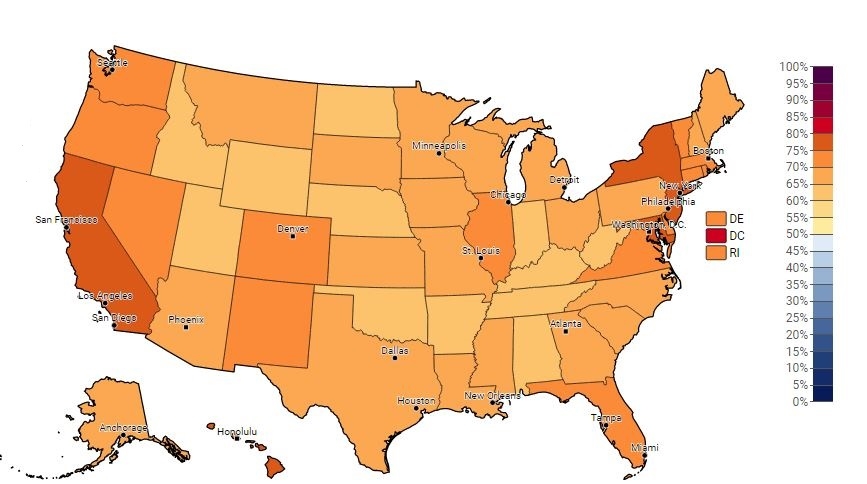 The above photo is another opinion map that shows the estimated percent of adults who believe global warming is happening in each state. DC has the highest percerntage with 84 percent of adults believing it. / Courtesy of climatecommunication.yale.edu

After collecting and validating the enormous pool of national data, the project members transferred the survey results to develop a statistical model, which could project the data onto local-level scales seen on the finished maps.

According to Mildenberger, the project’s data could be informative and beneficial for policy-makers and planners in understanding what type of reception certain parts of the public may have to climate policies and in engaging with the public about global warming issues.

One observation he made was that regulation for carbon pollution for coal-fired power plants was more widespread than predicted. This was especially true in more conservative-leading districts that were expected to hold weaker support for certain types of climate policy action.

“I think we know that Americans broadly support various types of climate policy action, and what’s interesting about this data is the degree to which there’s quite a bit of homogeneity even across different parts of the country in support for that type of action. So I think that this sort of data has a lot of value in terms of public advocacy,” Mildenberger said.

While the country shares certain opinions on some climate-change issues, Americans are divided on others. Fifty-eight percent of Americans are worried about global warming, yet only 40 percent believe that climate change will be harmful to them personally.

“Right now, global warming still seems psychologically distant to many Americans,” Mildenberger said. “We might expect this to change as the impacts of the climate crisis [begin to be realized] more frequently. There is a lot of active research going on right now to understand how experiences with such events as the California drought shape people’s perceptions of the climate threat.”