The Daily Nexus
Tennis
Gauchos-Rebels Showdown Set for First Round of NCAA Championships
May 11, 2017 at 5:10 am by Richard Benites

The postseason continues for the No. 37 UCSB men’s tennis team as it will look to topple No. 27 University of Mississippi this weekend in Round 1 of the NCAA Division I Men’s Tennis Championships.

Following their recent first-place finish in the Big West Tournament, the Gauchos stand at 19-5 on the season and currently are on a 12-match win streak. 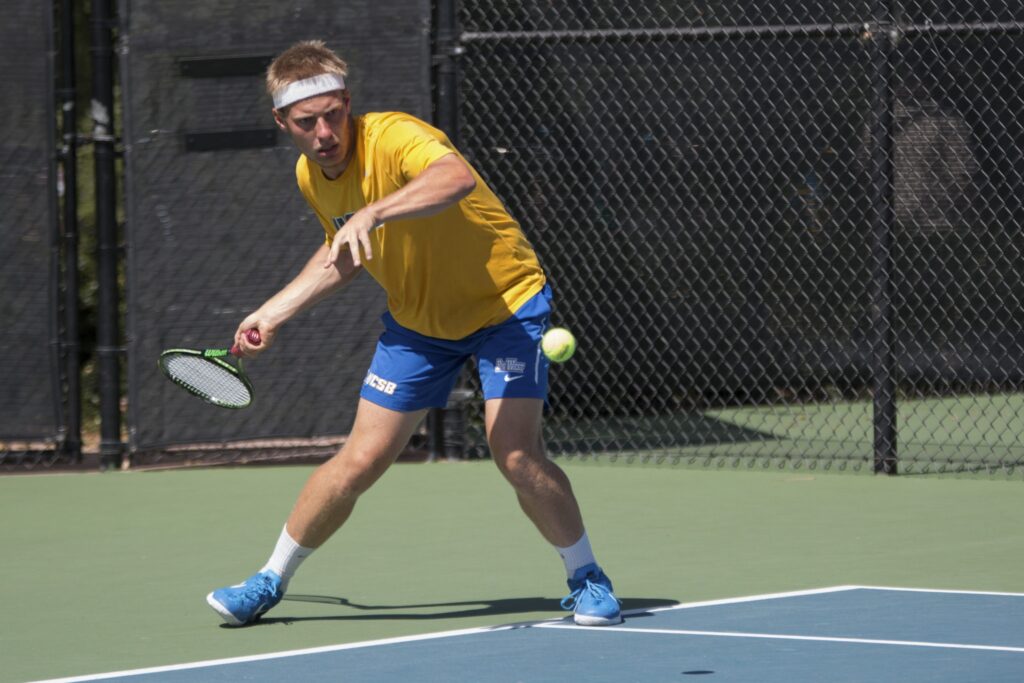 As for opponent Ole Miss, it concluded its regular season at a 16-9 overall and a 6-6 conference record. It is the 24th consecutive year the Rebels are one of 64 teams competing in the postseason tournament.

UCSB recently earned its much-anticipated participant spot in the NCAA Tournament after an at-large bid was passed by the selection committee. Out of the 63 other teams in attendance, Santa Barbara drew Ole Miss.

This is the third year in a row the Gauchos were able to earn an NCAA slot and make it this far into the postseason. However, each year they haven’t been able to make it out of the first round.

Last year had a then No. 44 UCSB face off against a No. 32 Georgia Tech, which ultimately had the Yellow Jackets claiming the meet at a score of 4-1. The year before that was also a 4-2 loss to Texas Tech University.

However, there’s plenty to update before the national competition commences. The Gauchos are coming off an exciting Big West Championship run which was sweetly capped off with a 4-1 victory over their Blue-Green rival, the Cal Poly Mustangs.

This competition had impressive performances across all team members, which ultimately elevated UCSB’s standings in the Intercollegiate Tennis Association rankings. Previously at the No. 40 spot, the Gauchos now boast No. 37 overall.

As for Santa Barbara’s star Court 1 doubles pair of junior Simon Freund and senior Morgan Mays, they also remain in the top 40 in the nation at No. 35 overall.

The Rebels are coming off their most recent match against the University of Florida, in which they were swept 4-0 in the quarterfinal round and subsequently knocked out of the SEC championship tournament.

This result hardly deteriorated their ITA score, as their ranking actually moved up a spot, from No. 28 to No. 27. The Rebels also hold both singles and doubles honors, as junior All-American Gustav Hansson is ranked 23rd in the nation while sophomore Fabian Fallert and junior Grey Hamilton hold the 19th overall spot.

Before being swept 4-0, Ole Miss was on an eight-match win streak with its last loss occurring back in early April.

Adding incentive to the match will be the No. 4 singles match, as both Ole Miss’s sophomore Fabian Fallert and UCSB’s sophomore Anders Holm will look to end each other’s 11-match win streaks.

Friday will be the first time UCSB has ever faced Ole Miss. The recurring strategy and point of emphasis has been the Gauchos’ doubles play. It has been key in their double-digit win streak and has aided the team’s ability to stand its ground against top-20 programs.

“The doubles point is always so huge,” Head Coach Marty Davis said. “It’s only one point but it’s the first point of the match, and emotionally it gave us a real lift … singles as a result has shown this.”

The Gauchos went undefeated in the entire month of April and will look to start May off on the right foot as well. The winner of this first-round matchup will then go on and face either No. 5 UCLA or Army West Point.

UCSB is set to play Ole Miss on Friday, May 12, at 10 a.m. at UCLA’s Sunset Canyon Tennis Courts.