The Daily Nexus
Sports
UCSB Preps For Road Match Against St. Mary’s
May 9, 2017 at 2:09 pm by Jorge Mercado 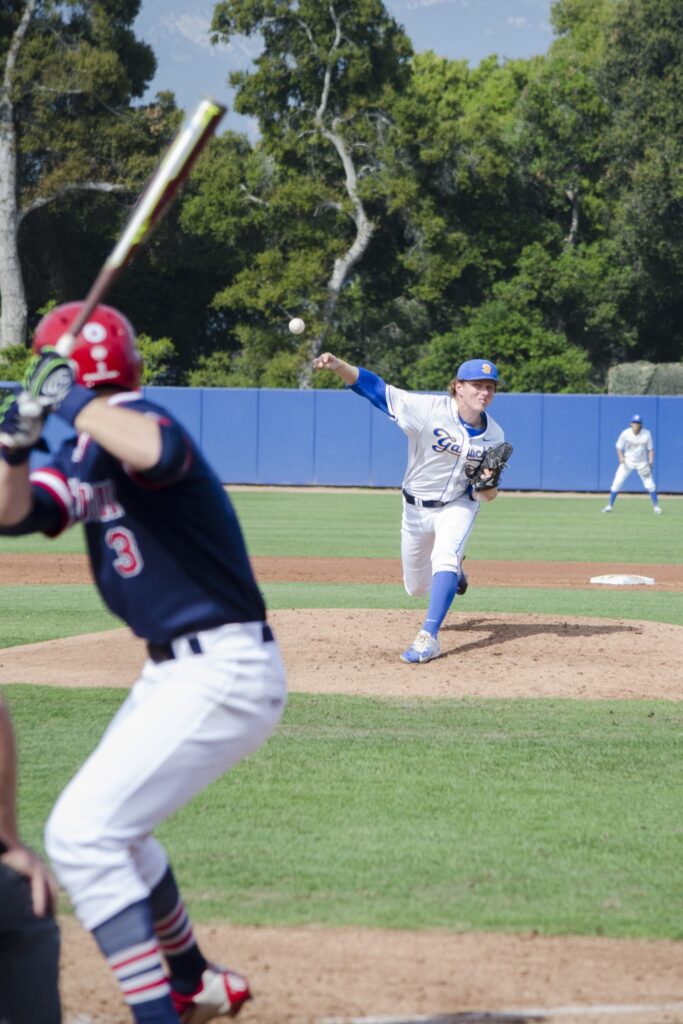 Sitting at 20-24 on the year, the UCSB baseball teams’ hope of making it back to the postseason, let alone the College World Series, are gone, but the show must go on.

With 12 games left on the docket, this team still has the opportunity to improve and finish this year strong. The first chance the Gauchos will have will be today at St. Mary’s in hopes of evening up the series against the Gaels who currently sit at 30-17 on the year.

These two California squads faced off earlier this season, with SMC coming out the victor in a 4-1 decision in Santa Barbara. At that time, UCSB was ranked the No. 23 team in the country.

Last season, Santa Barbara and St. Mary’s both took a game in the two-match series with each team winning on the road. Hoping to have a repeat of last season, the Gauchos will look to rely on freshman pitcher Ben Brecht to get the job done.

The lefty has started the last five midweek games for UCSB and has done an admirable job earning a 3-1 record with a 3.19 ERA and 15 strikeouts in 30.1 innings pitched. On the year, the southpaw has an overall 3.52 ERA with 33 punchouts.

Despite having a reliable pitcher on the mound, one concern still weighs heavily on the minds of fans, and that is the fact that the Gauchos are on the road. Santa Barbara is currently 5-13 on the road and does considerably worse in the box and on the mound.

To SMC’s credit, it has a 17-7 home record and has won eight of its last 11 games when staying in Moraga, California.

If the Gauchos want to win their sixth road game of the year and show some improvement as this disappointing season ends, then they will need great performances from their young freshman.

Besides Brecht, UCSB has certainly had other first-year players step into a role and thrive. The biggest example of this is right fielder / second baseman, Armani Smith. The do-it-all man at times for the Gauchos has been exceptional at the plate as he is currently tied for second in batting average with a .299 average.

In his last four games, Smith has driven in four runs and is 5 for 16 at the plate while also scoring two runs. The freshman recently hit the second home run of his career in the Gauchos last series against UC Davis.

Sitting right behind Smith in batting average is redshirt freshman Tommy Jew. The outfielder has been tremendous on defense for Santa Barbara currently has a .980 fielding percentage, and has only committed two errors on the year. His 100 putouts on the season rank him third on the team.

At the plate, Jew struggled against UC Davis registering only no hits in nine total at-bats through the course of the three-game series. However, before that, the center fielder had hit successfully in 17 straight games, something he will look to get back to starting today.

Despite the rough and disappointing year, UCSB still has the opportunity to end the season in a way that it can look back and not feel so lost.

The future is still bright in Santa Barbara with all these freshmen who are stepping up and juniors who will most likely elect to stay for their senior campaign. Finishing the season above .500 would certainly be a nice way to end this lackluster campaign.

UCSB takes on SMC at 3 p.m. on Tuesday, May 9 at Louis Guisto Field in Moraga, California.