After hosting a sit-in at Cheadle Hall for almost 36 hours, student leaders are currently meeting with Chancellor Henry T. Yang to gain his support in urging UC Regents to divest nearly $3 billion from fossil fuel companies. 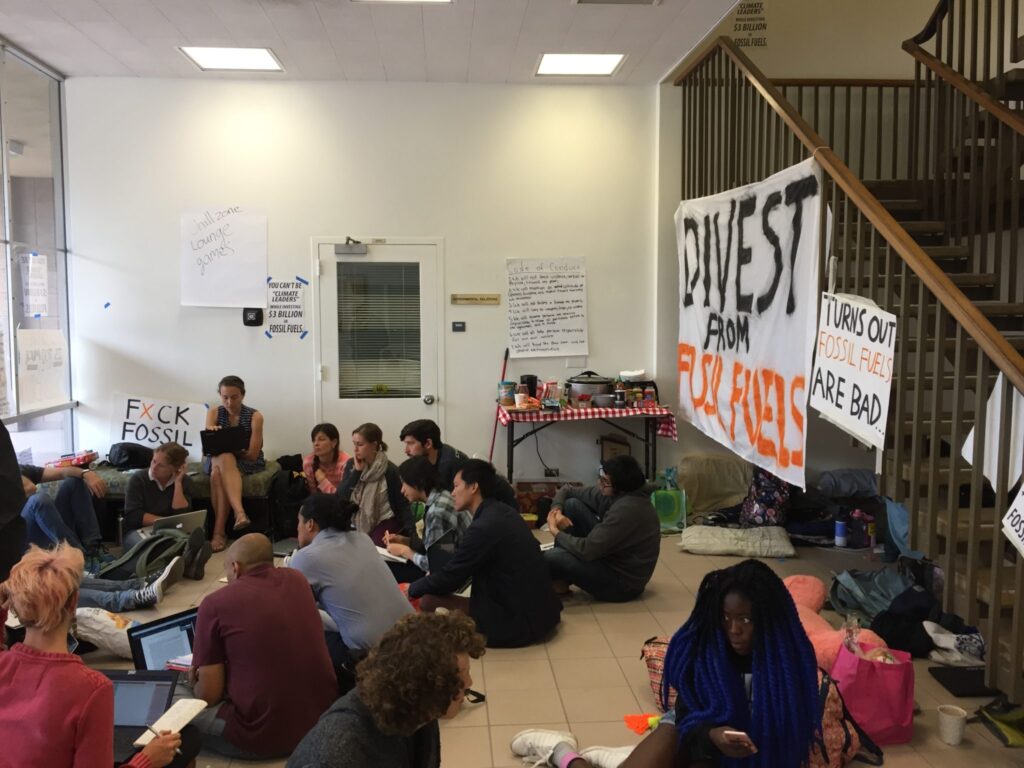 Fossil Free UCSB, a group dedicated to having the UC sell all its investments in fossil fuel companies, has been staging a sit-in at the administration building since 10 a.m. Monday. Posters and overnight bags cover the walls and floors of Cheadle Hall’s first-floor lobby.

Fossil Free UCSB says the chancellor already “embraces the campaign,” according to a press release Monday, but organizers hope that Tuesday’s meeting will spur Yang to take a more active role.

“We hope that, with his public acknowledgement of support for our campaign, that will have a rolling effect with other chancellors across the UC campuses so that they will also step up and commit to divesting away from fossil fuels,” Celeste Argueta, a Fossil Free UCSB spokesperson, said.

Fossil fuel activists at UC Berkeley staged a similar sit-in just two weeks ago, during which over 20 students sat in Sproul Hall for almost 10 hours until UCPD asked them to leave.

The UC Davis chapter of Fossil Free UC also hosted a sit-in last week on their campus. Student activists initially planned to demonstrate in Mrak Hall during business hours but opted instead to stay the night after being asked by administration to vacate.

“Some of the most successful sit-ins have divested from fossil fuels, so why can’t we?” Macy said.

Fossil Free UCSB organizers plan to remain in Cheadle Hall until Thursday. UC Regents will be holding one of their bimonthly meetings in Berkeley next week, during which they look to discuss the status of their investments.