Police have taken into custody an Isla Vista resident who allegedly attacked an elderly individual last month in belief that the person was homosexual. 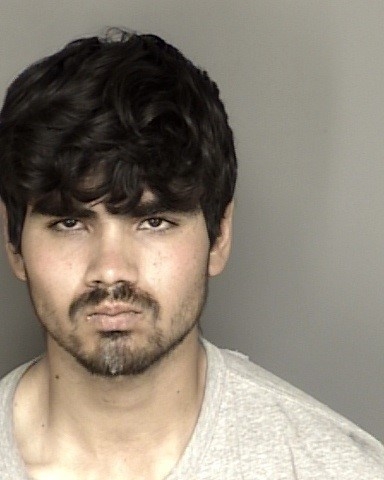 The Santa Barbara County Sheriff’s Office (SBSO) responded to a report of battery near Highway 101 in the Arroyo Quemada area west of Refugio State Beach on April 15.

A 63-year-old Santa Paula resident was sitting in a parked car near Refugio State Beach at approximately 1 p.m. when a male suspect attacked him with a guitar, police said.

Police said the suspect allegedly attacked the elderly man because he believed he was homosexual. The male suspect shouted homophobic slurs during the attack, police said, and the victim was hospitalized with a “traumatic injury.”

Police spoke to the victim when they arrived on scene and launched a several-week-long investigation to identify and locate the suspect thereafter.

Police ultimately identified the suspect as Daniel Joseph Garcia, a 19-year-old I.V. resident. After obtaining a court warrant, SBSO deputies searched Garcia’s I.V. residence but were unable to locate him.

Deputies then obtained an arrest warrant and found that Garcia was in custody in Monterey County. Several hours after the elderly man was attacked on April 15, California Highway Patrol arrested Garcia in Monterey County on unrelated charge of assault with a deadly weapon and driving under the influence.

Police said on Friday that they plan to transport Garcia to Santa Barbara County to face charges after the disposition of his Monterey County charges.