The Daily Nexus
News
Students Produce List of Demands for UC Worker Rights Following May Day Rally
May 2, 2017 at 7:24 pm by Stephany Rubio

Campus employees, labor unions and student coalitions gathered at Storke Tower this Monday for May Day, an international day of action to support workers and immigrants around the world.

Members of the UC Santa Barbara Student-Worker Coalition organized the rally in support of the rights of students, workers and immigrants at UCSB. They were given a meeting time with Chancellor Henry T. Yang this Tuesday morning at 8 a.m. as a result of their demands.

According to the rally event page, their goal is to pressure UCSB and UC-wide administration for full funding of higher education in California, an end to “union busting” and contracting out policies, a living wage for all workers and a stop to threats against worker pensions.

May Day started as a walk-out demanding for the eight-hour work day in 1886. It fatally ended on May 4 when Chicago police killed several strikers in the Haymarket massacre.

Various campus employees spoke at the rally, including Lupe Navarro-Garcia, the associate dean of the Division of Student Affairs.

Hieu Le, Associated Students (A.S.) president-elect, also attended the rally. He said as president, he plans to connect A.S. with local labor unions to ensure the demands of campus workers are met. 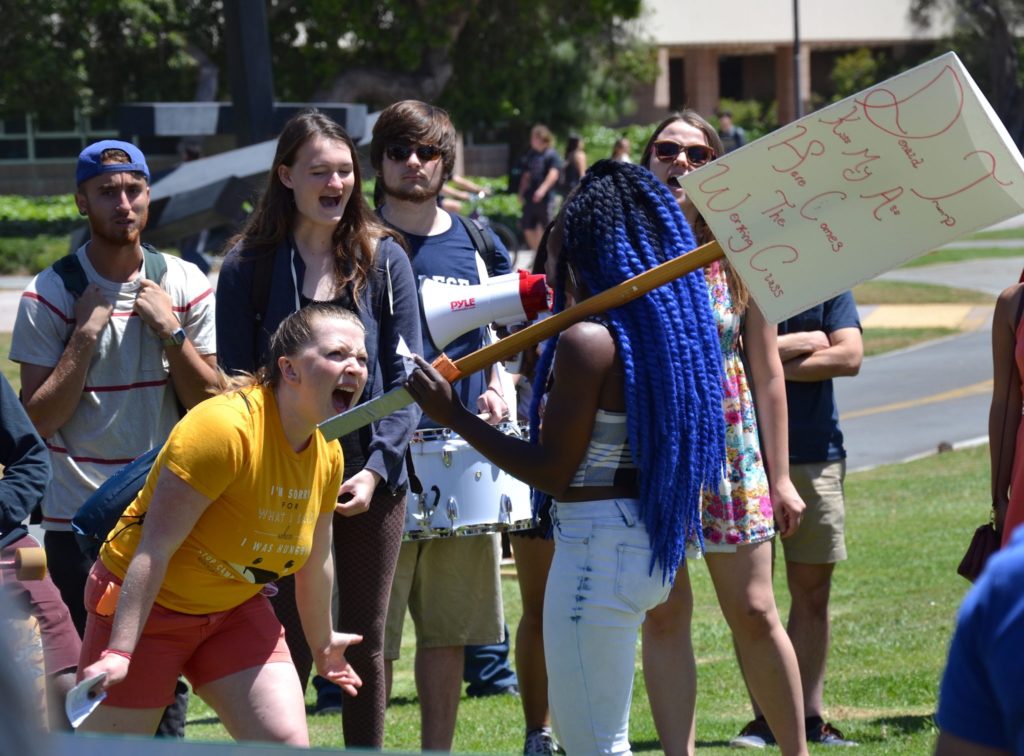 The UCSB Student-Labor Union Coalition also sent a petition to Chancellor Yang on Monday with a list of demands addressed to university administration.

The petition asks UCSB administration and Chancellor Yang to formally recognize May Day and make it a yearly campus holiday, to join them in opposing the “undermining” of the UC pension system and increasing student tuition, to demand the UC pay a living wage to all of its workers and to join them in opposing President Donald Trump’s “anti-worker and anti-student agenda.”

The American Federation of State, County and Municipal Employees (AFSCME) was one of the labor unions at the rally. They are currently under negotiations with the university for a new five-year contract.

A team of 22 negotiators from the AFSCME, with one or two representatives from each UC campus, are meeting with UC administration on May 11 and 12 in San Francisco. There are also meetings at UCSB on May 24 and 25. 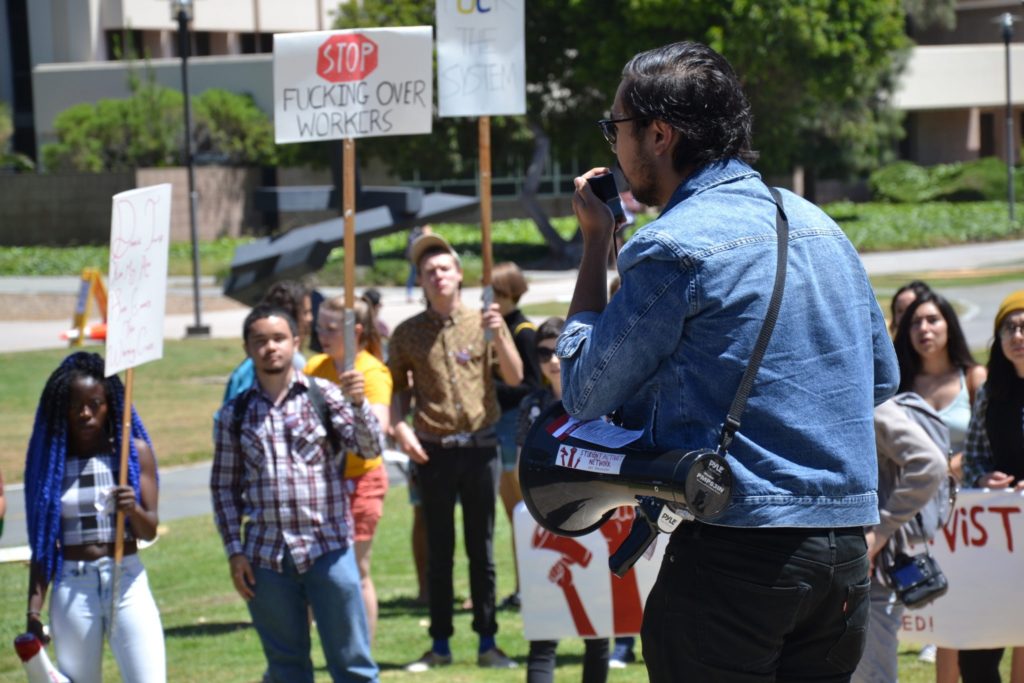 Ricardo Orozco, the AFSCME representative for UCSB, said the administration and the facilities management have not met any of their demands in the last three negotiation meetings.

Orozco said part of their demands is keeping their retirement plan but said the UC wants to take away their 401K and give them a 403B, “which saves [the UC] lots of money.”

Chancellor Yang told the Nexus in an email that his meeting with the Student-Worker Coalition was appreciated and said the university is “grateful for the opportunity to hear and discuss their thoughts and concerns.”

Yang said the administration is committed to creating the best possible work and learning environments.

“We are deeply thankful to our staff colleagues for the vital role they play across our campus, and we celebrate their dedication and the invaluable contributions they make every day,” Yang said in a statement.