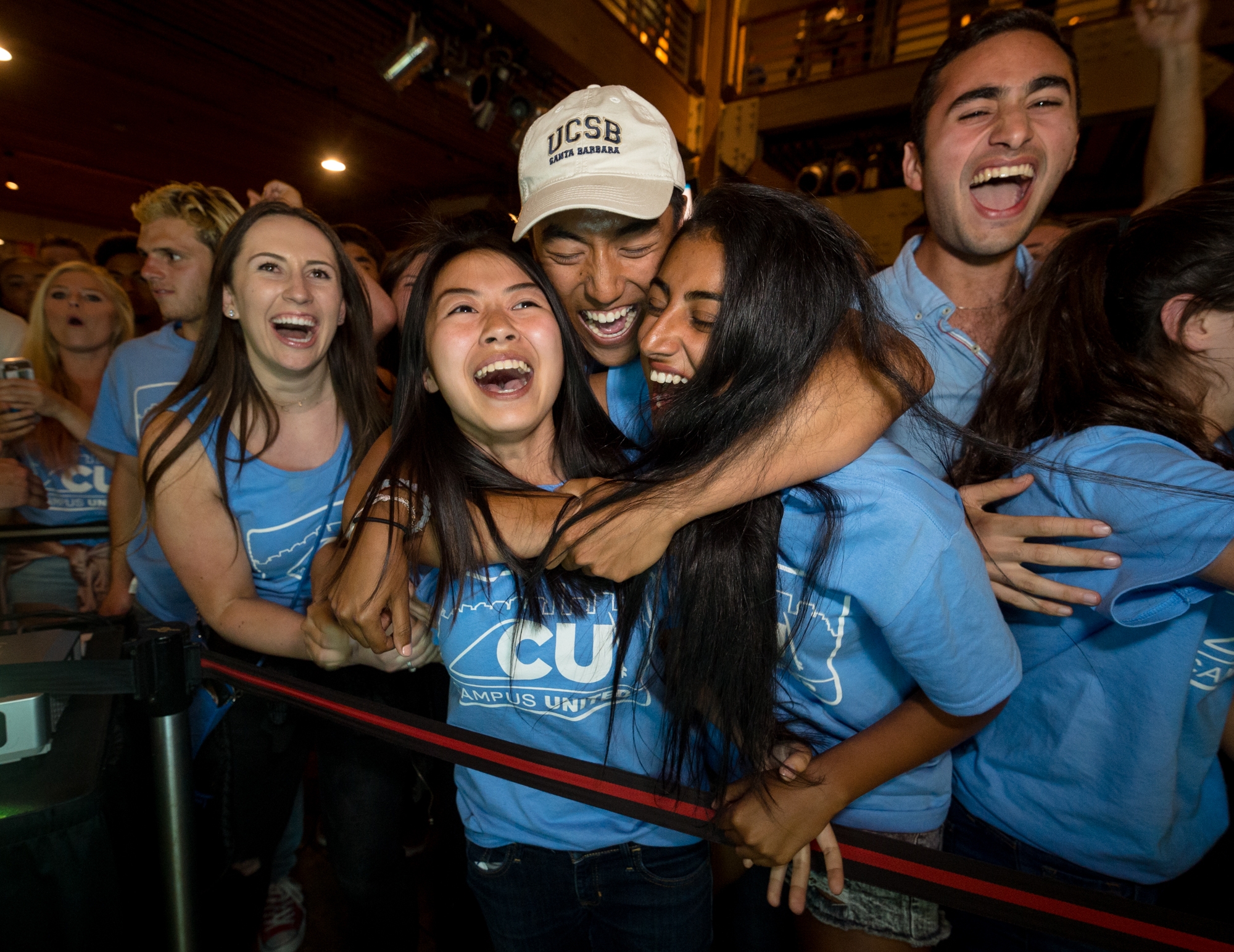 The party won all executive seats except for one — a nonpartisan student advocate general. Students elected 16 Campus United candidates and 9 candidates from the newly formed Isla Vista Party to A.S. Senate.

This year is the second year in a row that Campus United has secured four of the five executive seats and 16 seats on A.S. Senate.

A.S. Elections Board officials said 7,220 students turned out to vote this week, accounting for nearly 36 percent of the undergraduate student body.

“I look forward to getting ready to go and finding competent staff in my office so we can go into next year strong.” — Hieu Le, A.S. UCSB President 2017-18

Hieu Le of Campus United will be A.S. president next year. Le believes he was elected because he has experience and a “vision for the university,” and he said he is excited to start laying the foundation for his term.

“My first order of business is to hold myself up and study for midterms and get this quarter straightened out first,” he said. “As president, I look forward to getting ready to go and finding competent staff in my office so we can go into next year strong.”

Write-in candidate Navpreet Khabra, who joined the presidential race four days before election, congratulated Le and said she hopes he will spend his time utilizing his lobbying experience for A.S. 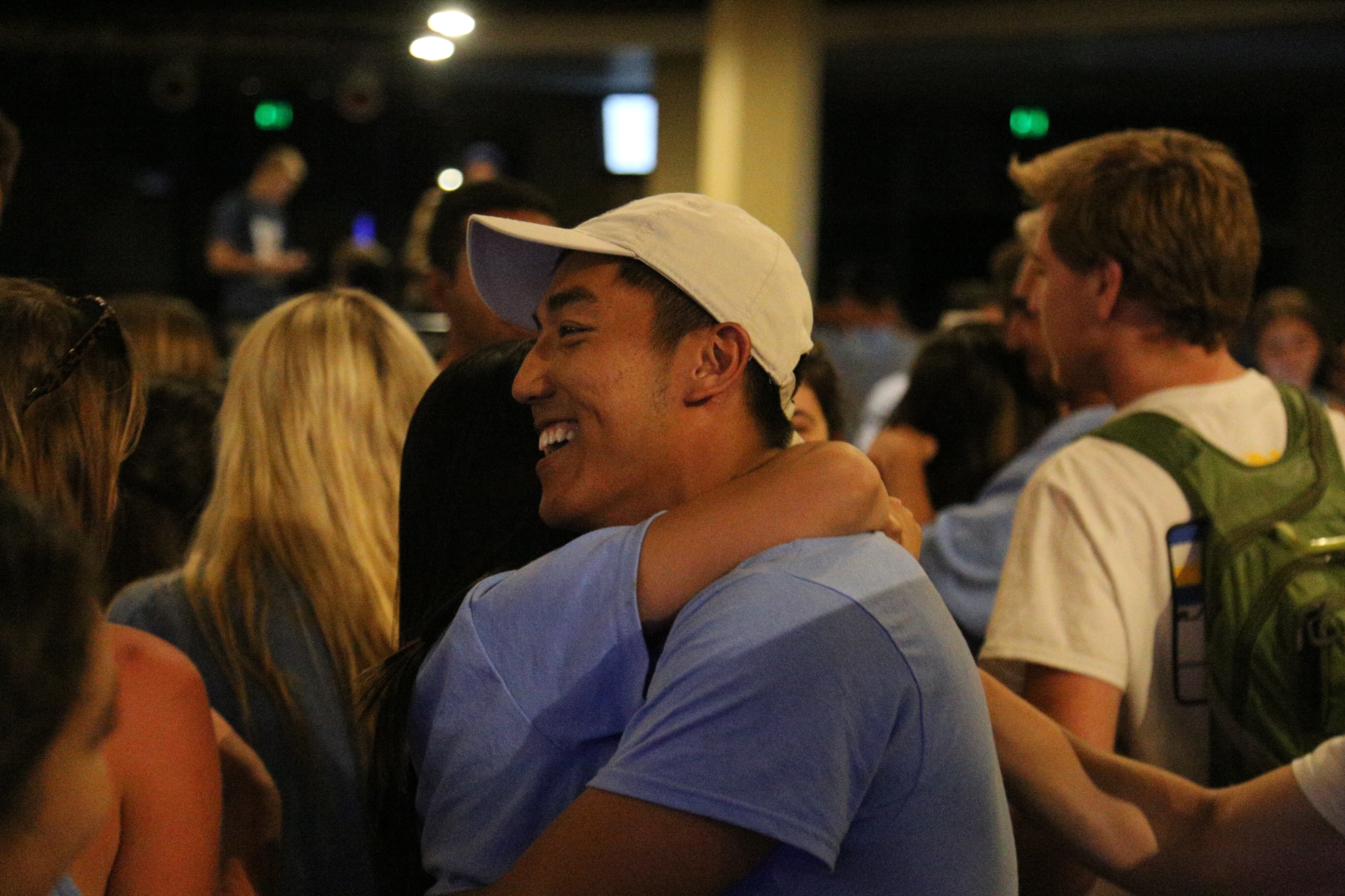 She said Le should also focus on working in the many different parts of A.S., rather than just the executive and legislative positions.

Campus United candidate Jasmine Sandhu won the race for internal vice president, beating opponent Lesly Silva who suspended her campaign last Friday. Sandhu said she is excited to work with the new senators and help them prepare for their new positions.

“I think that [students] know that I was the best person to fill this position and be able to fulfill these duties and really empower my senators to complete their duties properly,” she said. “I think that’s why I won; I think the student body knew this.”

Justice Dumlao, who ran for EVPLA with the Isla Vista Party, said he was proud of Stoll and hopes to work with her more in A.S. He added he would like to see a lot of “coalition building,” community building and communication from Stoll.

“That was a big problem last year with Senate in general and A.S. in general, really,” he said. “I really hope that communication stays within the forefront of everyone’s minds next year because it’s an extremely important thing to have in our community.” 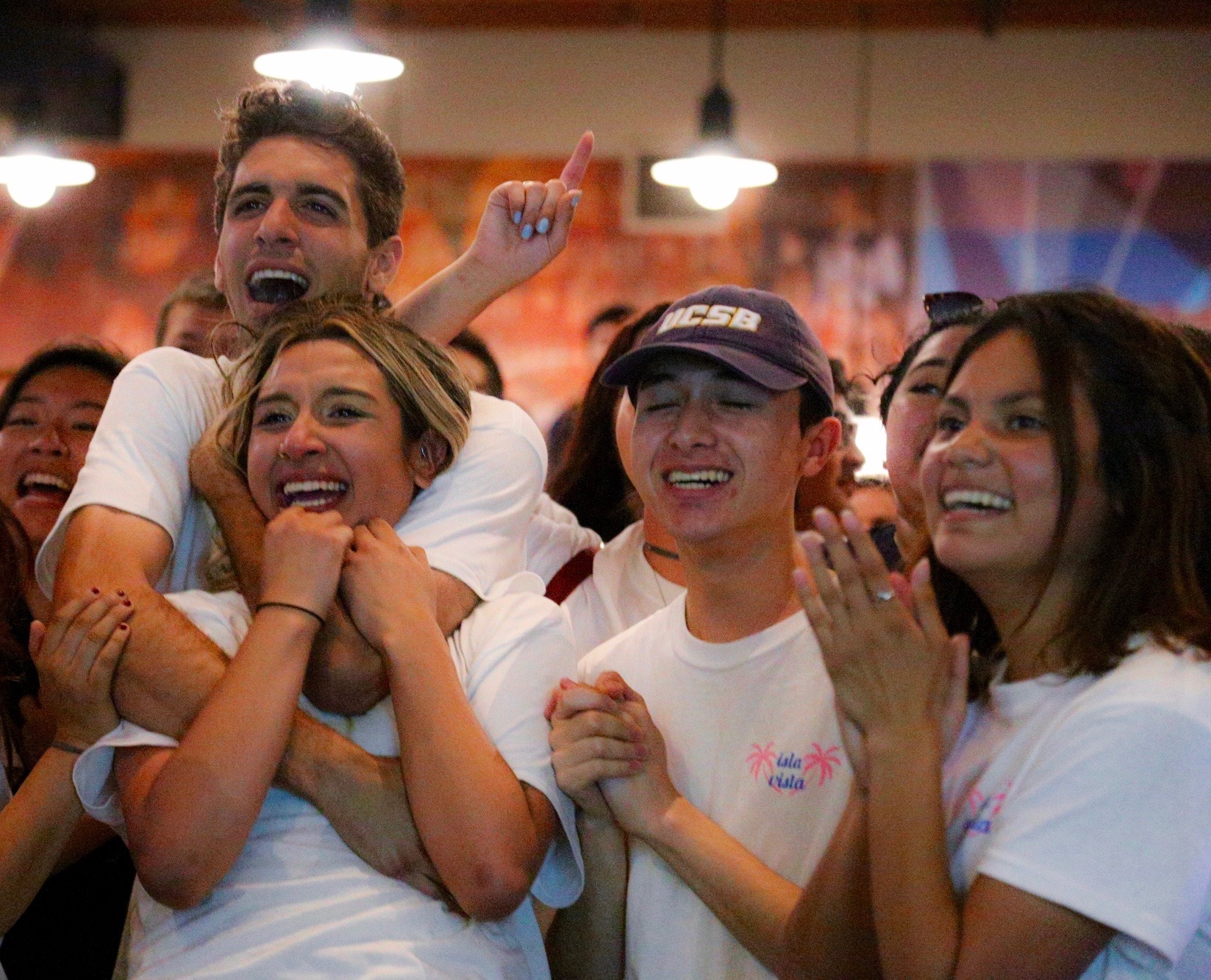 Kristin Hsu of Campus United won the race for external vice president of statewide affairs (EVPSA). She wanted to thank everyone in Campus United and her mentor, Matthew Santos.

She also thanked former EVPSA Melvin Singh, who first made her a fellow in his office over two years ago. Hsu said her first order of business will be “sleep.”

Despite emotions running high, Menelik Dagnachew, Isla Vista Party candidate for EVPSA remained positive. He said he will remain fighting on behalf of students, especially in his new position as the undergraduate student representative to the Mental Health Oversight Committee within the UC Office of the President.

“I’m proud of every single one of those candidates because they put in so much work,” he said. “It’s a great coalition of people we’ve got, and I’ve got a family. I’ve got people to work with, so I’m happy.”

Jack Tannenbaum, the independent candidate who was unopposed in his bid for student advocate general, was also in good spirits after his victory.

“I may have been the only option on the ballot, but 75 percent of people who entered the ballot still chose to vote for me when they had the option not to,” he said. “I’m going to go home, hug everyone who has been on my team, hug everyone who has worked with me, congratulate everyone else who’s run; you know, win or lose they have done an excellent job.”

it’s qWHITE interesting that whatever party runs with white faces or nonwhite that whiten themselves to be their token POC always win and stays winning every year.

Sore loser. The other party ran on a bad platform and didn’t have candidates as good as CU.

I didn’t know accepting the schools whiteness would made you think you’re white.

What makes someone think theyre white

When has IVP worked with actual political professionals similar to the CU candidate? Promising students free tuition without having any of the work experience / connections to do so was embarrassing

Looollllll you’re such a sore loser. Our exec slate was 3/4 POC and our senate slate had less white candidates than nonwhite. Gtfo loser.

Yes, your exec slate was 3/4 POC that think they’re white. I’d bet money on that.

“POC that think they’re white.”
That’s a super problematic assumption to make. You’ve basically invalidated any POC voice you don’t agree with because it isn’t the one you want them to have. That’s a “No True Scotsman” if I’ve ever seen one. We actually have more diversity nkw (not to say we shouldn’t have more) and some how that’s still not good enough.

I bet the people who are offended by the “qwhite interesting” comment are either white or think they’re white. Please acknowledge your privilege and let the POC run the school for once. We’re not sore losers, we’re just tired of losing to your whiteness. We all attend a top tier university that praises diversity and equal opportunity and if you actually think we all have an equal playing field, please resign the position that was GIVEN to you.

For reals! I bet if CU didn’t campaign (bribe everyone) they would have still won

Lol what did they bribe with? T shirts? Cus IVP did too. Cookies? IVP gave out donuts.

You all keep hitting me with the 3/4 execs are POC. CU is a party that keeps the staus quo, white people running the school and keeping white privilege safe. Whenever it is jeopardized, like IV Party running against CU with over qualified candidates, you all blindly support CU (or any other white party) every single year. Why do you think the white party always wins?

Jesus christ. Maybe the attitude that leads you to assuming that a party only won because they are the “white party” is what turned people away from voting for IVP.

To deny that CU is a white party is to deny and invalidate POC experience on our “diverse” campus.

Most IVP candidates refused to listen to other opinions at all, and shut down anyone who doesn’t agree with them as “invalidating our experience”. Look at how many of the candidates and their supporters are going all out for divestment now without at all engaging with any Jewish groups to make sure the Jewish students feel safe and not personally attacked during this time, how they are talking about their election loss and how they are responding on this thread.

You don’t get it and never will. Maybe if the Jewish people didn’t stick with mostly white people we POC would interact with them. It’s cute how you’re calling that out but can’t call yourself out for not supporting POC. Instead of terrorizing our spaces you should start to try to understand us.

how are your spaces terrorized

If you say that other students “don’t get it and never will” then how does that support understanding and encourage discussion?

Maybe it’s because the IVP made everything about race that no one voted for them. Hell, I didn’t vote in the election but as soon as I heard them doing their chants in Spanish I knew that they had already lost the election.

So if we don’t act exactly as you want us to then we aren’t really POC? Seems like you’re the one invalidating other POC experiences.