The Daily Nexus
Water Polo
UCSB Unfazed by Regular Season, Looks for Fresh Start in Conference Tournament Vs. LBSU Friday
April 27, 2017 at 5:05 am by Tommy Pardini

As the No. 6 seed in this week’s Big West Tournament, the UCSB women’s water polo team will try to make history for the second straight season.

This year it will involve accomplishing something that no team has ever done in the Big West tourney: Win the conference title as the sixth seed.

The sixth seed in the Big West Tournament has only finished above fifth place once when Long Beach State was the runner-up in 2011.

“This presents a new challenge for us going in,” Head Coach Serela Kay said. “But for the Big West, the teams are so close that it doesn’t matter who you play and who you open up with because any game will be a great game.”

A lot can change from one season to the next, especially when you begin a season with half the team made up of new players, eight freshmen and one transfer. 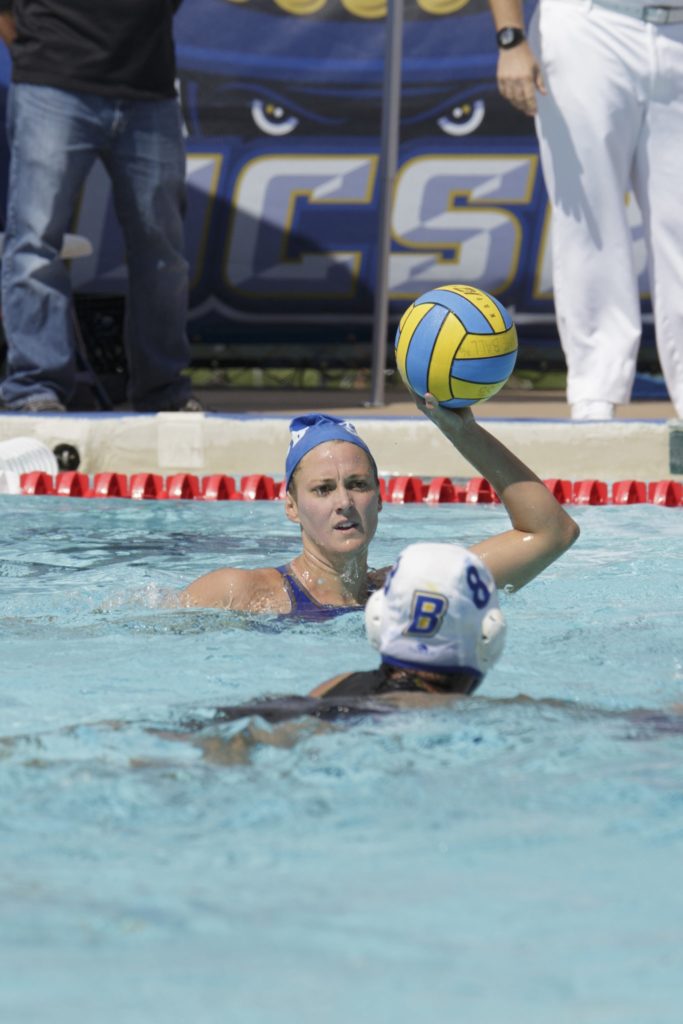 Exactly one year ago, the Gauchos were flying high after taking home their first-ever Big West Tournament title.

Now, for the first time ever, they’re at the bottom of the Big West standings trying to defend the crown.

The tournament begins on Friday for UCSB when it takes on No. 3 seeded Long Beach State, who delivered a crushing blow to the Gauchos two weeks ago in a six-overtime Senior Day thriller.

Santa Barbara had plenty of chances to win the game throughout the plethora of overtimes and prove it could hang with Long Beach, but it narrowly fell short.

“I don’t think we have to do anything differently,” Kay said. “We went to six overtimes with them so it was anybody’s game, so our game plan doesn’t change.”

Last weekend Long Beach came up short against Big West regular season champion UC Irvine in an attempt to establish itself as one of the conference best.

The 49ers only mustered three goals, all from the second half, but held the Anteaters, who finished undefeated in conference play (5-0), to just six goals in the defeat.

UCSB is 2-2 against LBSU all-time in the conference tournament, most recently in 2015, when Santa Barbara defeated Long Beach in overtime in a game for fifth place.

The last four meetings between these two sides have all been decided by just one goal.

If the Gauchos can get their revenge on the 49ers, they will matchup against the No. 2 seed Hawaii Saturday afternoon.

UCSB took down Hawaii in last year’s tournament final 11-5, a loss that is certainly still in the heads of the Rainbow Wahine.

If UCSB loses to Long Beach State, it will play the loser of UC Davis versus Cal State Northridge in the fifth-place game on Saturday.

With a four-game losing streak, their longest since February 2016, the Gauchos are ready to give it their all this weekend in their title defense.

As for the mindset of the team, the reigning Big West Coach of the Year kept it simple: “Finish strong.”

The last two Big West Tournament champions have been the hosts of the event, Hawaii in 2015 and UCSB last year.

All the highs and lows of this campaign come down to this one tournament that will define the season for the Gauchos.