On the night he won election as Associated Students external vice president of local affairs last April, Ashcon Minoiefar told the Nexus that his first priority was to address police presence at Halloween to ensure it is “adequate” and “not over-excessive.”

As it turns out, law enforcement decreased by approximately 30 percent this Halloween, but Minoiefar later admitted this is because Isla Vista residents “just don’t come [to Halloween] anymore.” 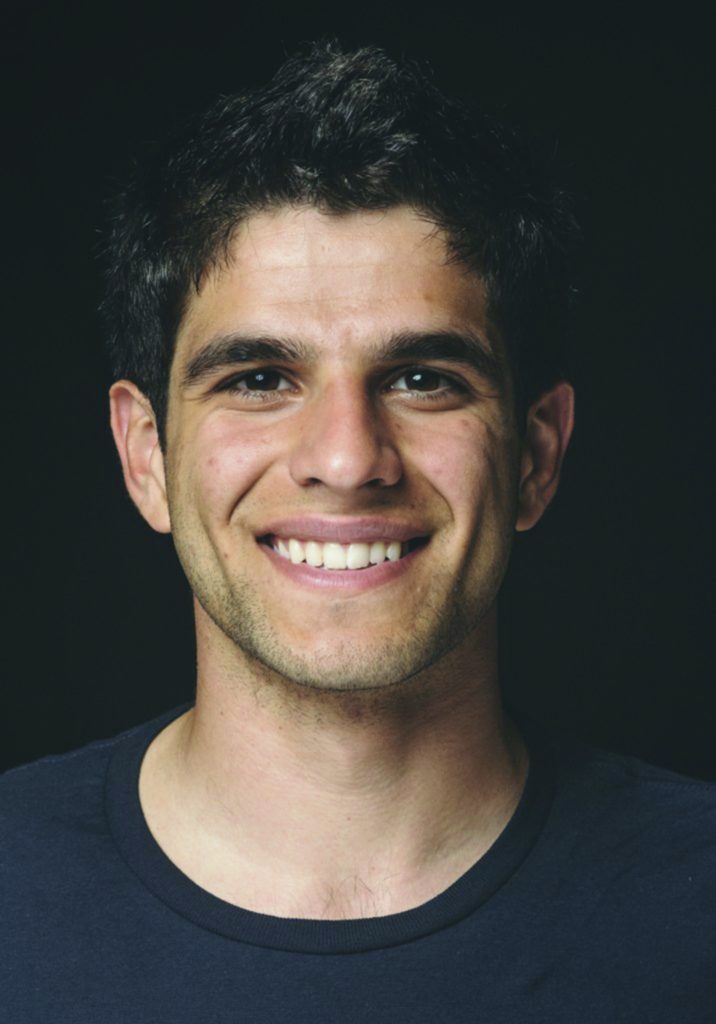 In the year to follow, Minoiefar’s incumbency became more about his other platform items: pushing to have students volunteer on the streets of I.V. every weekend, incorporating medical amnesty into university policy and lowering police presence at Deltopia.

UC Isla Vista (UCIV), a program which sends students as liaisons between residents and police in I.V., was an A.S. program established under former EVPLA Cameron Schunk over two years ago. Its purpose was to serve as an alternative to what Schunk called “over-policing.”

A.S. Public Safety Commission (ASPSC) later took charge of UCIV, and the program only operated during Deltopia and Halloween in the years to follow. When Minoiefar entered the office, he intended to work alongside ASPSC to make the program a weekly operation.

Expansion of the program had a “slower start,” he said, because ASPSC relied mostly on their hired staff. They later found more success when they were able to “build more of a volunteer pool.”

Minoiefar said he assisted ASPSC in marketing for volunteers, suggesting to the UCIV organizers that they open the opportunity for different student groups to “sponsor a weekend.”

One student group that did this recently, Minoiefar said, was Campus Democrats, which provided “a bunch of volunteers” for the weekend they sponsored.

“[UCIV] is headed in the right direction, and I’m really happy to know that it’s going to stay here after I leave,” he said.

Another goal for Minoiefar was to implement a policy of medical amnesty, which would protect UCSB students from legal charges if they are hospitalized while committing unlawful activities.

Minoiefar had been working with A.S. President Austin Hechler for over a year to regulate medical amnesty. Hechler said they came up with the idea after the university held a fraternity chapter liable for an unconscious partygoer.

Minoiefar said the problem exists outside this specific incident as well, saying students in residence halls and other groups, like sports teams, are often afraid to call 911 during parties.

Medical amnesty is state law, but it is not currently part of university policy. Minoiefar and Hechler have, for the past year, been drafting a new campus regulation called “the responsible action protocol.”

Minoiefar said the draft passed a UCSB Campus Regulation committee “at the very beginning of this quarter,” and it now awaits approval by Chancellor Henry T. Yang and UC President Janet Napolitano.

Minoiefar will soon be meeting with officials from UCSB Judicial Affairs to discuss implementation of the responsible action protocol, which he said is “really, really important.”

“I’ve seen it work with student groups a lot … Students know that they can call [911] and be safe,” he said.

Both UCPD and the Santa Barbara County Sheriff’s Office (SBSO) sent fewer police officers to Isla Vista this Deltopia, anticipating smaller crowds than in years prior. UCPD deployed approximately 70 officers for Deltopia this year, down from approximately 100 in 2016. SBSO did not want to disclose the number of officers it assigned.

Attendance increased to approximately 8,000 people this year, up from approximately 3,500 in 2016. Police made 42 different arrests this year, which is slightly more than last year but significantly lower than the number of arrests made the previous year.

There were a total of 14 medical transports this year.

“I think Deltopia was a good enough of an event,” Minoiefar said. “I really wish that the [number of] medical transports could have been a lot lower. That, for me, is a benchmark of a successful day: making sure people are safe.”

Minoiefar said several factors played into the decreased police presence at Deltopia this year. For one, he said police have “caught on” to public perceptions of having law enforcement at the event. He said having Spring Insight on the same weekend also helped.

“[Deltopia] being on Spring Insight kinda helped because the school wanted a good image there and was obviously concerned with how parents see this campus,” he said. “I wish we would have gotten on that train a little faster.”

Minoiefar said he sees Deltopia 2016 as a “measuring point” for what police presence during Deltopia could look like in future years.

“I would argue that I think it was a manageable day,” he said.

Minoiefar said he came into the EVPLA “pretty aware of what it’s like,” having for years prior been involved in I.V.’s political scene.

“I guess one thing that kind of surprised me was the degree of the kind of power that student leadership has,” he said.

In his year serving in the position, Minoiefar said he has grown to be more of a delegator in his leadership style, whereas he said he used to be “kind of a micromanager.”

Kristen Armellini, Minoiefar’s deputy chief of staff, said she has also saw this growth in Minoiefar, especially when it came to sending representatives to meetings on his behalf.

Madison Hechler, the EVPLA chief of staff, said Minoiefar teaching her was “an opportunity for him to share his passion for Isla Vista” and not a “chore.”

Minoiefar plans to receive his degree in history of public policy in June. He will be starting an internship with the San Francisco District Attorney’s office, which he said is along the line of work that he hopes to go into.

“I’ve really taken interest in law,” he said. “Public safety has always been a big part of what I do. I’ve always been keen on public service, and being a district attorney seems like a very engaging experience.”