Although elected as A.S. president in April of last year, Austin Hechler was not sworn in until late August.

His incumbency of the office was borne out of a months-long deliberation over a bribery scandal involving UC Santa Barbara’s fraternities.

A.S. Elections Board claimed soon after election night in April that the Interfraternity Council (IFC) gave “monetary incentives” to its members who voted, alleging the organization believed votes could be “bought and sold.” The board called for a revote of the entire spring ballot. 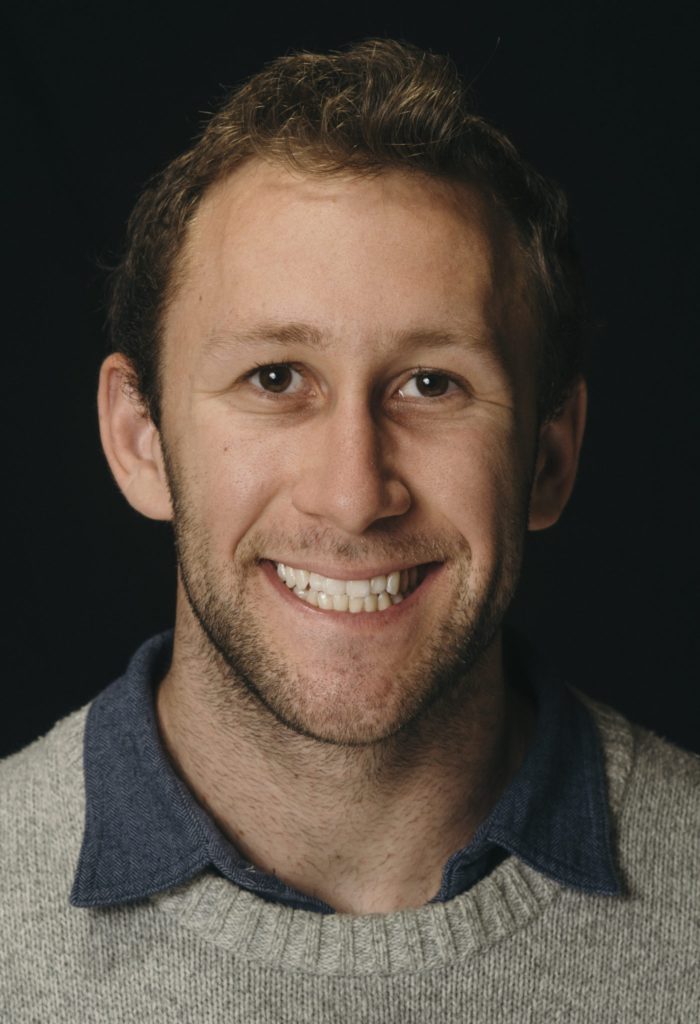 Former A.S. president Jimmy Villarreal, alongside the UCSB Audit and Advisory Department, launched an investigation into the claims but determined in late May that there was no evidence of wrongdoing on behalf of IFC.

Hechler believes he might be the “shortest-term president” in A.S. history.

“I think we got a lot done, though,” he said in an interview on Monday. “I’m proud of it.”

After several months, the alternative transportation program has become what is now Gaucho Rides, a pilot program that offers disabled students free rides to and from campus.

Hechler, along with former senator Jerel Constantino, proposed the program approximately two years ago when he served in A.S. Senate.

In April 2016, the two senators reached out to Lyft, a rideshare app that allows users to hail a taxi on demand, and were able to secure a partnership with the company. A month later, A.S. Senate passed a resolution to allocate $40,000 to the alternative transportation program.

The pilot program shut down in the third week of Winter Quarter, and the Nexus is currently verifying the causal factors. Meanwhile, Hechler said his office is developing a “backup plan” in which students can receive rides without the use of codes.

The Office of the A.S. President will most likely re-launch Gaucho Rides later this week, Hechler said.

Hechler told the Nexus in September that, depending on how the program ran in the next two quarters, he and other advocates would consider pushing for a lock-in fee for it. This week’s A.S. Elections ballot does not include such a measure.

The issue arose in April 2015 during an A.S. candidate forum when Hechler was running for a seat on A.S. Senate. An anonymous audience member asked the candidates how they plan to address campus sexual assault, and Hechler answered in response that he intended to extend sexual assault prevention training to the Greek community.

“I feel like the Greek community is such a strong and compassionate group that will rally around anything,” he said in 2015.

Hechler incorporated the same policy into his platform when running for president last year, calling it “one of the bigger parts of [his] platform.”

Hechler said on Monday that this year, he spearheaded a campaign to have fraternities and sororities learn how to prevent sexual assault through the Green Dot Bystander Intervention Program.

The program was funded by Hechler’s office and solicited approximately 120 men and women from IFC and the Collegiate Panhellenic Council (CPC).

Alejandra Melgoza, who vied against Hechler in 2016, said she is yet to see Hechler involved in any of the monthly conversations with university administration concerning sexual assault.

She also said Hechler has not yet released a statement about Sexual Assault Awareness Month or attended any events hosted by Take Back the Night, a student group dedicated to preventing campus sexual assault.

“As President, he was also unable to keep his own senators who ran on a platform of sexual assault accountable,” Melgoza said in an email. “Sexual assault is not an issue that can be put on a platform to earn political capital. It affects many students personally, including myself.”

Hechler also promised in April 2016 to lead the push in A.S. for a CSD in Isla Vista.

He and Ashcon Minoiefar, the A.S. external vice president of local affairs, worked closely together to gather volunteers for Yes on E&F, a campaign which sought to establish the CSD through Measure E and fund the CSD with a special tax through Measure F.

As it turns out, voters in November overwhelmingly approved Measure E, thus creating the CSD, but did not pass Measure F, taking away the CSD’s main funding source.

The fourth and final part of Hechler’s presidential campaign platform was to provide to students the least expensive course reader materials through a partnership with A.S. Publications.

“It was, like, a long process because at first we didn’t how to do it,” he said on Monday.

Hechler’s office began work on this plan early on, sending out emails en masse to every professor at the university. The emails asked that faculty primarily use A.S. Publications instead of Alternative Digital Printing, the private printing business in the UCen.

His office later opted to contact academic department heads instead. He said some departments, such as the political science and environmental studies departments, responded positively. Others did not reply at all, he said.

“The goal at the end of the day was to create a bank through Pubs where, I guess, professors could upload their things and students wouldn’t even have to buy it. It would just be on the internet; you know, environmentally friendly,” he said.

Hechler said David Miller, the A.S. Publications staff member who died in March, told him that his office more than doubled the amount of course readers published through A.S. Publications.

The plan to increase student use of A.S. Publications “died out,” Hechler said, after Miller passed away.

Hechler also took up a few other projects outside of his platform items, including an initiative to expand the A.S. Food Bank and a push to give priority registration to ROTC students.

“[He] really pushed things forward to have things settled and made sure that the expansion happened,” she said in April.

A.S. Senate passed a bill earlier this month to give priority registration to ROTC students, and the resolution now awaits approval from the Academic Senate. Senator Alex Giolito, who introduced the bill alongside senator Riley Hobson, said two weeks ago that Hechler “brought this all together by reaching out to ROTC students first.”

“This year I’ve really tried to hold the senators accountable in ways that I never thought I would have to,” Hechler told the Nexus on Monday.

Melgoza said she found Hechler’s platform items to be “inherently hollow” and “lacked substance,” saying he had “no personal connection to anything on his platform.”

She added that she never viewed Hechler as “someone with conviction” when they both served on A.S. Senate, and she said her views have not changed since.

“There were other senators who I definitely disagreed with at the table but I still admired their dedication to their beliefs,” Melgoza said in an email. “Hechler on the other hand was constantly passive.”

Arielle Kronovet, Hechler’s chief of staff, said Hechler’s kindness can often be mistaken for passivity and that he is actually “firm to his beliefs.”

“He’s serious about leaving this school a better place, and I’ve seen him doing this throughout the year,” she said.

Talia Stringfellow, the A.S. president’s deputy chief of staff, said she found Hechler to be more decisive and communicative than his predecessor Villarreal, whom she worked for as an A.S. fellow the year before.

“Sometimes [Villarreal] changed his mind and was not a big communicator,” she said. “Communication has been a huge, sweet [and] influential part of why I think Austin’s such a good president.”

Hechler will finish his term in the next few weeks, handing the presidency to whomever students elect Thursday night. In the meantime, Hechler said, he is applying for jobs.

“It’s funny because I bet everyone thinks, ‘Oh you have a nice title; you’re going to find a job easily.’ It’s not that easy. It’s really not,” he said. “Honestly I had no idea you had to apply to jobs so early.”

Hechler looks to receive his degree in political science in June. Wherever he ends up in the next few years, he said, he wants to continue in public service.

“I really just want to give back to communities,” he said. “I feel like I’ve been so privileged to have so many great opportunities in my life, and I want to give that back to people wherever I am.”

A version of this story appeared on p.4 of the Thursday, April 26, 2017, print edition of the Daily Nexus.

If you ask most people on campus about his tenure, you’ll probably get a similar response.

if you ask most people on campus, they wouldnt care