The Daily Nexus
News
Pentagon To Launch Missile From Nearby Air Force Base in May
April 25, 2017 at 6:56 pm by Phi Do

The Pentagon is preparing to launch a missile from the nearby Vandenberg Air Force Base in May as part of its tests to examine its ability to intercept incoming missiles from North Korea, according to a report by CNN.

U.S. defense officials told CNN that while the tests are part of the military’s overall ballistic missile defense program to respond to threats from North Korea and Iran, they are currently focused on defending against North Korean projectiles. 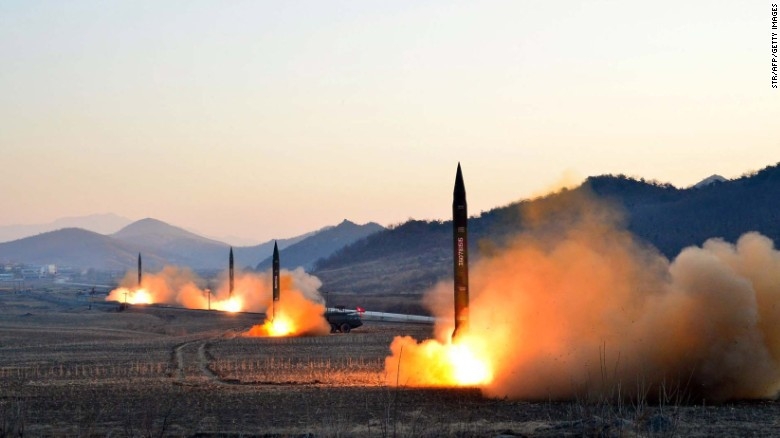 The missile launched from the Vandenberg Air Force Base will attempt to shoot down a simulated missile over the Pacific Ocean, a region large enough to accommodate its range, CNN reported. A defense official told CNN the test would involve firing an improved Standard Missile, which has reportedly only been tested once.

The modifications include an upgraded booster and warhead for longer firing ranges, supposedly farther from the coastline of North Korea, and a greater chance of shooting down an incoming projectile. The program, aimed at intercepting North Korean intermediate-range missiles targeting Japan, is being developed in conjunction with the Pacific ally, according to CNN.

Another test, to be conducted toward the end of May in the Pacific region, will use long-range, ground-based interceptor missiles in Alaska and California to check the the U.S.’s ability to shoot down an intercontinental ballistic missile from North Korea, CNN reported. The Department of Defense told CNN approximately half the tests from the program have succeeded within its over decade-long existence.

According to a recent report by the Department of Defense, the Ground-based Midcourse Defense (GMD) system “has demonstrated a limited capability to defend the U.S. Homeland from small numbers of simple intermediate-range or intercontinental ballistic missile threats launched from North Korea or Iran.” The report added it couldn’t quantitatively evaluate GMD efficiency, citing a lack of accredited ground tests.

A defense official told CNN the Pentagon has been reviewing its military options for over a month in the event that the White House decides to take military action against North Korea. The U.S. is not presently considering preemptive military action, according to the official.

CNN reported the review is part of a broader National Security Council survey of options to approach North Korea, which include diplomatic and economic considerations. The options also include updating current analysis on North Korea’s potential response to hypothetical U.S. military action and ensuring military assets are in place if the occasion calls for them.

The official told CNN the ongoing activity doesn’t change the administration’s and the Pentagon’s desire for a diplomatic solution, with military and civilian Pentagon officials “thinking through every course of action.”