The Daily Nexus
Opinion
Discrimination Looks and Ends Both Ways
April 24, 2017 at 6:56 am by Scarlet Serrano

Growing up, I always heard the inevitable “Jesus, your daughter is so white, Carmen, why?” or the just as inevitable “Holy crap, you’re Mexican?” Being not only light-skinned but also quite a Caucasian-looking Latina has come with important and sometimes harsh life lessons. Though seemingly “Americanized,” whatever that word truly means, and born on U.S soil, I still believe I have had an immigrant experience all of my own.

When I first moved to the U.S. — my mother gave birth to me in San Diego, Calif., just minutes away from her home in Tijuana, Mexico — I felt like just what I was: a foreigner. I didn’t speak English, I didn’t know anyone and I had to say goodbye to the only place I had ever called my home. I had to say goodbye to my father, my friends, and my land. I wasn’t happy about moving, and for months I cried and begged my mother to take us all back.

As I grew older I realized I didn’t look like those I came from. Many were surprised to learn I was Latina, and half the time that meant the way they viewed me changed instantly.

Although we had the luxury to easily go back-and-forth between Mexico and the U.S., living so close to the border, the lines to cross were long, and my mother, being the head of the household, had to work. Having to attend school wasn’t easy. Many of my classmates refused to talk to me because I didn’t know how to speak English, in spite of the language’s elusiveness to their own parents. I remember the teachers making fun of me in front of the entire class for my accent and poor writing skills due to the language barriers. However, I grew up, and thanks to the bilingual schools I attended, I learned the language. Throughout the years I finally felt like I had a home again.

As I grew older I realized I didn’t look like those I came from. Many were surprised to learn I was Latina, and half the time that meant the way they viewed me changed instantly. Many may think I have nothing to complain about, that getting white privilege can be beneficial, and in part they are right. I do get an innately unfair privilege, on occasion, that many of those whose heritage I share unfortunately do not get. But my appearance means experiencing other, not-so-positive things. 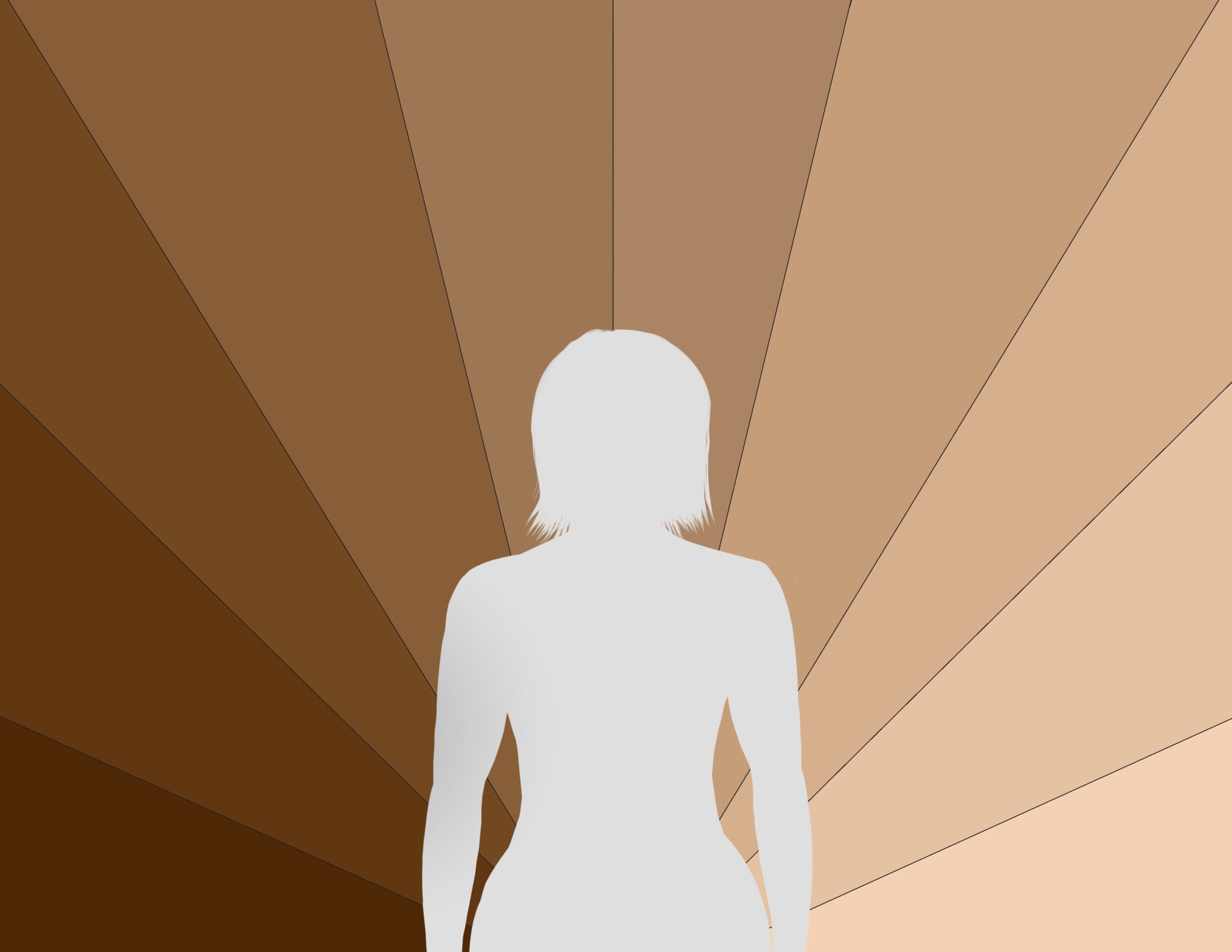 Once I walked into an auto care retail store in need of help. Most of the people working and shopping in the store were Hispanic. I needed windshield wipers, but I was unsure which to pick out for my car, and I set off to find help. I found that those around me were anxiously helped with a smile, while I was completely ignored, even when asking for help. When I did finally manage to get a hold of someone, the staff gave me a hurried answer, and not as enthusiastically as it was given to the other shoppers. In the past, I have been sneered at or not taken seriously, which stems directly from my Caucasian appearance, by those who, like me, belong to a minority group. Although being ignored is not as severe as being the victim of a hate crime, being discriminated still hurts, and no matter who the victim, it’s still wrong.

It is true that different people live different experiences in today’s America. A lighter skin tone might save you from being followed in a store, from hate crimes or it might help you get a job. When my former Caucasian boyfriend, someone I loved, voiced racist ideas and stereotypes about me and my family or when my mother was yelled at and told to go back to her country, my blood boiled, and I understood the resentment toward white America. However, I remembered that one person does not define a whole people. So why are we labeling ourselves and creating outcasts in the name of backgrounds? We hear it all the time; racism, stereotyping and discriminating gets us nowhere. However, our society can’t quite seem to grasp that some of the problems starts and ends with us.

Being a light-skinned Hispanic has let me experience discrimination as both a minority and a white person. The way people look at me has taught me a lesson about how discrimination can go both ways. Being a minority and being made to feel like I should be ashamed of being an immigrant can create resentment. Many of those I am close to have voiced this resentment, something, as I mentioned before, even I have experienced at one point or another. It is true that white privilege is a real thing, and living through the Trump administration has, to some extent, made racial tensions run even higher. Perhaps I will never quite fully grasp the sting of racism as my mother will. Her tan skin, unfortunately, gives her a different experience, and her America is not like my own. However, I disagree that one can fight hate with more hate.

I wish to someday feel like I’m accepted by those who share my roots in spite of our different experiences or skin color, and I wish to feel safe — as well as comfortable — speaking my native language out in public.

I realize not everyone discriminates or hates one another. I have actually seen beautiful things and actions in the last couple of years. There are slowly more and more interracial couples, people of different backgrounds who love and support each other. Strong friendships form between different ethnicities, and one tries to understand the world of the other. On many occasions, when someone discriminates against another person, many are quick to react and help those being harmed. The sight of a video in which one person is racist toward another appalls most viewers, and people whose ethnicity don’t suffer through certain injustices still fight to gain the rights of others who do. In spite of such advances, however, there is still a lot of work to be done. I wish to someday feel like I’m accepted by those who share my roots in spite of our different experiences or skin color, and I wish to feel safe — as well as comfortable — speaking my native language out in public.

As unfortunate as the implications are, it is natural for the human brain to categorize things according to their characteristics. We categorize everything, from things we see and hear to things we experience. It is part of how we understand the world around us and the way we have survived and continue to survive as a species. Unfortunately, however, part of those “things” we automatically categorize are people. Although we may not be able to alter our nature, we are able to consciously decide not to act on or believe the things we hear. It starts with us; we must make it our choice to not see each other as such different beings, even when our backgrounds, beliefs, and ideas are so different and even contradicting.

Scarlet Serrano hopes that our society will acknowledge and celebrate our differences.

If I’m reading this right, the worst discrimination you’ve experienced was poor customer service when trying to buy wiper blades? Were you at Auto Zone or O’Reilly?

“If I’m reading this right”

Whiteness transcends ethnic or national identities. There are white latinos and black latinos and all skin tones in between, and in both Latin America and the United States those who are whiter have historically had more privilege and still do to this day. It’s important to understand the difference between “discrimination” or “prejudices” and the systemic racism that people of color face, while also acknowledging that as an English language learner you did face biases that maybe black Americans don’t face. At the end of the day though to say that discrimination “goes both ways” or to somehow blame people… Read more »