One of the most pressing concerns of conservation biologists today is that of overharvesting. The act of harvesting in an unsustainable manner can take the form of either overhunting or overfishing, both ultimately threatening biodiversity. It involves taking more from terrestrial or marine environments than can be replaced, often resulting in the endangerment or extinction of species.

In an effort to shed some light on the potential drivers of extinction in relation to overharvesting, a group of UC Santa Barbara researchers collaborated on a hybrid project combining several disciplines, including ecology, economics and conservation biology. The objective of the study was to examine and analyze many of the species that are threatened due to their high market value, such as elephants for ivory, sturgeons for caviar and bluefin tunas for sashimi.

The existing theory involving harvesting and economic forces claims that a species would go extinct if its prices rise as it becomes rarer. However, the researchers believed there was a missing piece to the puzzle, so they worked to create a model that predicts when prices should rise faster than costs as a population declines in abundance. Then, they pulled data from a range of ecosystems, including oceans, river and freshwater systems and land until they collected enough to include hundreds of species in the study.

“The really interesting finding from the paper is that often the threat isn’t that price goes up really fast as abundance declines, it’s that cost doesn’t go up really fast as abundance declines,” Matthew Burgess, lead author and a postdoctoral researcher in UCSB’s Sustainable Fisheries Group, said. “And one of the big reasons for that is the geographic area that the population lives in gets smaller as the abundance goes down, so it doesn’t become harder to find like you think it would.” 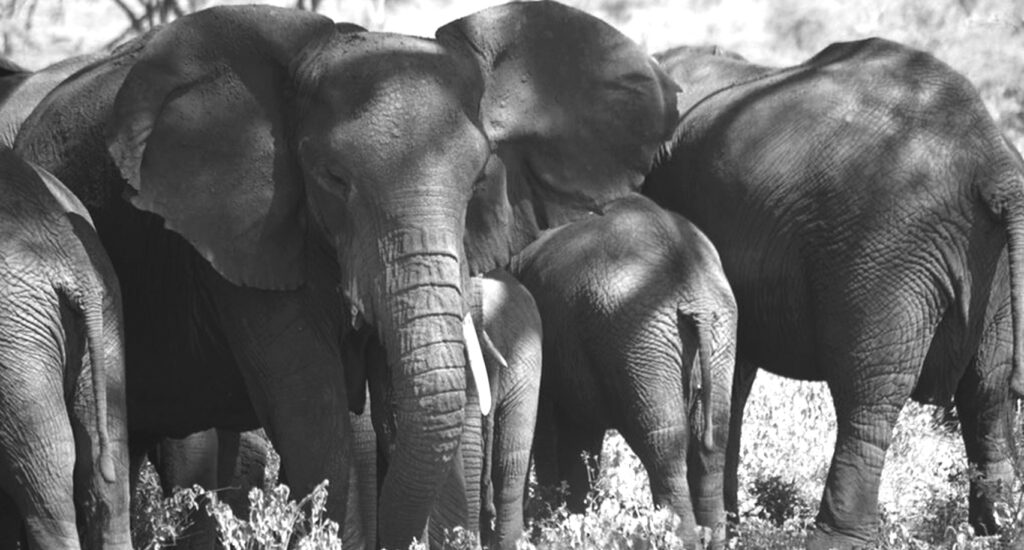 Elephants, like the ones pictured above, are vulnerable to extinction since their geographical ranges have shrunken faster than their population declines. As there will be more elephants in a smaller area, they will be easier to harvest. / Courtesy of Matthew Burgess

Initially, logic held that if something is rare, it is hard to find; if it is hard to find, it will be more expensive. These rising prices of harvested resources would threaten the species and potentially drive it to extinction. However, the researchers identified an additional factor of shrinking range area as abundance declines, meaning that the species does not necessarily become harder to find.

Several species in the study, such as Bengal tigers, Asian elephants, and bluefin tunas, had ranges that were shrinking faster than their populations, which signified that, in the places where you could still find them, they were denser even though they were less abundant. This is a detrimental effect through the lens of conservation biology because although these species are going extinct, hunters and poachers can locate them more easily.

Co-author Alexa Fredston-Hermann explained how climate change could additionally factor into the equation.

“Unfortunately, climate change tends to push species to the edges of their current distributions, which has the possibility to squish them even more into small areas,” Fredston-Hermann said.

“So if they are a species that already aggregates or schools like bluefin tuna, there is a possibility that climate change will compress that population even further because part of the area that it’s used to occupying will become too warm or otherwise unsuitable for it to live in.”

Although the results of the study may seem despondent for harvested species, the authors are optimistic that their findings can affect change.

“We hope that our study will influence management; I hope it gets more people who work in conservation to think about these factors like range contraction that make costs not sensitive to abundance declines,” Burgess said. “The point is to identify if you don’t manage a population, when is it going to be susceptible to extinction?”

While stopping black market purchases is important, Fredston-Hermann notes that paying attention to the populations that are affected is equally important.

“I think one of the biggest take-homes of this paper is if you’re looking at these species that are of very high commodities that are traded on the black market or have these really luxury products, you can focus on the price, but one of the most important things in thinking through how much that species is actually at risk is a species’ biology, not what is happening on the black market,” Fredston-Hermann said.

Rather than primarily focusing on black market purchases, Fredston-Hermann proposes that keeping track of the species at risk may help conservation efforts.

“So you can try really hard to identify the exact black market price of some horn, or try really hard to disrupt that supply chain, but what we are pointing out is you should also consider what is happening to the population, how much it is aggregating and what is happening to the range. That should ideally filter the way we manage those species and which ones we prioritize to conserve,” Fredston-Hermann said.

The authors are hopeful that their study will provide guidance and direction for conservation biologists and managers of natural resources in discerning what makes sense to focus on and what is not worth their time and attention.

For future research, they are interested in teaming up with scientists studying climate change to take real forecasts of how ranges are going to shift with climate change and link that to the model to determine how this will affect harvested species, which will hopefully help further inform management.