The UCSB men’s tennis 2017 campaign wraps up this weekend, as Santa Barbara is set to face off against rival Cal Poly for the regular season finale at home. 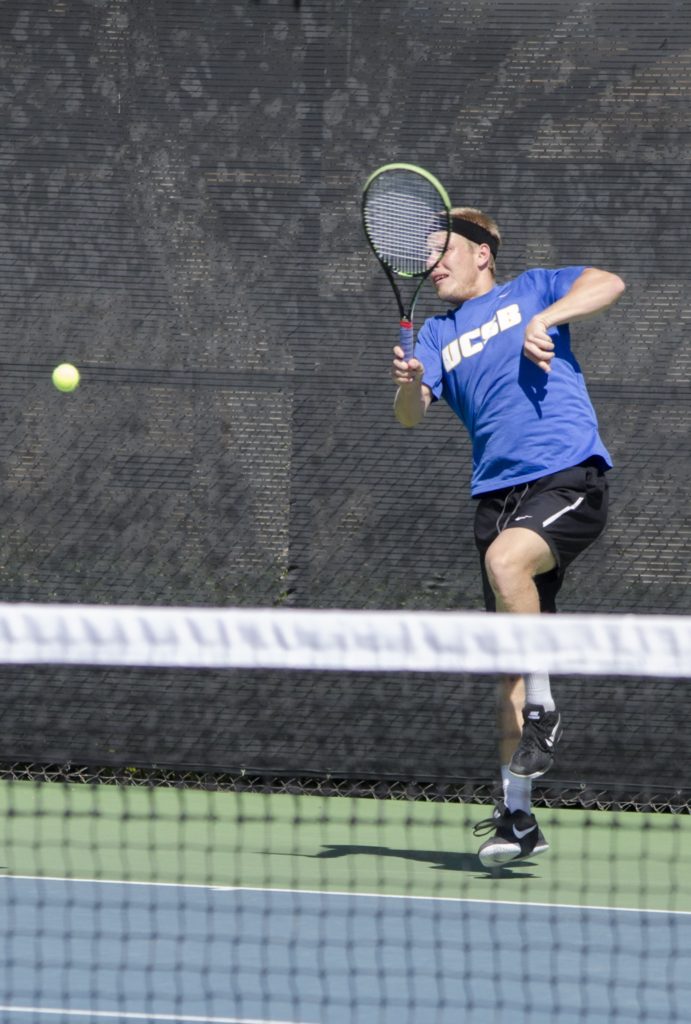 Both the Gauchos and the Mustangs are in the race for a Big West first-seed finish, as this next meet will surely be a nail biter. UCSB is currently in first place with an undefeated conference record at 4-0, while second-place Cal Poly trails closely at 3-1.

Santa Barbara is in outstanding form at the moment, as they are coming off yet another double-header sweep. This now increases their overall record on the season to 16-5 and extends their current win streak to nine in a row.

There are a few updates to report in regards to the team, as UCSB is now ranked No. 42 on the Intercollegiate Tennis Association’s rankings. They were previously No. 48 in the nation, but their dominance over UC Irvine and UC Riverside elevated them through those six spots. The star duo of Simon Freund and Morgan Mays recently dropped down to No. 29, previously No. 23, in doubles rankings after not playing together this past weekend. The Gauchos also currently stand at a .762 win percentage and will remain above the .700 mark no matter the result of this weekend’s meet.

Recently, the Gauchos have found strength in their singles play consistency. Their doubles play, however, has averaged out as an even split throughout the month of April.

As for Cal Poly, they currently stand at a 16-6 overall on the season following their pair of conference wins also against UC Irvine, 5-2, and UC Riverside, 6-1. The Mustangs are currently ranked No. 44 on the ITA standings, a one-spot improvement on their previous No. 45 overall rank. Beginning in early March, Cal Poly was on an eight-game win streak before falling to UC Davis, for its first conference loss on April 2. The Mustangs currently have one ranked doubles team of Corey Pang and Ben Donovan, who are No. 55 in the nation. Donovan is also No. 113 on the ITA singles play rankings.

Cal Poly has been on a roll in doubles competition, as they have yet to lose a contest throughout the month of April. In terms of their most recent loss against UC Davis, the Mustangs weren’t able to find singles play consistency early on, thus earning themselves their only loss since March 5.

This weekend’s matchup against Cal Poly will also act as UCSB’s senior day. There are currently only two seniors on the team; the Gauchos will be honoring Morgan Mays and Teague Hamilton.

The Blue-Green rivalry of UCSB versus Cal Poly is set to occur this Saturday, April 22 at 2 p.m. at home in Santa Barbara.