The Daily Nexus
News
‘Green-Efficient’ Off-Campus Housing To Be Ready This Fall
April 20, 2017 at 12:11 am by Matthew Wu

Ongoing renovations of the San Joaquin apartment buildings are scheduled to be completed this coming fall, with an emphasis on sustainable and green energy as a focus for the renewal of the off-campus dorms. 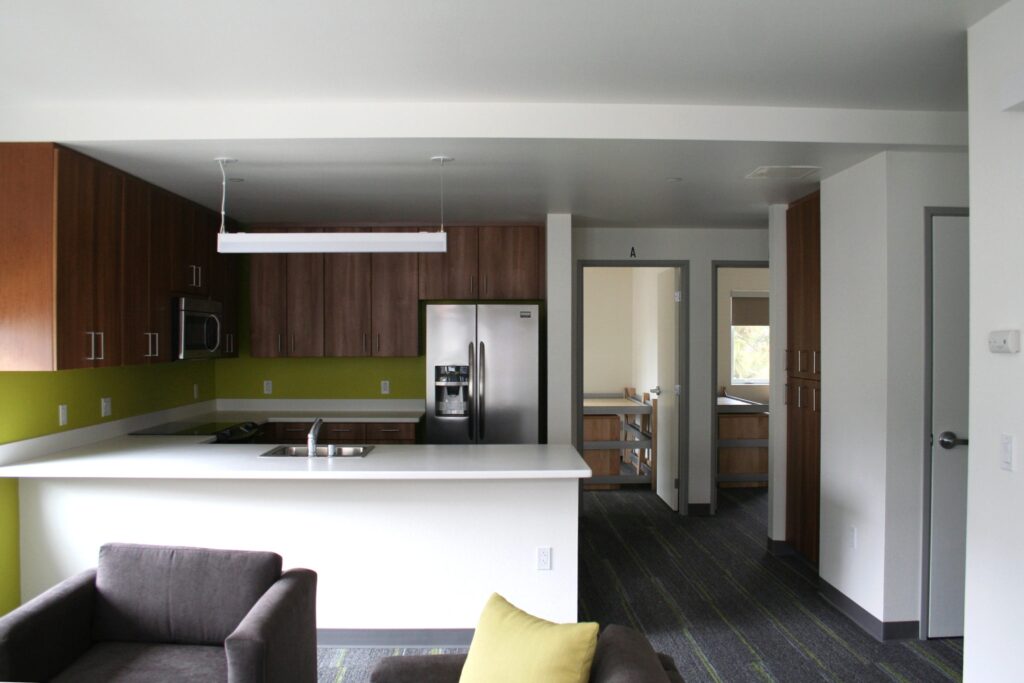 Construction leads hope that the ambitious proceedings of these renovations can set forth a precedent in creating a more environmentally friendly setting within the campus and improving the quality and health of the lives of students who will be living in these off-campus dorms next year.

The San Joaquin apartment renovations are one of the largest projects underway at UC Santa Barbara, with a proposed amount of $122 million going toward construction and an estimated 670,000 hours worked to date.

Upon completion, it will accommodate 186 units, housing a total of 1,019 beds for potential students living on campus over 14 acres of site development, all while including new sustainable and energy-saving features.

The apartments will use the standards of Leadership in Energy and Environmental Design (LEED), a global green building certification program, in addition to current campus green building goals in measuring their environmental efficiency.

Such certifications are based on the various components of the apartment complex and how efficiently these different factors contribute to a more environmentally friendly site, according to the LEED construction certification requirements.

Many of the buildings featured within the San Joaquin apartment complexes will be able to reach the LEED Gold standard, the second highest green-efficiency level behind Platinum.

Among the new features of San Joaquin apartment complexes is a revamped version of the Portola Dining Commons, a marketplace at which students can buy groceries, as well as various outdoor recreational facilities such as basketball and volleyball courts.

“It’s almost like a mini-campus away from campus,” said Marc Rousseau, the energy and environmental manager for residential operations. “[The marketplace] will make it easier for students to not have to go all the way down to Costco to shop for groceries.”

Rousseau said the original intent behind making these apartments more environmentally friendly was in response to student demands at UC meetings in pushing for greener construction as well as sustainability in the buildings.

“I like to say that it’s student-driven why we’re here,” he said.

Brian Graham, project manager for the construction site, said in addition to the apartment buildings being more environmentally friendly, such installments will help save costs of maintenance and repair in the future.

“A lot of the sustainable buildings do cost more upfront, but they do have a somewhat higher payback,” Graham said.

Features such as sensor-based lights, which remotely turn off when not being used, as well as the use of recycled water, help alleviate the costs of energy consumption.

Rousseau said while the environmental aspects of San Joaquin are major highlights in its construction, it is only one small project in the larger view of environmental conservation efforts.

“This project isn’t going to save the world,” he said. “But it’s a great example of things that operators and building owners can do when they make a change.”

Rousseau said such environmental efforts are created in the hopes of improving both the lives of students and workers within the community. Greater understanding of these environmental aspects can lead to more awareness of the topic of environmental conservation, he said.

“It’s to build an environmentally friendly building and a building which students can live safely and learn in,” Rousseau said. “That’s why we’re here. And to live in a community that’s comfortable and healthy.”