Candidates for the Associated Students External Vice President of Local Affairs met Wednesday to contend why they are best qualified to represent students to the county on issues that include community policing, tenants’ rights and sexual assault prevention.

The election of this year’s EVPLA comes at a turning point in Isla Vista’s political history. The passing of Measure E last November to create a Community Services District (CSD) marked a substantial victory for proponents of self governance following a decades-long movement for better representation for I.V. residents, a development both candidates vowed to capitalize on if elected. 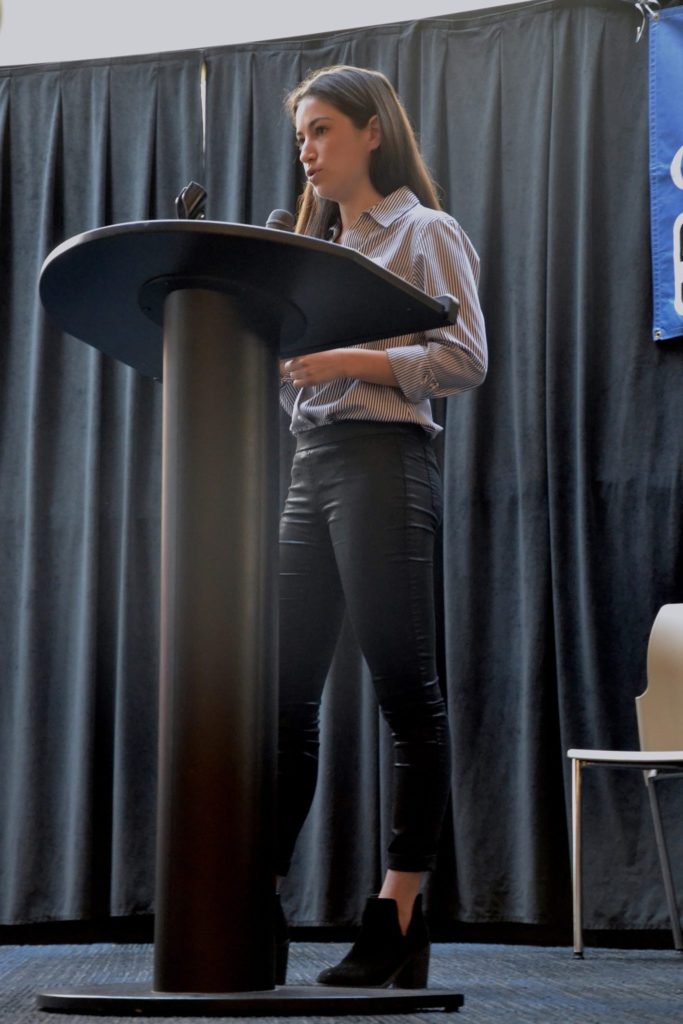 Delivering opening remarks first, Dumlao said he would work closely with the Campus Advocacy, Resources & Education (C.A.R.E.) office to create policies to support survivors of sexual assault as well as create an active community center in I.V. to center the needs of marginalized students.

Stoll said since her freshman year she has worked to cultivate a place for herself both in A.S. and in the county, and she would work to hold representatives accountable and make the concerns of students in I.V. heard by the county officials.

During the forum the two candidates answered both questions prepared prior to the event by the A.S. Elections Board and those anonymously shared from the audience.

Here is a breakdown of the topics discussed in Wednesday’s EVPLA forum:

In each of their closing remarks, both candidates emphasized their dedication to working alongside the CSD board to create a strong and safe community in I.V.

Stoll said she plans to address each of the issues in the I.V. community one-by-one in the most thorough way possible and will draw on her experience as an off-campus senator and a member of the CSD campaign.

“Knowing our representatives [and] being a part of these community meetings, I feel that I will be the best person to represent student voices in our local government and in our county and make sure Isla Vista stays strong and stays safe and students are aware of their resources and representation,” she said.

Dumlao emphasized that it is extremely important to him to ensure that all I.V. residents are welcomed and safe in I.V. by making sure that the the CSD hears marginalized students’ voices.

“There are many communities in Isla Vista that don’t feel welcome and don’t feel safe all the time,” Dumlao said. “We want to make sure that Isla Vista is a place that we all feel loved.”

Campaigning for A.S. Elections began Sunday and will continue for the next two weeks until voting results are announced on the night of April 27.