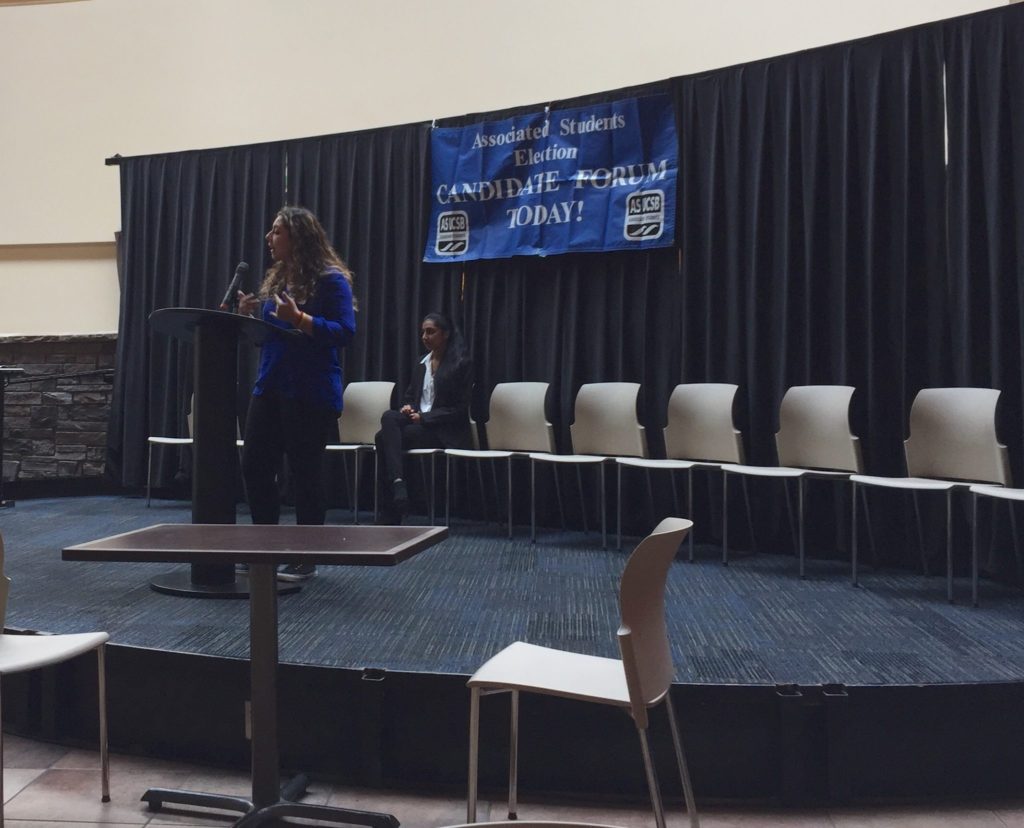 Jasmine Sandhu, third-year political science and biology double major, is the Campus United candidate for internal vice president. She currently represents the College of Letters & Sciences on the A.S. Senate.

The first to deliver opening remarks, Silva said she was inspired to run for the position after seeing the work of other students on Senate.

“I feel that students are always historically underrated — especially under the administration — on the state level and national level,” she said. “We really need to tap into the potential, and as a candidate, I feel like that would really be a great role of mine.”

Sandhu, in her opening remarks, said she decided to run for office after learning from her friends of the different ways that UCSB can improve.

“I see so much potential in this school, and that’s why I want to continue running with the association,” she said. “I know there are so many changes I could make here that would positively impact students and the campus.” 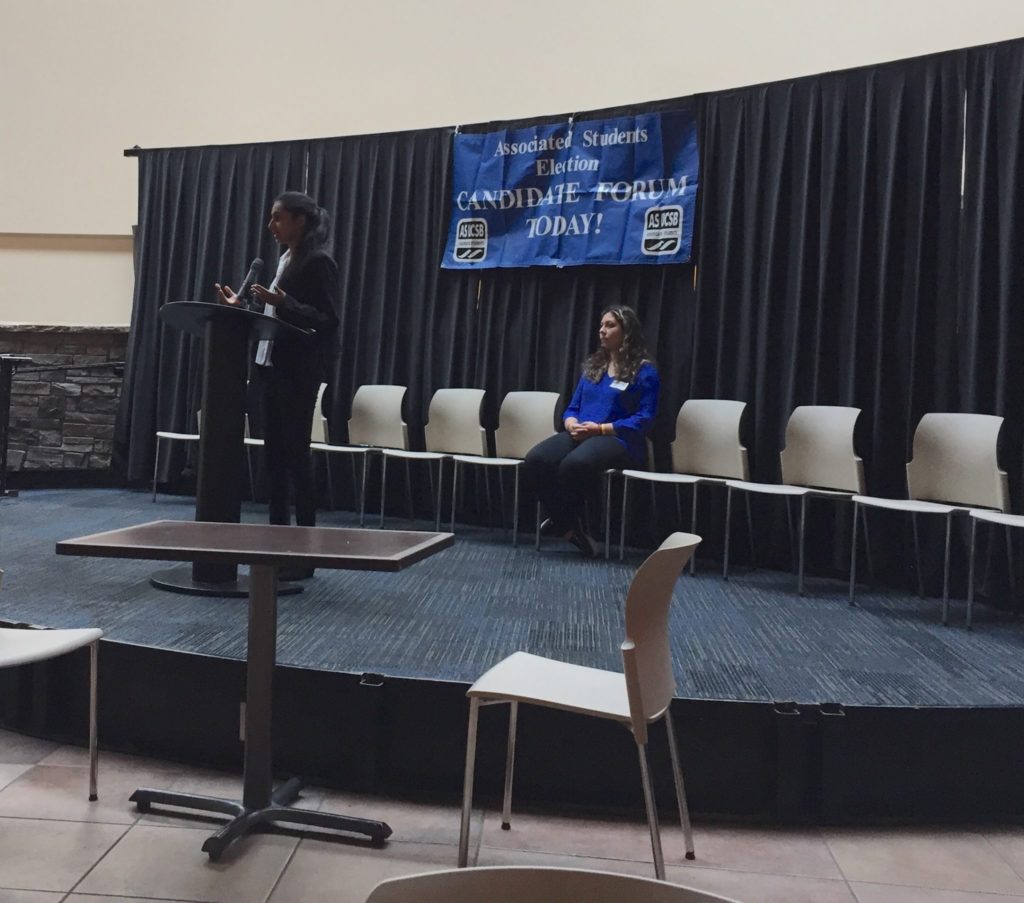 Andy Doerr, manager of the A.S. Media Center, moderated the forum. He posed six questions, formed by the A.S. Elections Board, and gave the candidates one minute each to answer. Doerr also relayed questions asked anonymously by audience members.

Here are the highlights of Monday’s IVP candidate forum:

both are completely unprepared.