UC Santa Barbara’s Pride Week hosted an event centered on combatting anti-blackness in the LGBTQ community this past Wednesday in the Student Resource Building. 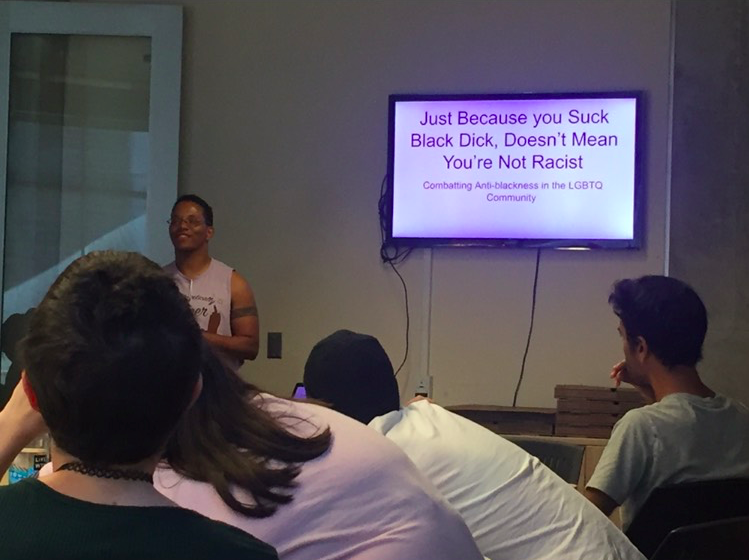 The event, titled “Just Because You Suck Black D*ck Doesn’t Mean You’re Not Racist,” was part of the 18 total Pride Week events throughout Apr. 10-18. Johari Hunt, the event host and a first-year chemistry major, discussed queer history, racism, sexualization of black bodies and the intersection of people of color, social media and the LGBTQ community.

The event began with a discussion about queer history and what the minority community within the LGBTQ community looked like throughout the 1900s, specifically “drag ball culture” and the houses in New York that acted as safe spaces and cultural havens for the LGBTQ community.

Hunt went on to define racism, prejudice and how the “system of advantage based on race” allows society to understand various forms of oppression.

“Racism isn’t defined by someone saying the n-word, but its systematic and institutional,” he said in an interview. “It is whenever a black person says they’re afraid of police. It is being seen as a criminal before you’re even seen as a child.”

“[Racism] is … a system involving cultural messages and institutional policies and practices as well as the beliefs and actions of individuals,” Hunt added.

Connecting racism and prejudice to the perceptions and stereotypes of masculinity and femininity within the LGBTQ community led to an engaged discussion at the event about the intersections of social media, people of color and the LGBTQ community.

Hunt’s final segment focused on HIV/AIDS history and the fact that HIV and AIDS transmission within the black community has been neglected in conversations about sex. This has led to a lack of visibility about the topic, he said.

During audience discussion, audience members pointed out the history of United States Vice President Mike Pence and the LGBT community.

According to the New York Times, an archived version of the website for Vice President Pence’s 2000 congressional campaign addressed the issue of the Ryan White Care Act, which provides federal funding for HIV/AIDS patients and was reauthorized by Congress that year.

The website stated that reauthorization of the act should be completed only after an audit to ensure that federal funding would not be given to organizations that “celebrate and encourage the types of behaviors that facilitate the spreading of the HIV virus.”

The website also stated that funding and resources “should be directed toward those institutions which provide assistance to those seeking to change their sexual behavior.” 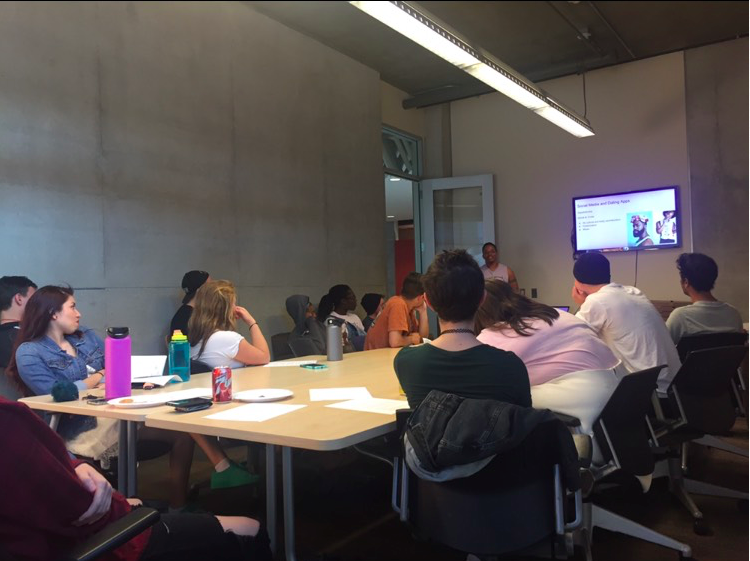 “People who have certain life experiences, like being black and gay or living with HIV, that are not in a research paper or in an article, need to be talked about,” Hunt said.

Hunt said the hardest part of organizing the event was putting something so blatant into context.

In the process of creating the event, Hunt said he thought about issues that gay men face “all the time” and found that masculinity, and what it means to be masculine, is a critical concern.

“Then it went to being black as perceived,” Hunt said. “And then I reached the actual sexualization of black bodies.”

Hunt said he felt the event presented his central points openly enough to promote and discuss as well as establish future conversations.

He wanted his audience to leave “not with answers, but with the willingness to look for them.”

With an event title like that, you’d think this was Young Americans for Liberty.

Well, even if they didn’t mention him by name, I’m willing to bet anything that this event was inspired by Milo. So maybe it’s a self-perpetuating cycle…

Well this event is sure to draw all the Democrat boys on campus.